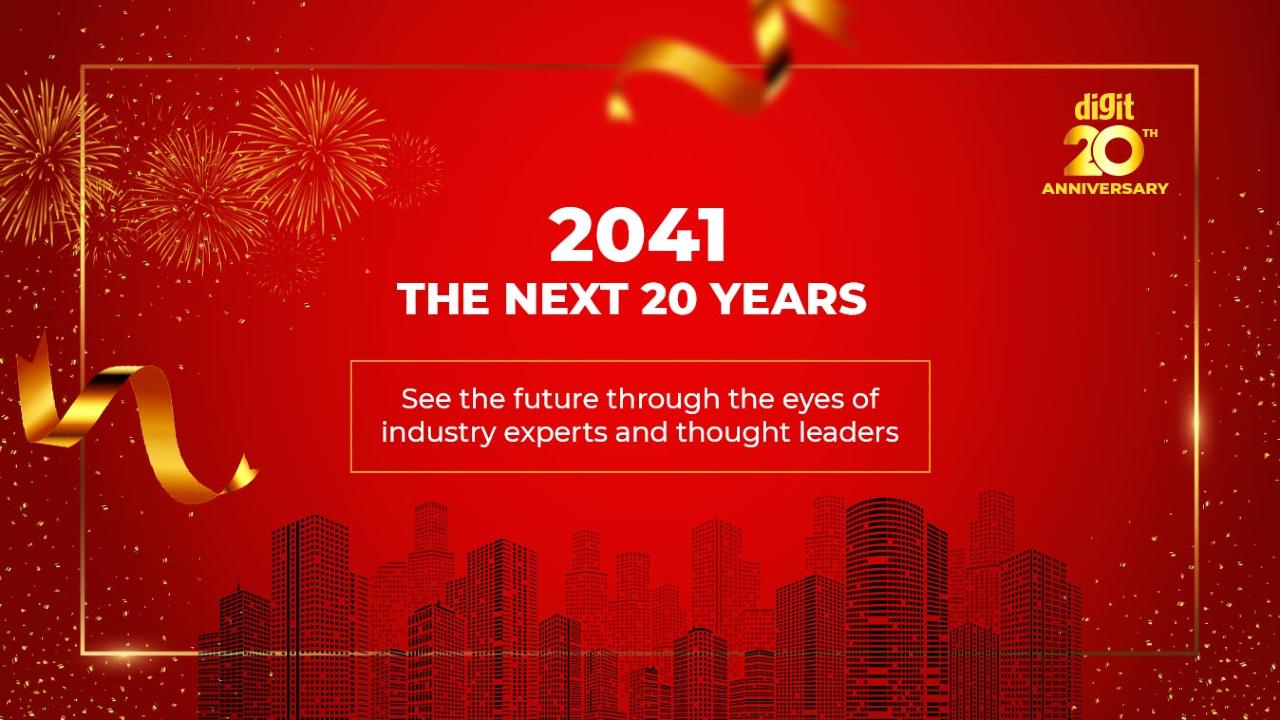 It’s our 20th birthday this month, and we are celebrating it in a big way!

We are inviting industry experts, researchers and scientists to write in and paint a vision of the future, 20 years from now. This article is the teaser that whets your appetite for all of the soothsaying that lies ahead. But first, let’s remember where we came from...

Digit was launched 20 years ago, and since then, a myriad of things have happened that were pathbreaking and innovative. We were there when the first iPod launched, and also when the first few Apple stores opened. BitTorrent was first showcased at DefCon 2001, Wikipedia was created, Windows XP was released and Anna Kournikova was a virus that had IT admins everywhere shaking their head in dismay at employees. Google image search was born because of that green dress of J-Lo, and the hottest phone on the market was the Nokia 3310!

We were reviewing the latest PC hardware at a time when owning a PC was still a luxury for most Indians, and lakhs of readers lived vicariously through our test centre’s articles. Digit was the first magazine on the planet to give away a VCD of a Hollywood blockbuster to its readers. When we wanted our readers to upgrade from CD drives to DVD drives, the demand from our readers was so overwhelming that the country ran out of DVD writers, and brands had to scramble to import more to meet demand. You can read more about our 20 year history in a special Rewind 20 book that we’re publishing in our 20th Anniversary issue, available to read in both print as well as digital formats soon.

Over the past 20 years we’ve seen wireless technology go from good old GPRS to 5G, and broadband speeds have gone from the good old 56.6 kbps dial-up internet in institutions, to gigabit connections at people’s homes! Smartwatches that you can buy today have more computing power than cheap PCs did 20 years ago, and in general, technology has gone from being a luxury to now being a necessity in everyone’s lives.

So where will science and technology lead us in 20 years time? Will we all become cyborgs, and have technology embedded inside us? Will we invent the AI that eventually kills us – an ultimate weapon of mass destruction? Will technology and gadgets themselves just disappear into the background, and become invisible? How do brands see various fields of innovation such as AI, IoT, Big Data, 5G and more changing how they function and innovate themselves? Let’s find out:

Click on an author name below to read their column, come back here or head to the 20th Anniversary microsite to find the next gem to read…

Here's the Honda Striemo, The Company's New Three-Wheeled Electric Scooter
Jio Unlimited Data Plan 2022: A Look at the Best Reliance Jio Plans With Unlimited 4G Data, Calls and SMS
Jio Prepaid Plans Hiked By Upto 20%; Which Plan Is Best For You
Internet Explorer Alternatives As The OG Browser Is Retiring This Week
TANCET 2022 Results Are Out: Direct Link To Check On The Anna University Website
Advertisements