From communication to entertainment, smartphones play a part in every aspect of our lives. Smartphones serve a lot of purposes today, with many people having different expectation of their next phone, fom example, like buying a mobile with the best battery backup. However, this is now turning into a must for most people. Overtime, it has become clear that it is essential for all to have smartphones with best battery backup. Some people need better performance, some want to have the best camera and some just want their smartphone to look good. But, a big battery is important for any smartphone as it is needed to make sure that all the parts in a phone keep ticking and the user remains connected to the world outside without any troubles. Now, we are fast approaching a time where almost every smartphone can provide on most of these above mentioned aspects. Even battery life is not a constraint anymore for most phones. With more than a few good long battery backup mobiles available, it has become difficult to choose the best battery backup phones in India. But, fret not. Our list of best battery life mobile phones mentions the best phones we have tested in the past year or so. Some of these offer not only good battery but decent performance as well. 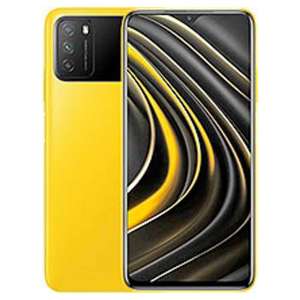 The Poco M3 is the successor to the Poco M2 and features a new design with an extended camera module and a textured back panel. The Poco M3 also has a triple camera setup along with a high-capacity battery to boot. The phone is 9.6 millimetres at the thickest point and weighs 198 grams. The Poco M3 features a 6.53-inch Full HD+ display with a waterdrop notch cutout for the selfie camera. This gives the screen a 19.5:9 aspect ratio and is further topped with a layer of Gorilla Glass 3. It is powered by the Qualcomm Snapdragon 662 processor with an octa-core CPU and Adreno 610 GPU. This is paired with 4GB RAM and upto 128GB storage variants. The phone has stereo speakers and a side-mounted fingerprint reader. It is fitted with a 6,000mAh battery that supports 18W fast charging. Poco claims that the M3 is capable of lasting 40 hours on calling or 196 hours of music playback or 17 hours of video viewing. The Poco M3 has a triple camera setup on the back that consists of a primary 48MP camera with an f/1.8 aperture, a 2MP macro camera and a 2MP depth sensor.

The Redmi 9 Power is the fifth smartphone in the Redmi 9 lineup after the Redmi 9A, Redmi 9i, Redmi 9 and Redmi 9 Prime. The phone is also equipped with a large capacity battery to boot. Xiaomi Redmi 9 Power features a 6.53-inch Full HD+ (2340 x 1080 pixels) resolution display with a waterdrop notch cutout for the selfie camera. The screen is topped with Gorilla Glass 3. It measures 9.6 millimetres and weighs 198 grams and has a plastic built. The phone is powered by the Qualcomm Snapdragon 662 processor with an octa-core CPU and Adreno 610 GPU. This is paired with 4GB RAM and upto 128GB storage options to choose from. The Redmi 9 Power also offers storage expansion via microSD card for upto 512GB. It has a quad-camera setup on the back with a 48MP primary camera, an 8MP ultra-wide-angle camera, a 2MP macro camera and a 2MP depth sensor. On the front, there is an 8MP selfie camera housed within the waterdrop notch. The Redmi 9 Power has stereo speakers along with a side-mounted fingerprint reader. It is equipped with a 6,000mAh battery that supports 18W fast charging.

Galaxy F62 is Samsung's latest mid-range phone that focuses on keeping things simple with its big battery, display and powerful processor. The Galaxy F62 promises flagship-like performance with its 6.7-inch Full HD+ resolution AMOLED display. This 9.5mm thick phone weighs 218 grams and houses a punch-hole cutout in the top-center for the selfie camera. One of its main features is the presence of the Exynos 9825 processor with a configuration that offers an octa-core CPU running at up to 2.7GHz sat next to a Mali0G76 GPU. The phone offers high amount of RAM and storage, with the latter expandable using a MicroSD card. It runs on Android 11 based OneUI 3.1 out-of-the-box. Samsung Galaxy F62 comes with a 64MP primary camera set-up that also houses a 12MP ultra-wide-angle camera and a 5MP depth sensor and a 5MP macro camera. On the front, there is a 32MP selfie camera for selfies. However, the biggest highlight of the F62, and possibly the biggest reason why it should be considered for purchase is its large 7,000mAh battery that supports 25W fast charging.

The Asus ROG Phone III has gaming DNA through and through, whether its in the choice of components or the phone's design. The ROG Phone III is the third iteration in the series of gaming phones by Asus that features all the bells and whistles that one would expect from a gaming phone. It’s powered by a flagship Snapdragon processor with a high refresh rate screen and a high-capacity battery to boot. Asus built this phone to take on the most demanding of tasks, and as such, it runs a Qualcomm Snapdragon 865+ SoC at its heart, paired with 8GB of LPDDR5 RAM. It has a 144Hz OLED display which makes not just gaming, but also using this phone in general a very fluid experience. The phone comes with Air Triggers to help you score better in your game, and a USB Type-C port on the side so that a charging cable never gets in the way of your gaming session. For cameras, the ROG Phone III comes with a triple camera setup that consists of a primary 64MP camera with an f/1.8 aperture, a 13MP ultra-wide-angle camera with 125-degree field-of-view and a 5MP macro camera. On the front, there is a 24MP selfie camera with an f/2.0 aperture. The rear cameras are capable of recording in 8K UHD at 30FPS and 4K UHD at up to 60FPS with support for OIS and EIS. The battery on this phone is a massive 6000mAh unit, again designed to let you game for hours upon hours.

The Galaxy M51 is one of the best smartphones when it comes to battery life. It comes 7,000mAh battery. This simply means you will have a hard time draining the battery of this smartphone in one, two, even three days if used moderately. The M51 also relies on the Snapdragon 730G SoC and rocks a 64MP quad camera stack, making it quite a wholesome offering. There are a number of interesting things to note about the Galaxy M51, however, the biggest highlight of the device is definitely its 7000mAh battery pack which can be charged using a 25W charger that Samsung ships with the device in the box. Apart from this, the Galaxy M51 also goes big on cameras with the device coming with a quad-camera set-up with a primary 64-megapixel lens that can capture some really impressive photos. The Galaxy M51 gets a rear camera setup with a 64-megapixel primary sensor with an f/1.8 aperture. Sat next to it is a 12-megapixel ultra-wide-angle lens that brings with itself the 123-degree field-of-view, a 5-megapixel depth sensor, and a 5-megapixel macro camera.

Realme Narzo 20 features a 6.5-inch HD+ resolution display along with a waterdrop notch cutout. The phone measures 9.8 millimetres in thickness and weighs around 200 grams. The Narzo 20 packs in the MediaTek Helio G85 processor paired with 4GB RAM and 64GB/128GB storage options to choose from. The phone also supports microSD cards of upto 256GB and runs on Realme UI.Realme Narzo 20 comes with a triple camera setup on the back that consists of a primary 48MP camera, an 8MP ultra-wide-angle camera with 119-degree field-of-view and a 2MP macro lens. On the front, there is an 8MP selfie camera housed within the notch cutout. However, the biggest feature of the Narzo 20, one that definitely makes it worth buying is its big battery life. This is because the Narzo 20 is equipped with a 6,000mAh battery with support for 18W fast charging. This should be good for watching movies, and playing games on it.

Redmi Note 10 Pro Max features the same 6.67-inch Full HD+ Super AMOLED display with 120Hz high refresh rate support. The screen offers upto 1200 nits brightness, is HDR10+ certified and is topped with a layer of Gorilla Glass 5. The phone uses a Qualcomm Snapdragon 732G processor with an octa-core CPU and Adreno 618 GPU. This is paired with upto 8GB LPDDR4X RAM and upto 128GB UFS 2.2 storage options to choose from. The Redmi Note 10 Pro Max also has a quad-camera array on the back headlined by a 108MP camera that uses ISOCELL HM2 sensor. This is sat next to an 8MP ultra-wide-angle camera with 118-degree field of view, a 5MP macro camera and a 2MP depth sensor. The phone also has a 3.5mm audio jack, IR sensor, stereo speakers, 360-degree ambient light sensor and more. Further, it is also equipped with a 5,020mAh battery that supports 33W fast charging out-of-the-box.

The iQOO 3 is a phone that offers a good experience and a big battery life. It features a 6.44-inch Full HD+ 20:9 E3 Super AMOLED panel with 2.5D curved glass. It also supports HDR10+ video playback and has a high 800 nits of average brightness and a peak of 1200 nits. The iQQO 3 also offers high touch response rate of 180Hz, as opposed to 60Hz found on most competing phones. Under the hood, it is powered by Qualcomm’s Snapdragon 865 chipset paired to 8GB of RAM and 128GB of storage. The chipset is energy efficient and helps improve the phone's battery life. The hardware is further supplemented by interesting gaming first features like the Ultra Game Mode which offers a game space where users can toggle features such as blocking background calls and notifications and giving precedence to allocating resources for ensuring high frame-rates during the gaming session. Additionally, the iQOO 3 comes with pressure-sensitive Monster Touch Buttons for enhancing the experience of playing games on the device. The phone offers a big 4440mAh battery that supports 55W of fast charging. The IQOO 3 also gets a quad-camera set-up which includes a 48-megapixel main sensor.