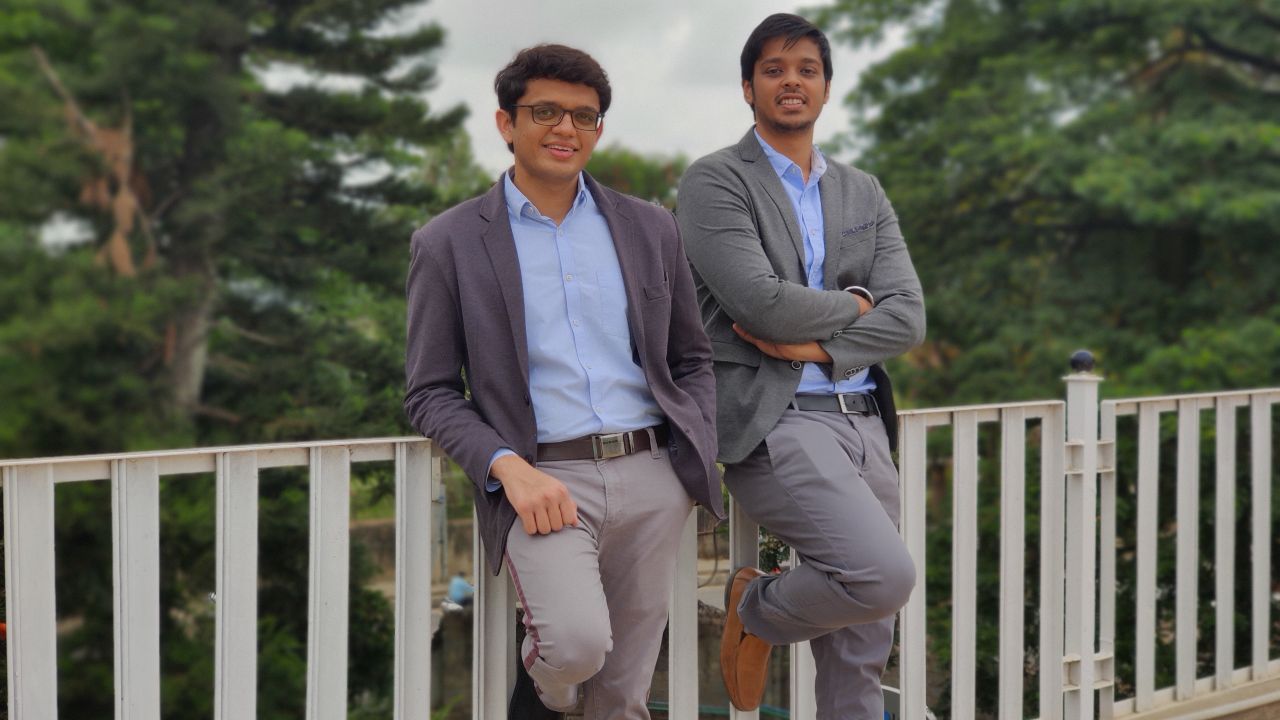 We're celebrating our 20th birthday this month, and we've invited industry experts, researchers and scientists to write in and paint a vision of the future, 20 years from now. Here's what Mr. Akshay Singhal and Mr. Kartik Hajela, Founders, Log 9 Materials had to share about their vision of the future.

According to the Intergovernmental Panel on Climate Change (IPCC), the CO2 released till the end of 2017 had raised the average surface temperature by ~1.1°C -- which can drastically affect the stability of the oceans and land mass. Globally, large economies such as China (27.2%), United States (14.6%) and India (6.8%), account for roughly half of the global CO2 emissions. Further, as per the Our World in Data CO2 and Greenhouse Gas Emissions database, over 73% of these GHG emissions come from the global energy requirements. Hence, needless to say that clean energy generation, transmission and utilization are going to make the biggest contributions towards preventing climate change in the years to come.

“In order to be a decarbonized economy by 2050, we have to bend the (emission) curve by 2020….it is urgent and necessary.” – Convenor, Mission 2020 and Former Executive Secretary of the UN Framework Convention on Climate Change

In this regard, one of the major push areas worldwide in the recent past has been towards adoption of Electric Vehicles (EVs) that are powered by electricity rather than fossil fuels. Li-ion batteries are conventionally incorporated in EVs due to their high energy density. However, force-fitting the Li-ion technology across all forms of vehicles and use cases is not only operationally challenging but also detrimental to the environment in the long run.

While Li-Ion batteries are quite viable for personal use case vehicles, but commercial vehicles, on the other hand, require high power capacity and longer life batteries. Supercapacitors and other high power cell based batteries can not only be rapidly charged in 10-15 minutes (compared to conventional battery charging time of 4-5 hours) but also offers a battery life of more than 15-20 years (whereas conventional battery life is around 3 years). Given that the average daily usage is significantly higher for the commercial use of vehicles, technologies like these would mean lesser number of battery packs being required over the life of the vehicle and hence lower GHG emissions per vehicle (a typical NCM111 battery produces total 73 kgCO2 eq/kWh). Supercapacitors can also be incorporated in EVs/Hybrid vehicles to capture regenerative braking energy that not only enhances the life of the battery but also reduces the CO2 emissions by converting the K.E. of the vehicle while deceleration into electrical energy and thus making the system more energy efficient.

For Long Haul LCVs and HCVs, including trucks and buses, which are extremely difficult to be electrified using the conventional Li-Ion batteries due to limited range, Fuel Cell technology is a promising alternative which can provide the benefits of the high energy density along with a solid, stable and recyclable fuel.  Also, it enables efficient and decentralized power generation that does not require any robust grid infrastructure and makes remote rural areas clean and self-sustaining in terms of their mobility needs. Fuel Cells -- whether Aluminum or Hydrogen-based -- would enable utilization of excess energy generated on the grid to be used for creation of these fuels which can be used whenever required to power up the vehicles. This is extremely critical in case of intermittent energy generation from renewables such as Solar and Wind. 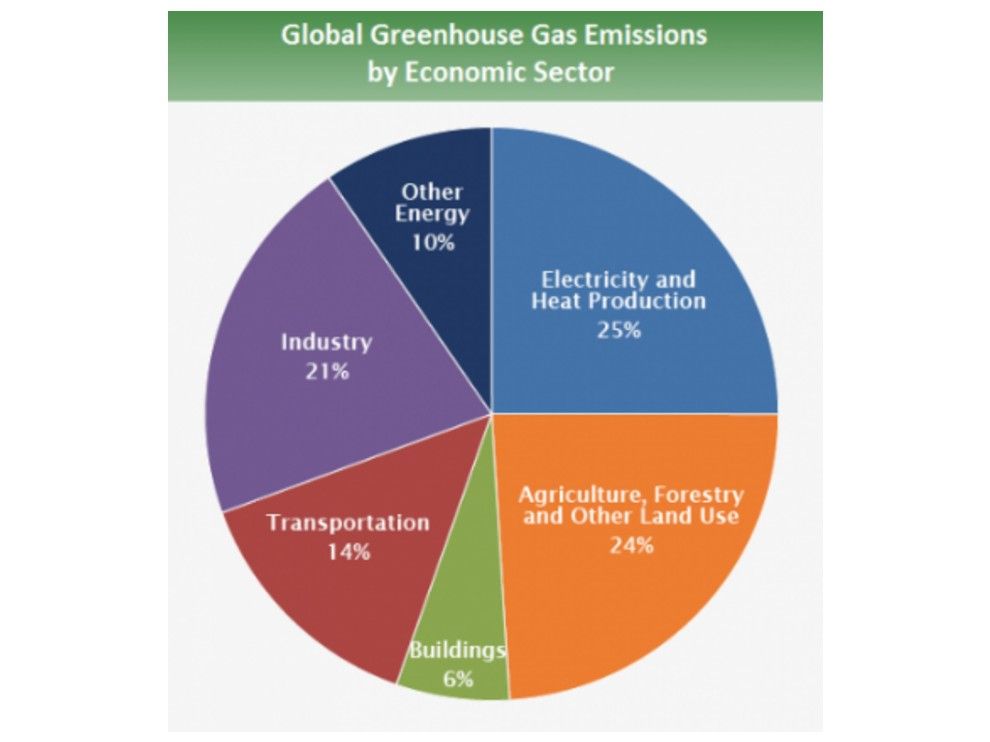 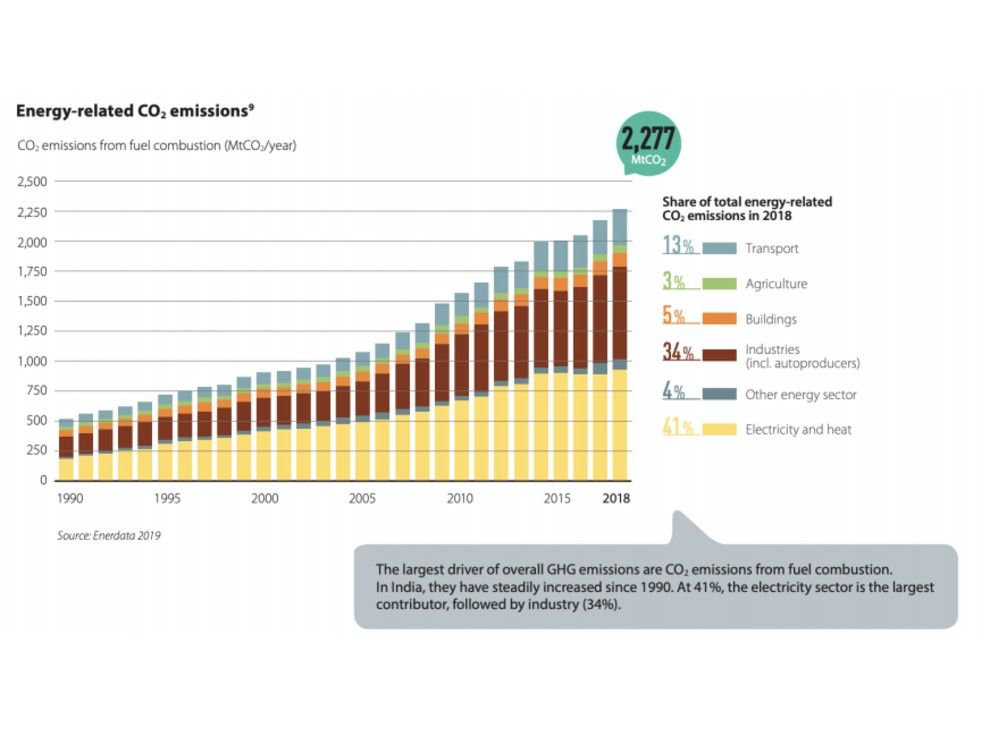 Thus, it is important to implement renewable energy as an alternative to the fossil fuels to meet the extensive global energy requirements. Wind and solar are the most abundant sources of energy available across the globe. Today, solar projects in the Middle East, China and India or wind projects in Brazil and the US, are approaching figures lower than $30/MWh, which is much lower than the coal-based plants.

Solar power plants can be installed by the industries at their rooftops or outside the premises anywhere in the state to generate sufficient power for its own captive uses. This is especially worthwhile for independent houses and commercial establishments which have significant daytime usage. By doing this, companies can save huge amounts of money on their bills. For example, for a power requirement of 1 Mega Watt, companies pay around Rs 27 lakh as electricity bill, which get reduced to Rs 2 lakh (the mandatory fixed rental of grid connection) by having captive renewable generation. Government of some states like Gujrat and Rajasthan are providing incentives and people are making 20-25% IRR on the initial capital expenditure. Since Chennai has a huge solar irradiance of 5.08 kWh/m2/day, solar power there has become one of the cheapest sources of energy there.

However, the larger question arises, why these renewables are not scalable? The answer lies in the fact that solar and wind energy cannot produce energy every hour of the day due to their high dependency upon the climatic conditions. For example, California state -- which has always been on the forefront of solar power -- has aimed to produce 50% of its electricity from renewables by the year 2030, but there is a hitch! Since sunlight is available only during the daytime, and the demand is more during the night time, it creates a mismatch between demand and the supply.  This is explained in terms of the “Duck effect”. Thus, to solve this very practical problem with the renewable energy, flexible, non-solar energy sources/batteries must be accompanied with grid power to manage sudden change in the solar power when sun rises or goes down. Another major challenge is the amount of space required for grid scale solar and wind installations requiring huge displacement of local wildlife and clearing out of vegetation, which doesn’t make sense from the environmental point of view as well.

Advanced Nuclear Energy: A Sustainable and Promising Energy Solution for the Future

Renewable technologies need a strong and stable grid power setup with low or nil GHG emission. In this context, nuclear energy can step in as the perfect partner for renewables.

Advanced nuclear reactors based on ‘Thorium’ are now being allocated as the great green hope of clean energy production, producing less waste and more energy than Uranium. 1 Ton Thorium produces energy equivalent to 200 Ton of Uranium and around 3.5 Million Tons of Coal. What’s even better is that Thorium is abundantly present in the world. Just to put that in perspective, a dice size piece of Thorium can generate enough energy to fulfil the lifetime requirements of an average human being. Other major safety advantages of Thorium-based reactors are that they don’t require highly pressurized water, they are meltdown-proof, have no weapons-grade by-products and can even consume legacy plutonium stockpiles.

The US based laboratories have partnered with Chicago-based Clean Core Thorium Energy (CCTE) to develop a new Thorium-based nuclear fuel – “Advanced Nuclear Energy for Enriched Life" (ANEEL) that gives faith to solve some of the thorniest problems nuclear power faces, including high costs and toxic wastes. India too has been working on a very ambitious yet important three-stage nuclear power production program to utilize the country’s vast reserves of Thorium-232. India has the largest reserves of Thorium in the world. However, over the past decade this program has lost a lot of steam, due to cost overruns, technical issues, vested interests and push away from nuclear due to the recent Fukushima-Daiichi nuclear disaster of 2011.

Bill Gates chairs a Company called “Terrapower” which is working on the innovation in “Thorium based nuclear energy”, which is an effective, zero emission technology. Bill Gates states that “Nuclear is ideal for dealing with climate change, because it is the only carbon-free, scalable energy source that’s available 24 hours a day. The problems with today’s reactors, such as the risk of accidents, can be solved through innovation”.

A very good comparison of nuclear and renewable energy lies in this example: France generates 72% of its electricity from nuclear and just 6% from solar and wind, whereas Germany generated 44.6% of its electricity through renewables. Due to unreliability of solar and wind sources, Germany had to spend 27% more on things like transmission lines from distant farms to cities which increases the cost of electricity. Thus, electricity in France today is 41% cheaper than Germany. Also, since solar farms need to be re-built every 15-25 years where nuclear plants last for more than 80 years and very less materials are used in the building nuclear plants (920 tonnes/TWh) as compared to solar plants (~ 16500 tonnes/TWh), it seems that the French model of electricity generation is a better approach than that of Germany that relies heavily on renewables. An important statistic is that only 1/10th of the Carbon pollution in France is attributed to its electricity production!

Nuclear power has always been the most iconic way to power up the planet. However, due to safety concerns the adoption has been marred, and that is where the new-age Thorium reactors become extremely important for the world. A right mix of Thorium based nuclear power with renewables could be our best solution in saving the world while sustaining human growth on this planet. For a progressive intelligent civilization, it is important to move towards more and more concentrated sources of energy generation, and Thorium-232 seems to be that ‘magic bullet’ we need.