If you are scouring the smartphone market in India for a cheap smartphone available on a budget, there is a huge catalogue to choose from. The best budget smartphones in India have grown from strength to strength and can also take on more expensive smartphones with relative ease. These days, budget smartphones offer powerful cameras and even more powerful hardware to power all your on-the-go computing needs. The top budget phones in India now offer high refresh rate displays, high-resolution multi-camera setups, good designs and hassle-free software. So, we put together our list of the best budget mobile phones for 2021 across various brands. Our best budget mobiles list gives the best options for buyers wanting a cheap smartphone available without breaking the bank. These pocket-friendly phones offer the best possible value in terms of specs, features and build quality. We have suggested most budget smartphones that are under 10K, or a little over 10K, since they provide a ton of compelling features and specs that can give even mid to high-end phones some thorough competition. 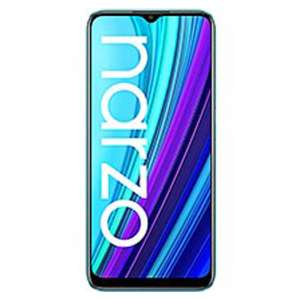 Under the popular Narzo series, the Realme Narzo 30A is a solid phone under 10000 that manages to pack enough firepower for its inexpensive price to impress users. The phone features the MediaTek Helio G85 SoC paired with 4GB RAM and 64GB storage. The chipset features an octa-core CPU and comes with the Mali G52 GPU that allows it to run even heavy-duty games such as Call of Duty, alongside the capable processor. The 13MP primary lens of the smartphone shoots decent shots in well-lit situations and the massive 6,000mAh battery provides impressive results as well. The device’s design is sporty, which should be appreciated by gamers. The display is a 6.5-inch panel with HD+ resolution, which is expected at this price point.

The Moto G31 comes with a 6.4-inch FHD+ AMOLED display with a punch-hole camera. It is powered by the MediaTek Helio G85 processor. Coming to the camera department, the G31 has a triple rear camera setup with a main 50-megapixel sensor. Sat next to it is an 8-megapixel ultra-wide and a 2-megapixel macro sensor. The smartphone has a headphone jack, a dedicated Google Assistant button, a rear-mounted fingerprint scanner, and a 13-megapixel front-facing camera. You also get a 5,000mAh battery that supports 20W fast charging.

The phone features an ultra-smooth 6.82” HD+ cinematic display with a 90Hz refresh rate and 180 Hz touch sampling rate. Under the hood, the Infinix Hot 10s is backed by the Mediatek Hyper Engine technology for intelligent dynamic management of CPU, GPU, and memory. It is powered by the ultra-powerful Helio G85 Octa-core processor. Apart from this, Hot 10S features a 48 MP AI Triple rear camera with f/1.79 large aperture, quad-LED flash, Time Lapse, and 8 MP AI front camera with dual-LED flash. The smartphone is equipped with a 6,000 mAh battery with 64 days of standby time. According to the company, it is supported by a power marathon tech that extends battery life by 25 percent.

The Redmi Note 10 brings with itself a 6.43-inch Full HD+ Super AMOLED display with 1,080 x 2,400 pixels resolution. It has a 20:9 aspect ratio, 100 per cent DCI-P3 wide colour gamut, and up to 1100 nits of peak brightness. The phone comes with a Corning Gorilla Glass 3 protection against accidental scratches and drops. The device has 8.3mm of thickness and weighs 178.8 grams. Under the hood, the smartphone is powered by a Qualcomm Snapdragon 678 octa-core SoC, up to 6GB of LPDDR4x RAM along with Adreno 612 GPU. The phone runs on Android 11 with the company’s proprietary MIUI 12 on top. This ensures that the phone can match up to the competition being offered by similarly priced phones.

The Realme Narzo 30 is powered by the MediaTek Helio G95 processor with an octa-core CPU and Mali-G76 GPU. This is paired with 6GB RAM and 128GB storage options to choose from. The storage is further expandable via a microSD card slot. The phone offers the basic set of sensors and connectivity features such as WiFi, Bluetooth 5.0 and a Type-C port for charging. The Narzo 30 is equipped with a 5,000mAh battery that supports 30W fast charging out-of-the-box. It can fully recharge the battery of Narzo 30 in 65 minutes. The Realme Narzo 30 has a plastic build with a gradient finish on the back. It measures 9.4 millimetres in thickness and weighs 192 grams. It is being offered in Silver and Blue colours to choose from. The Narzo 30 features a 6.5-inch Full HD+ (2400 x 1080 pixels) resolution display that supports a 90Hz refresh rate. It has a punch-hole cutout for the selfie camera upfront and the screen has minimal bezels on three sides.

The Xiaomi Redmi 10 Prime features a 6.5-inch Full HD+ (2400x1080 pixels) resolution display that offers upto a 90Hz adaptive refresh rate. The screen has a punch-hole notch cutout for the selfie camera and is also topped with a layer of Gorilla Glass 3. It measures 9.5 mm in thickness and weighs 192 grams. It is powered by the MediaTek Helio G88 processor that has an octa-core CPU clocked at upto 2.0GHz and Mali-G52 MC2 GPU. This is paired with upto 6GB LPDDR4x RAM and upto 128GB storage variants to choose from. It runs on MIUI 12.5 which is based on Android 11. The Redmi 10 Prime has quad cameras on the back headlined by a 50MP camera with f/1.8 aperture, an 8MP ultra-wide camera with 120-degree field-of-view, 2MP macro camera and a 2MP depth sensor. There is an 8MP selfie camera on the front. The rear cameras can record in 1080p at 30FPS.

The Samsung Galaxy F12 packs with a 6.5-inch HD+ Infinity-V Display, which is essentially a waterdrop notch. The display has an aspect ratio of 20:9 and can refresh at up to 90Hz. Underneath the hood we have an octa-core Exynos 850 SoC paired with 4GB RAM. This runs on Android 11-based One UI 3.1 Core. For cameras, there is the quad lens set-up at the back, with a 48-megapixel Samsung GM2 primary sensor. There's also a 5-megapixel secondary ultra-wide-angle sensor with an f/2.2 aperture. The phone also flaunts a 2-megapixel macro shooter with an f/2.4 aperture and another 2-megapixel depth sensor with an f/2.4 lens. For selfies, there's an 8-megapixel lens. Apart from this, the Samsung Galaxy F12 packs a 6,000mAh battery that supports 15W fast charging.

The Realme C31 launched in March 2022 and runs on Android 11 out of the box. The phone is available with 64 GB of internal storage. The smartphone is powered by the octa-core Unisoc T612 processor. It comes packing 4 GB of RAM and 64 GB internal storage as well.The storage can be expanded further via microSD card, which is convenient. You get a massive 5,000 mAh battery with no fast charging support. The Realme C31 boasts of a triple camera setup with a 13 MP primary sensor.

The Poco M3 is more than just its premium looks. It offers much more for an affordable price point including excellent battery life, decent performance, multitasking abilities, and a stereo speaker setup. It is a great option to consider under 15K, especially for users that are scouring the market for a smartphone that not only performs well but also looks great. Equipped with a massive 6,000mAh battery, a spanking FHD+ display, the Qualcomm Snapdragon 662 SoC and 18 W fast charging, the Poco M3 shares a few similarities with the Redmi 9 Power, however, it does differentiate itself due to its striking design.

The newly-launched Motorola Moto G30 is the company’s latest entrant to its G series in India, alongside the Motorola Moto G10 Power. The G30 is the more expensive of the two devices but comes with a pocket-friendly price tag of Rs 10,999. The phone features a Qualcomm Snapdragon 662 SoC paired with 4GB of RAM and 64GB of onboard storage. The phone houses a 6.5-inch display with HD+ resolution and 90Hz refresh rate. The phone ships with Android 11 out of the box and comes with Motorola’s ThinkShield technology, an end-to-end security layer for the smartphone. The phone is also equipped with a quad-camera setup consisting of a 64MP main lens, an 8MP ultrawide shooter, and two 2MP macro and depth sensors. The selfie camera is 13MP and is housed in a dewdrop notch. The Moto G30 doesn’t exactly impress in any one particular area but does a bit of everything considerably well for the price. The phone has decent cameras, bloatware-free software, high refresh rate display, and good battery life.