Jacky Baltes, President, Federation of International Robotsports Association (FIRA) talks about robotics in the next 20 years 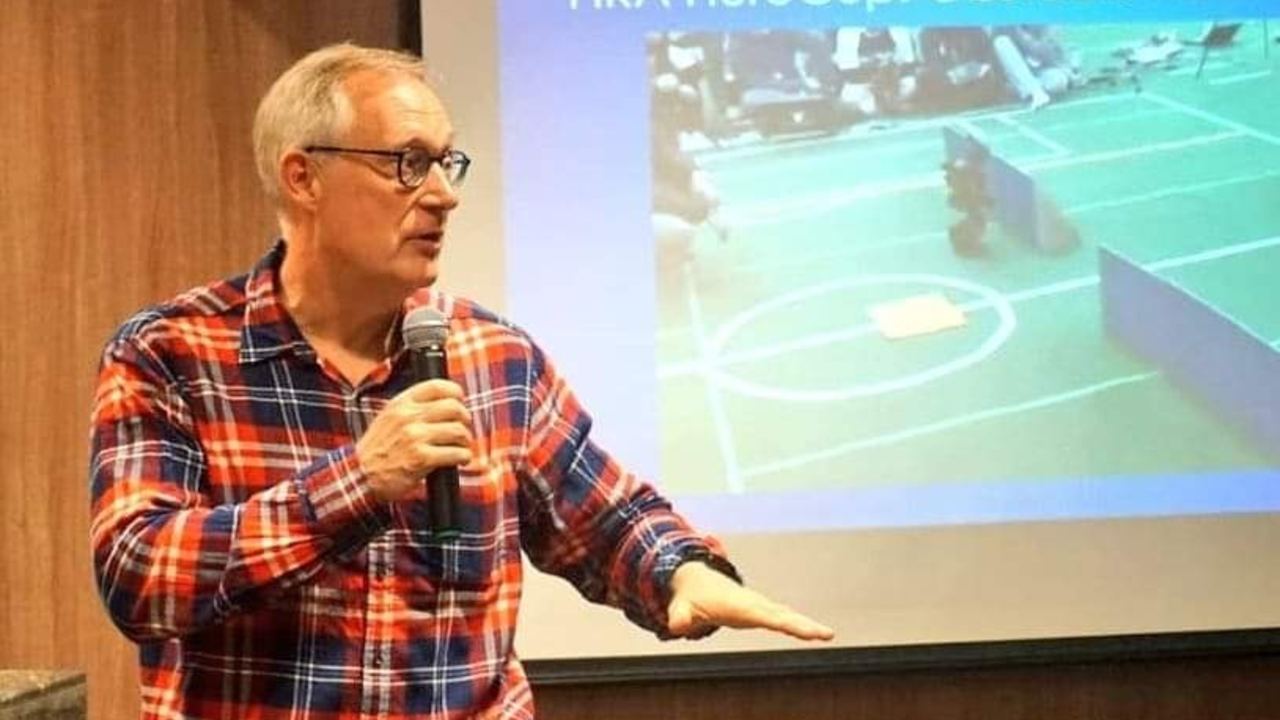 We're celebrating our 20th birthday this month, and we've invited industry experts, researchers and scientists to write in and paint a vision of the future, 20 years from now. Here's what Jacky Baltes, President, Federation of International Robotsports Association had to share about his vision of the future.

I believe that one of the greatest advancements in the next 20 years will be in the area of intelligent robotics. Increasingly, AI will be applied in physical systems that affect the real world as opposed to software agents.

As President of the Federation of International Robotsports Association (FIRA), it has been my privilege to work with talented researchers from all over the world and to see the improvement in intelligence. FIRA HuroCup is the most challenging competition for autonomous humanoid robots, where a single humanoid robot must compete in a decathlon of sports (e.g., sprint, marathon, obstacle run, basketball, weightlifting, archery, soccer, triple jump, spartan race, and disaster recovery).

Even though doing research on robot athletes looks like a lot of fun, it has serious ambitions. The goal is to develop Olympic caliber robot athletes, to better understand human intelligence and the way that humans are interacting with and reasoning about the physical world around them. This aim will be a necessary step to develop robust and versatile robots that can help humanities in a myriad of ways that we have not even envisioned yet.

Deep learning and its associated technologies has had a great impact on AI over the last 10 years and will continue to do so. Deep learning is an example of artificial neural networks, that are simplified models of the neurons and their connection pattern in the human brain. They work at a sub-symbolic level, that is, the system does not generate an explicit model of the world, but information is processed through subtle changes in the activation pattern of neural network nodes.  However, increasingly the shortfalls of subsymbolic only reasoning have become apparent, and I believe that similar to the time from 1990 to 2000, advances will come in the area of symbolic reasoning, reasoning that uses models of the world and inference over these models (e.g., my cat likes to chase mice, my cat just ran into the corner, therefore, there is probably a mouse in the corner).

I cannot omit a perspective on the impact that the COVID pandemic will have on our world. For more than a year now, the pandemic has impacted all our lives and it is still not clear when life will return to the majority of us. Many countries have had devastating outbreaks resulting in many deaths and long-term health issues. The lock-downs, work from home orders, and cancellation of many communal events  that were necessary to stem the spread of the disease has led to emotional and financial stress for many of us,

I believe that this outbreak has led many people to change their attitudes. Many of my friends and colleagues focus on more local supply chains, business, and food supply. For me, one of the surprising realisations was that I do not miss travel as much as I thought I would, even though I used to get a buzz every time I went to a new city, I have learned to explore my local neighborhood and enjoyed it. Or maybe I am just getting old?

However, I believe work will be forever changed due to many people realising that a large part of their work can be done remotely and that they would rather stay at home than waste time on a long commute to and from work. This will have a large societal impact. It will change where people live and hopefully reduce traffic in overcrowded cities. Clearly, people as social animals will find ways to connect, but will spend at least some of their days at home.

The COVID pandemic has also led to new challenges for robot technologies. Initially, this was focused on cleaning and sterilization, but has since moved on to an ever increasing range of tasks, that our robots must be able to do and that they will be able to do in the near future using robots., For example, my team was approached by a hospital to develop robots that can autonomously operate automatic defibrillators on a patient. This is usually a simple task for doctors or other trained personnel, but during the pandemic all humans had to first put on protective personal equipment (hazmat suits and masks), which cost valuable time. So these scenarios also showed the importance of physical interaction between humans and robots.

In conclusion, I believe that many new intelligent robot systems will be developed during the next 20 years. These systems will start to perform an ever increasing range of tasks. To be useful, these robots must be more robust, flexible, and versatile than current systems. Increasingly, a single robot will be used in several applications. The greatest markets will be industry and entertainment at first, and later on service robotics. Based on recent advances in sub-symbolic reasoning, researchers will focus more on symbolic reasoning and on new hybrid systems that are able to combine and benefit from both approaches.