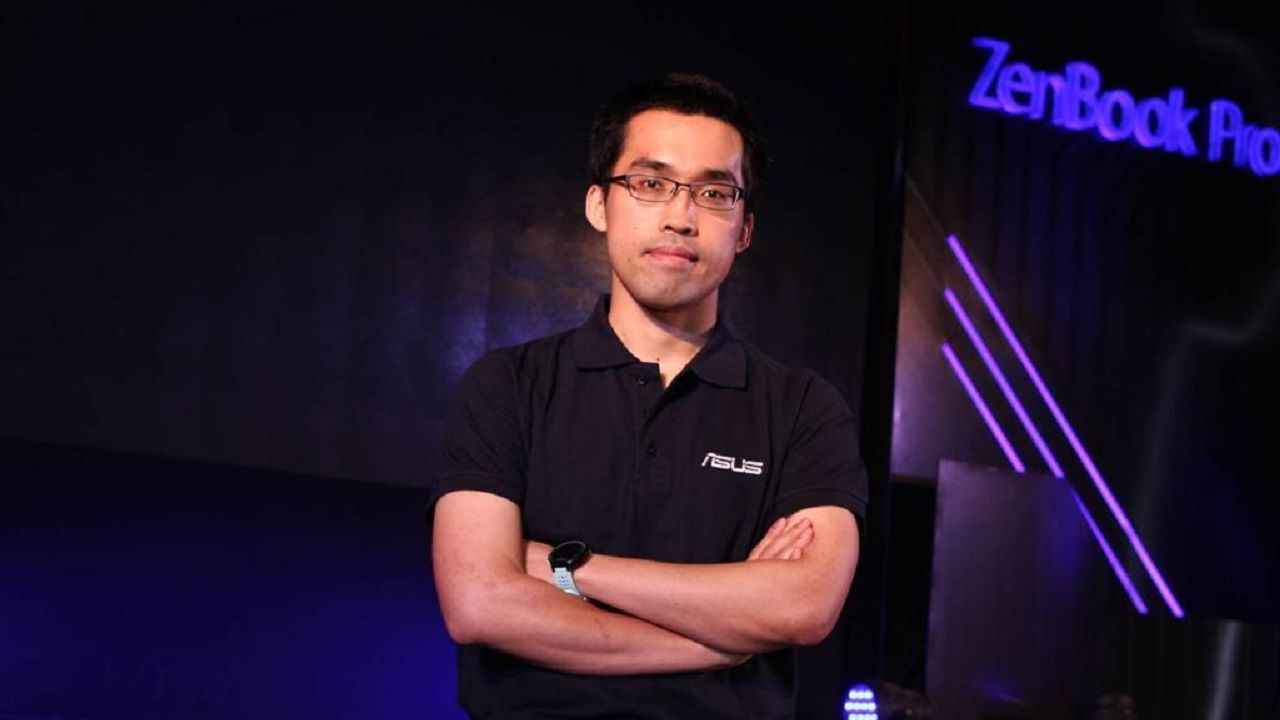 We're celebrating our 20th birthday this month, and we've invited industry experts, researchers and scientists to write in and paint a vision of the future, 20 years from now. Here's what Arnold Su, Business Head, Consumer and Gaming PC, System Business Group, ASUS India had to share about his vision of the future.

The onset of the 21st century has seen technology evolve in leaps and bounds, and we have seen changes occur that we could not have even imagined back at the turn of the millennium. Twenty years ago, computers were heavy, bulky and took up a lot of space on a desk. They were slow and unreliable, with the graphics being a lot slower than what we are used to today. Memory in computers was also limited, so external hard drives were common, and most importantly, calling a computer portable was not even believable. 20 years from the dawn of the new millennium, humanity has made immense technological advancements in the fields of PC consumer and PC gaming industry. In the last 20 years, technology has become more personal and portable, ushering in a new era of personal technology and today, it’s hard to imagine a world without computers. They are smaller, faster and more convenient than ever, and an important part of our daily life, as we use them at work, home and even on the move. Rather than taking up a whole space, computers can fit into a handbag in the form of a tablet or notebook, to be carried wherever you go.

With the first laptop developed in 1981, the industry has undergone several makeovers. Laptops today are much modern in design. Powerful PCs have become the need of the hour. With the rise in digital footprint and new-age creators, the need for high-end graphic computers has emerged in past few years. PCs today have elements of tablets and smartphones, making them more interactive and a one-stop device for both professional and personal needs. The industry has seen some really big changes in the last two decades. Display alone has seen a great innovation over these years. The evolution of Full HD, Dual-display, smart screens, and OLED display became one of the key elements of a good laptop, offering flexibility for multi-tasking and screen space to do more. One of the biggest triggers for these progressions in the PC industry is the huge shift in consumption pattern, leading to the rise in demand for systems which are multiple time faster than that of yesteryear, opening opportunities for OEMs to make more powerful and efficient processing technologies, bundled with multi-threading, GDDR6 video memory, DDR4 RAM, 7nm and 10nm manufacturing nodes. From innovation in battery designs, which have set newer standards for run time making modern PCs conveniently portable, to built-in noise cancellation technology, the innovations have made personal computers more personal and user-friendly than we could have imagined years ago, leading to an exponential growth of the PC industry. As per Gartner, PC shipments, which include both laptops and desktop computers, witnessed the fastest quarterly growth in 20 years in Q1 2021.

Speaking of innovations, biometric security opened up a new chapter in personal computing, making users’ PC experience more secure and personal. PCIe, USB Type-C, Bluetooth, Wi-Fi and HDMI further enabled devices to seamlessly connect with other components. Huge advancements aided by increasing internet speeds have also strengthened the online gaming industry, empowering consumers digitally. PCs with gaming graphic capabilities advanced hugely in the last 20 years, growing from colour blocks through pixelated images, arriving at the near life-like quality of imagery we see today. This has urged the OEMs to foray into dedicated gaming segments, providing a whole new face to the online gaming space. These changes have brought us to a world where technology touches nearly everything we do.

Just 20 years into the 21st Century, we have already seen remarkable changes. If so much can change in such a short time, we can only imagine the new technologies and trends which will shape our next 20 years and transform lives. The PC industry is at the cusp of a significant change and we anticipate that the coming two decades are bound to bring even more revolutionary changes. Technologies such as artificial intelligence, Internet of Things are set to radically transform the way we live, work and play. There will be plenty of changes that none of us are able to foresee at the moment, but we can definitely predict the way we see the world unlocking. Some of the top inventions and technology that may define the future of the PC industry can be much advanced and ahead of the world we are living in today.

Privacy will be one prime area where we will see most of the brands and companies investing in the coming years, as people demand more privacy in the Internet age. Increased privacy will be especially important as digitization efforts continue impacting the way we store memories and documents from the controlled level all the way down to the personal. Inspired by this, we also expect an increased move towards cloud-based storage. The creation of digital IDs will provide more ownership to the users over their data. As hacks and data breaches continue to proliferate in the connected ecosystem we live in, privacy will become the core of future inventions and we will see gadgets, especially personal computers to come with enhanced security capabilities.

For the past decade, laptop makers have tried to make their products more tablet-like; the next decade could see manufacturers making laptops more like phones. Over the years, PCs will evolve to take various forms and shapes, becoming more lighter, thinner and portable in design. Like the secondary screen was a groundbreaking trend in past few years, one of the biggest trends coming to the PC market in coming decades is expected to be foldable displays. In the next 20 years, we can expect to see computers in smaller, portable form factors, with displays that can be used as a standalone device or devices which can be multi-folded to fit your pocket. Just like we have portable memory, we can expect personal computers to take the form of portable dockets, which can be connected to any monitor for a full desktop experience.

IoT devices are becoming a part of the mainstream electronics culture and people are adopting smart devices into their lives faster than ever. The Internet of Things will transform every aspect of our lives over the next decades and beyond. It will evolve to bring ultimate connectivity and transform every device to be able to interact with each other leading to the Internet of Everything, as we may call it. By 2050, there will be 24 billion interconnected devices, meaning almost every object around us will be connected to the cloud and to the internet. Further, the advancement of IoT will be influenced by the switch to 5G network. It will boost IoT capabilities by making mobile communication and data use faster and efficient.

The line between physical and virtual space will forever be blurred. With the online gaming industry growing multifold, the next big evolution in the space is going to come from the most revolutionary technologies of our time – Artificial Intelligence and Virtual Reality. While Virtual reality immerses gamers into simulated environments so they actually feel like they’re in the game, AI would make background characters, non-player characters (NPCs), in a video game more intelligent. These characters would be able to react to real-life players. From backlit 3D game consoles to PCs with the ability to run heavy-graphic augmented reality games, technology will become more mainstream and would take gaming to a whole new level by making it more engaging and exciting. The world-famous Pokémon Go was the first game to break augmented reality into the mainstream and we may see an even larger rise in the popularity of AR and MR (Mixed Reality) games in the near future.

The increasing ability of machines to learn and act intelligently will absolutely transform our world. Online gaming will become more mainstream, bridging the age gap and stirring active participation just like movies. VR has already changed the shape of entertainment drastically. Further, the future of entertainment is gaming. And the future of gaming is community. In the upcoming years, we can expect new trends such as cloud gaming, online casino, more use of digital currencies and most importantly, enhanced and life-like in-game experience to evolve. This will create a huge demand for robust gaming equipment and PCs, encouraging OEMs to revamp their existing line-up and strengthen their gaming portfolio. The gaming world is already at its peak and the industry is getting bigger and better with time, with the future holding a lot of surprises for the community.

It's difficult to predict with any certainty what the future exactly holds, but when you consider how different things were just 20 years ago, it makes one realize that things will be vastly different in 2041 from what they are today. The last two decades exemplified the true potential of the PC industry, through remarkable inventions in terms of dual-screen devices, convertible laptops, detachable memory, and bezel-less display, giving us a glimpse of what the next 2 decades hold for us. We are entering an era of intensified innovation in the PC industry. Computers are touted to become even thinner and lighter, faster and powerful, with elements that will enrich the PC experience. We can see PCs going beyond 2-in-1 forms and come with detachable design or foldable/ flexible displays or keyboard-less interface or all of the above. The industry, driven by innovation and continued deployment of tools like AI, VR, IoT and 5G, will no doubt be a significantly different world in the next 20 years. I see a very promising future for the industry and curious to see it unfold in the next 20 years.