The budget smartphone segment is getting progressively better in India thanks to companies pricing the products aggressively. When you’re scouring the market for the best mobiles under 12,000 in India, it is possible to feel overwhelmed due to the sheer amount of choice on the market. In the list of top phones under 12,000, you should start looking for devices that offer more RAM and storage than the ones at the sub-10K price point. Companies such as Xiaomi, Realme, Samsung, and others are consistently launching new products helping populate this list of best phones under 12,000. If you are looking for the best smartphone under rs 12,000, you are looking for a good smartphone that doesn’t break the bank. Some popular features that one must look for in this price segment include a large battery, a powerful mid-range processor, multi-camera setups, and 4G connectivity. Aside from these, companies are also paying more attention to the build and design of the smartphone, in order to make it look and feel more premium. It’s safe to say that users are spoilt for choice in this price segment. So, if you are looking for the best mobile under 12,000, here are some of the best options that you can consider for your next purchase. 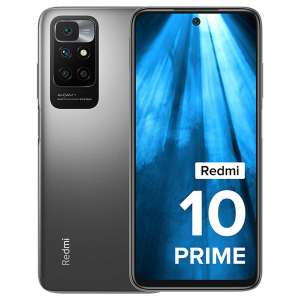 The Xiaomi Redmi 10 Prime features a 6.5-inch Full HD+ (2400x1080 pixels) resolution display that offers upto a 90Hz adaptive refresh rate. The screen has a punch-hole notch cutout for the selfie camera and is also topped with a layer of Gorilla Glass 3. It measures 9.5 mm in thickness and weighs 192 grams. It is powered by the MediaTek Helio G88 processor that has an octa-core CPU clocked at upto 2.0GHz and Mali-G52 MC2 GPU. This is paired with upto 6GB LPDDR4x RAM and upto 128GB storage variants to choose from. It runs on MIUI 12.5 which is based on Android 11. The Redmi 10 Prime has quad cameras on the back headlined by a 50MP camera with f/1.8 aperture, an 8MP ultra-wide camera with 120-degree field-of-view, 2MP macro camera and a 2MP depth sensor. There is an 8MP selfie camera on the front. The rear cameras can record in 1080p at 30FPS. The Redmi 10 Prime is equipped with a 6,000mAh battery that supports 18W fast charging.

The Infinix Note 11 is the latest phone from the company. It comes with a 6.7-inch FHD+ AMOLED display with support for 750 nits of peak brightness. The smartphone is powered by the MediaTek Helio G88 chipset, and also gets a triple camera setup with a 50MP primary shooter with f/1.6 aperture, a 2MP depth sensor, and an AI lens along with Quad-LED Flash. On the front of the phone, we have a 16 MP AI selfie camera with dual-LED flash. The Infinix Note 11 is backed by Dar-Link 2.0 Game Boost technology and a Supercool system. It also comes with Android 11 with XOS 7.6 skin on top and pack a 5000mAh battery with support for 33W charging support.

The Realme Narzo 50A is a fantastic value-for-money offering under 12K packed with features such as a 50-megapixel primary shooter, a massive 6,000mAh battery and a rear-mounted fingerprint sensor. The display is a 6.5-inch IPS LCD panel with a resolution of 720x1600 pixels and an 81.7 percent screen-to-body ratio. The phone runs Android 11 out of the box with Realme UI 2.0 on top. Powered by the MediaTek Helio G85 SoC, the phone is capable enough to play games such as COD: Mobile and Asphalt 9 on Medium graphics settings.

The Infinix Hot 11S sports a 6.78-inch full-HD+ (1,080x2,480 pixels) LTPS LCD display with a 90Hz refresh rate, a 20.5:9 aspect ratio, and NEG Dinorex T2X-1 Glass protection. For its core hardware, the phone comes with a MediaTek Helio G88 SoC with 4GB of LPDDR4 RAM. This 64GB onboard memory can be expanded up to 256GB through a dedicated microSD card slot. In terms of cameras, the Infinix Hot 11S gets a triple rear camera setup with a 50-megapixel primary sensor paired with an f/1.6 aperture lens, a 2-megapixel secondary sensor, and an AI-powered lens with a quad-LED flash.

With a MediaTek Helio G80 under the hood, the Redmi 9 Prime is adequately powerful as a budget smartphone. It's one of the few that can handle high-intensity gaming effortlessly without degrading the graphics too much. There's a capable 13MP quad camera setup and a FHD+ LCD display to boot. The Redmi 9 Prime includes a massive 5020mAh battery and supports 18W of fast charging. However, inside the box the phone packs a 10W charge. Similar to other Redmi phones this one also comes with USB Type C support.

The Xiaomi Redmi Note 9 with the MediaTek Helio G85 under the hood does perform decently well for the price. The chipset is tuned for gaming but everyday tasks like reading articles, browsing social media, watching videos, texting, calling, and the likes happen quite effortlessly. It is even possible to game at Medium graphics on this SoC pretty smoothly. The phone's camera is also pretty decent and at par with most other offerings in this segment with the 48-megapixel quad-camera stack at the back. You also have an 8-megapixel ultrawide lens, a 2-megapixel macro shooter, and a 2-megapixel depth sensor. For the selfie camera, you get a 13-megapixel lens. The Redmi Note 9 comes equipped with a 5020mAh battery and 18W fast charging and 9W reverse wired charging, which makes it a reliable smartphone to use. The phone also has a pretty decent rear fingerprint sensor. The display is a 6.53-inch IPS LCD display at Full HD+ resolution. The phone’s specifications and feature-set make it a value for money device that is easy to recommend for those looking for a smartphone under Rs 12,000.

The Motorola Moto G30 is the company’s new entrant in its G series in India, alongside the Motorola Moto G10 Power. The G30 is the more expensive of the two devices but comes with a pocket-friendly price tag of Rs 10,999. The phone features a Qualcomm Snapdragon 662 SoC paired with 4GB of RAM and 64GB of onboard storage. The phone houses a 6.5-inch display with HD+ resolution and 90Hz refresh rate. The phone ships with Android 11 out of the box and comes with Motorola’s ThinkShield technology, an end-to-end security layer for the smartphone. The phone is also equipped with a quad-camera setup consisting of a 64MP main lens, an 8MP ultrawide shooter, and two 2MP macro and depth sensors. The selfie camera is 13MP and is housed in a dewdrop notch. The Moto G30 doesn’t exactly impress in any one particular area but does a bit of everything considerably well for the price. The phone has decent cameras, bloatware-free software, a high refresh rate display, and good battery life.

The Realme Narzo 20 is a pretty capable budget smartphone under Rs 12,000. It is powered by the capable MediaTek Helio G85 chipset with an octa-core CPU with a max clock speed of 2.0Ghz. For graphics, it houses the Mali-G52 MC2. The device is backed by a massive 6,000mAh battery, and it comes with 18W fast charging via a USB-C cable. The phone features a pretty decent 6.5-inch IPS LCD display with a resolution of 720 x 1600 pixels. You get 4GB of RAM and two storage variants including a 64GB and 128GB variant. As for the cameras, the phone houses a triple rear camera setup that includes a Samsung GM1 48-megapixel main sensor, an 8MP ultrawide lens, and a 2MP macro lens. You also get an 8MP lens for selfies. Video recording tops out at 1080p at 30fps for both front and back cameras. The phone has a rear-mounted fingerprint sensor which is pretty reliable, for the most part. The device is available in two colours - Glory Silver and Victory Blue. The device, as per the company, prioritises performance and gaming, so those looking for a budget smartphone that is relatively speedy and responsive can consider the Realme Narzo 20 as a good option at this price point.

The Micromax In Note 1 is the company’s budget offering that comes with a clean stock Android experience with no bloatware. For purists who are looking for a clean and distraction-free experience, this device is a good option in the sub-12K price range. The base 4GB RAM and 64GB internal storage variant is priced at Rs 10,999 while the 4GB RAM and 128GB internal storage variant is priced at Rs 12,499. The device is powered by the MediaTek Helio G85 processor that is often used in budget smartphones. This particular processor is pretty decent for mobile gaming as well. As for the display, you get a 6.67-inch IPS LCD display with Full HD+ resolution. The display has a 20:9 aspect ratio and has a peak brightness of about 450 nits. For optics, you get a quad rear camera stack with a 48-megapixel primary lens, a 5-megapixel ultrawide shooter, a 2-megapixel macro lens, and a 2-megapixel depth sensor. For selfies, you have a 16MP camera. You also get a pretty large 5,000mAh battery with support for 18W fast charging as well as wired reverse charging. The battery should push light users through approximately 2 days of usage, which is pretty good at this price point.

The Realme C25 is an entry-level smartphone from the company that launched in April alongside the Realme C20 and Realme C21. It is a good value for money smartphone that doesn’t skimp out on too many features while keeping the price easy on the pockets. The phone is priced at Rs 9,999 for the 4GB RAM + 64GB storage variant, and it comes with another 128GB ROM variant that is priced at Rs 10,999. You get a large 6.5-inch IPS LCD display with HD+ resolution. The phone is powered by the moderately capable MediaTek Helio G70 SoC paired alongside 4GB RAM and 64 / 128GB storage. It runs Android 11 on top of Realme UI 2.0 that provides plenty of customisation options for users. The phone is backed by a massive 6,000mAh battery with support for 18W fast charging. As for the optics, the Realme C25 comes packing a triple camera setup consisting of a 13MP primary sensor, a 2MP B&W portrait lens, and a 2MP macro shooter. On the front, the phone sports a 8MP selfie camera.