The best phones under 6000 in India offer the basic set of features and connectivity features as they are targeted at entry-level users or first time Android users. While there are plenty of options for phones under 6000, it can be confusing to get a smartphone that you can depend on. While some of these budget phones support 4G out-of-the-box, not all of them support VoLTE. What we’re looking for is mobiles below 6K that offer the right balance between price and performance. Here is our comprehensive list of the best phones you can buy under 6000 in India right now. 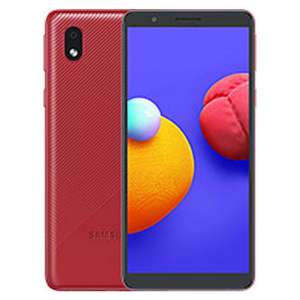 The Samsung Galaxy M01 Core has a 5.3-inch HD+ Infinity display and comes with a 5MP front camera and an 8MP rear camera. It also houses a 3000mAh battery. It has 2GB RAM and 32GB storage and is powered by the MediaTek MT6739 SoC. It is available in black, blue and Red colour options. The M01 Core has a textured back. It runs on the Android 10 Go edition.

The JioPhone Next features a 5.45-inch HD+ (1440x720 pixels) resolution display that is topped with a layer of Gorilla Glass 3. The JioPhone Next is powered by the Qualcomm Snapdragon 215 chip with a quad-core processor and is paired with 2GB LPDDR3 RAM and 32GB storage with an option to further expand it upto 512GB. It runs on an optimized version of Android co-developed with Google called Pragati OS. The JioPhone Next has a 13MP main camera on the back and an 8MP front camera for selfies. It is equipped with a 3,500mAh battery and has dual SIM support but the primary SIM is locked to Jio 4G.

The Lava BeU was recently launched in India as an entry-level offering. It features a 6.08-inch HD+ (1560x720 pixels) resolution display and is powered by an octa-core processor which is paired with 2GB RAM and 32GB storage. There is a microSD card slot for further storage expansion and the phone runs on Android 10 Go edition. It has a 13MP primary camera and a 2MP secondary camera. For selfies, there is an 8MP selfie camera on the front. The Lava BeU is equipped with a 4,060mAh battery.

The Realme C2 focuses on the design and display more than the hardware under the hood. It has the Helio P22 inside which is just about decent in performing most daily tasks. However, the matte finish design and the display with a water-drop notch will catch people's attention. Furthermore, there's a dual-camera stack on the back with the ability to take portrait shots. On the front is a 5MP selfie shooter and the whole thing is powered by a 4,000mAh battery that easily lasts for a day.

The Infinix Smart HD 2021 features a 6.1-inch HD+ (1560x720 pixels) resolution display that has a waterdrop notch for the selfie camera. The phone is powered by the MediaTek Helio A20 processor paired with 2GB RAM and 32GB storage and runs on Android 10 Go Edition with an option to expand storage via a microSD card slot. It has an 8MP camera on the back and a 5MP front-facing camera. There is a fingerprint reader on the back and the phone comes with a 5,000mAh battery out-of-the-box.

The Micromax In 1B is powered by the MediaTek Helio G35 processor and runs on Android 10 Go Edition out-of-the-box. The In 1B features a 6.52-inch HD+ (1600x720 pixels) resolution display and has a waterdrop notch cutout for the selfie camera. It has a 13MP primary camera followed by a 2MP depth sensor and can record videos in 1080p at 30FPS. On the front, there is an 8MP selfie camera. There is a fingerprint scanner on the back and the In 1B comes equipped with a 5,000mAh battery. While the Micromax In 1B is not exactly priced under Rs 6,000 it is a compelling entry-level phone so if you can increase your budget a bit then do check it out.

The Redmi 9A features a 6.53-inch HD+ (1600x720 pixels) resolution display that has a waterdrop notch for the selfie camera up front. The Redmi 9A is powered by the MediaTek Helio G25 processor that has an octa-core CPU which is paired with upto 3GB RAM and 32GB storage with an option to further expand the storage capacity. There is a 13MP primary camera on the back followed by a 5MP selfie camera on the front. It is fitted with a 5,000mAh battery as well. However, like the Micromax In 1B above, you will need to shell out a little bit more money but rest be assured that it is a value for money offering.