Budget smartphones are a dime a dozen in the Indian market right now, so if you are looking for the best mobiles under 8000, there are numerous options to choose from. The best phones under 8000 in India generally differ in specifications and the overall experience; some attempting to offer great battery life, some offering a good camera stack, some offering a striking design, and so on. The best smartphones under 8000 may not be extremely feature-rich but some do offer good battery life, decent displays, dual or more rear cameras, and more. However, it may be difficult picking out the gems from the plethora of smartphones under 8K. In order to help you make the right decision, we have sorted through the latest mobile phones range of 8000 rupees to pen down the best budget phone under 8000 for your use case. This list of mobile phones under 8000 contains phones which offer the best performance, camera, looks and build for the price point. We will continue to see better phones join this list, but currently, these are the best mobiles below 8000. 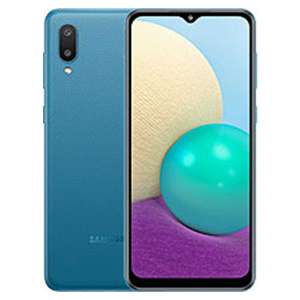 At Rs 7,999, you can get the Samsung Galaxy M02 smartphone with 3GB RAM and 32GB internal storage. You can get the 2GB RAM variant of this phone for Rs 7,499, however, we advise you to spend the extra Rs 500 since the 3GB RAM variant will handle most tasks and multitasking better than the 2GB RAM model. The phone houses a 6.5-inch display with a resolution of 720 x 1600 pixels, so the phone has a considerably larger screen size than its predecessor, the Samsung Galaxy M01. The Galaxy M02 is powered by the Mediatek MT6739W SoC. It has a quad-core CPU with a max clock speed of 1.5GHz. Now, if you’re looking for a bit more power, the Samsung Galaxy M01 is still a good option since it comes with the Snapdragon 439 SoC and an octa-core CPU. For cameras, the Galaxy M02 employs a dual camera setup with a 13MP main lens and a 2MP macro sensor. You can get a 5MP selfie camera. Housing a 5,000 mAh battery, the phone weighs 206g which is much heftier than its predecessor that had a smaller 4,000mAh battery. Unfortunately, there’s no fast charging. The Galaxy M02 is available in four colour variants which include Black, Blue, Gray and Red.

The Infinix Smart 5 smartphone comes equipped with a large 6.82-inch display, a 13-megapixel AI dual Rear camera set-up and an 8-megapixel selfie camera. All of these specifications are pretty impressive for the price, but there’s more. There’s also a massive 6000mAh battery on the device which will allow you to go hours or even a couple of days without charging. The phone is operating on Android 10 with the latest XOS 7 skin. The Smart 5 is powered by Helio G25 Octa Core processor and comes with 2GB RAM.

The Realme Narzo 50i is a value for money smartphone under Rs 8,000 with a pretty unique stripe design on the rear panel, so it will definitely turn some heads. The phone is packing an octa-core processor, but the company hasn’t specified which one. As for storage, you can opt for a 2GB RAM variant with 32GB internal storage or a 4GB RAM variant with 64GB internal storage. You can also expand the memory via SD card up to 256GB. The display is a 6.5-inches IPS-LCD panel. As for cameras, you get a single 8MP primary camera and a 5MP front camera. The phone runs Android 11 out of the box with Realme Go UI on top. The phone also houses a 5,000mAh battery.

The Xiaomi Redmi 9A is a very well balanced budget smartphone choice for anyone looking for the best phones under Rs. 8,000. With a large 6.53-inch screen and massive 5000 mAh battery, this phone offers impressive battery life and is even good for content consumption. Packing an octa core processor with peak speeds of 2GHz also ensures this phone won't slow down during basic tasks. It is powered by the MediaTek Helio G25 SoC paired with 2GB RAM and 32GB storage for the base model. If budget permits, we suggest you go for the 3 or 4GB RAM variant of the Redmi 9A. The phone features a single 13MP camera with ‘AI Portrait’ mode and a 5MP selfie camera. The selfie camera resides in a dewdrop-shaped notch. The storage of the Redmi 9A may seem low at 32GB but you can expand it up to 512GB via microSD card. The phone runs on MIUI 12 which sits on top of Android 12. The large 5,000mAh battery can be charged with 10W Fast Charging. The phone is available in three colours - Carbon Gray, Sky Blue, and Ocean Green.

Tecno Spark 7T is an entry level offering from the company launched in India earlier in the year. The phone comes in a single RAM and storage configuration. There are also three colour options to choose from. The phone features a 6.52-inch HD+ Dot Notch IPS display with 480 nits peak brightness and 20:9 aspect ratio. Under the hood, the phone is powered by the octa-core MediaTek Helio G35 SoC with 4GB of DDR4x RAM and 64GB of storage. For photos and videos, Tecno Spark 7T carries a dual rear camera setup that includes a 48-megapixel primary sensor. Apart from this, the phone is backed by a massive 6,000mAh battery.

With 3 / 4GB RAM and 32 / 64GB built-in storage, the POCO C3 is a sweet deal for a smartphone under Rs 8,000. The triple rear camera setup and a large 5000 mAh battery pack are the key highlights of the smartphone. The three rear cameras include a 13MP primary lens, a 2MP macro shooter, and a 2MP depth lens. The front camera is 5MP and is housed in a dew-drop shaped notch. Video recording tops out at 1080p for both the rear and front camera. The textured back panel of the phone gives it a unique look and offers some grip as well if you choose to use the phone without a case. The display is a large 6.43-inch one with 720 x 1600 pixels resolution. The phone runs MIUI 12 on top of Android 10. The Poco C3 is powered by the MediaTek Helio G35 SoC with an octa-core processor that has a max clock speed of 2.3GHz. The phone is available in three colour variants including Arctic Blue, Lime Green, and Matte Black.

The 2GB RAM variant of the Redmi 8A Dual is priced at under Rs 8,000. If you can extend your budget by a bit, you can get the 3GB RAM variant for about Rs 700 more. The phone comes with 32GB of internal storage for both variants which can be expanded up to 512GB via microSD card. The front glass is protected by Gorilla Glass 5, which is pretty good for this price range. The phone even comes with a water-repellent coating to make it less susceptible to splashes and spills. The phone houses a 6.22-inch display with a resolution of 720 x 1520 pixels. It runs MIUI 12 on top of Android 9 out of the box, which is upgradable to Android 10. Powered by the Qualcomm Snapdragon 439 SoC with an octa-core processor with a max clock speed of 1.95GHz, the phone is good for basic tasks, content consumption, social networking, and even light gaming. It has a dual rear camera setup with a 13MP primary lens. The front camera is 8MP and sits in a dewdrop notch in the display. As for battery, the Redmi 8A Dual has a 5,000mAh battery with 18W fast charging. It is available in three colours - Sky White, Sea Blue, and Midnight Grey.

The Realme C20 is the most inexpensive phone in the company’s C series devices launched in 2021. It’s focus is battery life and display. The phone houses a massive 5,000mAh battery and a large 6.5-inch display, and is priced competitively at Rs 6,799. It houses the same MediaTek Helio G35 processor as the Realme C21 and the processor is capable of handling games such as Call of Duty Mobile at low graphics. The phone is available in a single 2GB RAM + 32GB ROM variant. As for optics, you get a single 8MP lens with f/2.0 aperture and 4x digital zoom. The phone also comes with features such as Night Mode, Timelapse, Portrait Mode, Ultra Macro, and others. You get a 5MP selfie camera up front which is housed in a dew-drop shaped notch. The Realme C20 runs Realme UI based on Android 10. It supports the dated micro-USB charging though, so that’s something to keep in mind.

Sporting a 6.53-inch HD+ display and 4GB RAM, the Xiaomi Redmi 9i is a pretty good value for money device to purchase just over Rs 8000. The phone is powered by the capable MediaTek Helio G25 processor with a max clock speed of 2.0GHz, so it can execute basic tasks, browse social media, and play content with no issues. The device comes with 4GB RAM, as mentioned above, alongside 64GB internal storage. There’s even a 128GB internal storage variant of the Redmi 9i but it costs Rs 9,299. Even if you do get the 64GB variant, you can always expand the storage via microSD card up to 512GB. The phone houses a sizable 5,000mAh battery with 10W fast charging capabilities. It comes with a single 13MP rear camera and a 5MP selfie shooter that is housed in the selfie notch. Video recording tops out at 1080p on both cameras. The device is available in three colours - Midnight Black, Sea Blue, and Nature Green.

Sporting a large 6.52-inch display and a massive 6,000mAh battery, the Gionee Max Pro is a pretty decent option under Rs 8,000. The phone is equipped with a Unisoc SoC with an octa-core CPU and 3GB RAM. You also get a 13-megapixel primary camera alongside a 2MP secondary lens and an 8MP selfie camera. The screen, however, is not Full HD+, so it may not be the best option for consuming content.