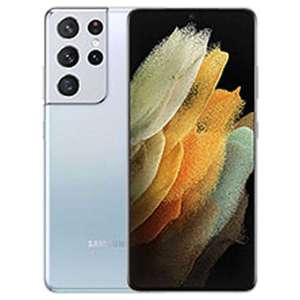 If you are looking for a flagship phone with a 5000mAh battery, then you can check out the Samsung Galaxy S21 Ultra. It has a massive 6.8-inch display with a QuadHD+ resolution. Under the hood, the smartphone is powered by Samsung’s own Exynos 2100 SoC and it runs on Android 10 with One UI overlaying it. The smartphone has a quad-camera setup for your photography needs comprising of a 108MP+12MP+10MP+10MP setup. For your selfie needs, it has a 40MP front-facing camera.

The ROG Phone 5 is a monstrous device aimed at a small set of high-intensity mobile gamers. The ROG Phone 5 is powered by the Snapdragon 888 processor and comes with up to 12GB LPDDR5 RAM and 256GB UFS 3.0 storage, along with a 144Hz display and AirTriggers which can now be split in two, to map two functions. There's a lot going in the ROG Phone 5 and most of the features are made to make one thing great - Gaming. Something it does with absolute authority.

If you are looking for a 5G phone on a budget, then you can check out the Moto G 5G. The device has a 6.67-inch Full HD+ Display. It has 6GB RAM and 128GB storage which should be enough to store your apps and games and also to ensure smooth operations of the device. It is powered by the Snapdragon 750G SoC.

The Redmi Note 10 Pro Max sports a 5,020mAh battery which is good enough for most people looking to spend on a phone in the lower-mid-range segment. This smartphone is powered by the Qualcomm Snapdragon 732G processor and comes with upto 8GB RAM and 128GB built-in storage. The storage is also expandable via a microSD card. It has a dedicated slot for storage expansion and is a dual-SIM phone. At the back, the smartphone has a quad-camera setup consisting of a 108MP + 8MP + 5MP + 2MP setup. The front has a 16MP selfie camera.

Another offering in the sub 15K segment with a 5000mAh battery is the Realme 7. The device is powered by the MediaTek Helio G95 Processor. It has a 6.5-inch FHD+ display. For the camera, the device has a quad 64MP + 8MP + 2MP + 2MP camera setup. The front has a 16MP selfie camera. The smartphone comes with 6GB RAM and 64GB storage expandable up to an additional 256GB via a microSD card.

Going beyond 5000mAh we have the Samsung Galaxy F41. It has a 6000mAh battery which Samsung claims can offer up to 26 hours of video playback. The smartphone also supports 15W fast charging which can top up the smartphone from 0 to 100% in 160 minutes. The smartphone has a 6.4-inch Full HD+ sAMOLED Infinity-U Display. The front of the device has a 32MP camera while the back has 64MP + 5MP + 8MP setup.

The Snapdragon 720G features once again on the Redmi Note 9 Pro, and this one's a thorough performer under Rs 15,000 with a 48MP quad-camera setup and a large 5,000mAh battery. Yes, the specs sound quite similar to the top-ranked device, and you won't really lose out on much if you get the Note 9 Pro instead of the Poco M2 Pro. Save for the faster charging and the larger primary camera.

Another offering from Redmi we have the 9i sporting a 500mAh battery. The smartphone has 4GB RAM and 64GB storage expandable via a microSD card. It has 6.53-inch HD+ display and the entire package is powered by the MediaTek Helio G25 Processor. The smartphone has a 13MP rear camera and a 5MP front-facing camera.

The Poco C3 has a 13MP triple camera setup at the back and supports up to 4GB RAM. It is powered by the MediaTek Helio G35 SoC. It has a 6.35-inch HD+ display and runs on MIUI12. With the 5000mAh battery, the smartphone claims 31 hours of video playback or 14 hours of gaming.

List Of Best Smartphones With 5000mAh Battery In India