Best Phones under 5000 in India

While a smartphone under Rs 5,000 won't offer all the exciting features that are in trend right now, they are perfectly good for the basics. Even in 2020, a budget of Rs 5,000 doesn't have a lot of options but the entry of Google's Android Go operating system has improved the speed and stability of these entry-level smartphones a lot. The change is quite noticeable if you are upgrading from a feature phone. There are options like a taller 18:9 display, dual cameras, 4G connectivity, Android Go OS, and a wide range of colours to choose from. The budget may be tight, but the ones we have curated here in this list of the best mobiles to buy under Rs 5,000 in India, offers the best possible experience at a shoestring budget of Rs 5,000. 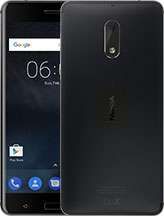 Nokia 2.1 is an entry-level smartphone with Android One certification. This phone is controlled by Snapdragon 425 and 4000mAh battery. Interestingly 1GB of RAM also runs the full version of Nokia 2.1 Android and not the Go version. Nokia 2.1 is one of the best mobile phones in India that you can buy for less than Rs 5000.

The Nokia 1 is an Android Oreo (Go Edition) phone with 1GB RAM and a MediaTek processor. Besides running the vanilla Android, it runs on the lightweight Android OS that doesn't take up much resources making the operations smoother and less laggy. It is certainly one of the best smartphones under Rs 5000. The Nokia 1 also has interchangeable back covers to suit your style.

The Redmi Go is one of the most affordable Android Go phones you can buy. It is priced under Rs 5,000 and it offers a smooth Android experience and decent cameras for the price. It runs on Android Go OS and offers the suite of Google's Go apps that take up less space and use less RAM. It's also well-built and can withstand scratches. The Redmi Go is Xiaomi's best smartphone under Rs 5000.

The Lava Z60s is an Android Oreo (Go Edition) phone that doesn't need a lot of resources to run. Purchasers get 1GB RAM and 16GB storage along with a 1.1GHz MediaTek processor. Lava also offers a two-year warranty on its devices that might come handy. It is a good mobile phone under Rs 5000, especially in the offline market.

The Micromax Bharat Go is an Android Go phone designed for first-time Android buyers. It's a good phone to upgrade from a feature phone. It features Google's suite of lite apps that not only saves space on your phone but also reduce your data consumption. You get a compact form factor with a 4.5-inch display and a 5MP camera on both sides.

Jio phone is not a full-fledged smartphone, but it's not a feature phone either. With support for essential apps like Facebook, WhatsApp and Jio's suite of apps, along with 4G voice calls, it's one of the most value for money phones to buy especially if you look at the price of Rs 1,500 which effectively get refunded after 3 years. It is certainly one of the best mobile phones under 5k.

Nokia 8110 is available for an attractive price on e-commerce websites. The phone works similar to the JioPhone with KaiOS powering the experience, but the real reason to get the phone is to bring back the Banana phone from the Matrix. It is one of the best smartphones under 5k.

The smartphone is made under the "Crafted by Amazon" initiative where Amazon took inputs from the user to offer the phone they want. The 10.or D2 is one of the best phones to buy under Rs 5000 as it comes with stock Android making the software lightweight enough to offer smooth operations. You also get 4G LTE and a 18:9 display. It is one of the best Xiaomi smartphones under 5k.

Another InFocus phone joins the list, this is the Bingo 10. This is one of the few smartphones in the list to offer Android Marshmallow out of the box. The device is powered by a quad-core MediaTek SoC, which is coupled with 1GB of RAM. There is 8GB of storage on-board, which can be expanded up to 64GB using a microSD card. In the camera department, the device features two 5MP cameras, one at the rear and one at the front.

The smaller version of the Micromax Canvas Spark 3 comes with a 5-inch 854x480p display. It is powered by a 1.3GHz quad-core MediaTek processor, which handles everyday tasks easily, and runs Android 5.1 out-of-the-box. There is 768MB of RAM and 4GB of internal storage, which can be upgraded via a microSD card. There is a fairly large 1800mAh battery on the phone, and it supports dual 3G SIMs.