Do you know which are the best phones under 9000? Well, the budget smartphone segment is too crowded. There are so many budget smartphones, which claims ten different things. This makes it difficult to pick the best phone under 9000. However, we have tested most mobiles under 9000 and this is our list of best smartphones under 9000. This list contains the best mobile under 9000, which offer the right combination of performance and features. Although the prices of the products mentioned in the list given below have been updated as of 24th Jul 2022, the list itself may have changed since it was last published due to the launch of new products in the market since then. 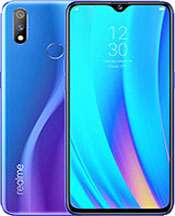 With a premium design, the Realme 3 doesn't like a budget phone at all. It's also quite responsive thanks to a MediaTek Helio P70 SoC. You get a dual camera setup on the back capable of offering portrait mode, and a nearly bezel-less display thanks to a waterdrop notch design. A triple slot for a dedicated SD card sweetens the deal even more. The Realme 3 should be bought for a premium design but it might not be quite durable with a plastic body. During our review, it was quick to get scratched. There is a transparent case that's provided in the box. As for performance, the Realme 3 has the highest scores in benchmark scores. The UI is also quite refined and looks far more aesthetic than before. The phone's display is also pretty good and watching videos and playing games feel nice. The Realme 3's camera is the only thing holding the phone back from becoming the best budget phone. The photos are mired with noise in low light and in day light, it tends to boost the contrast and saturation to make photos look palatable. It also lacks expected sharpness.

The Samsung Galaxy M10 brings an ultra wide-angle camera to the under Rs 10,000 segment making it quite lucrative. There’s also a primary camera that performs good when the lighting is optimum. However, an old chipset means you won't get the best performance, but it still works decently well thanks to optimisations Samsung has put in place. The Galaxy M10 also features a screen that almost stretches all the way to the edges thanks to a waterdrop notch and is one of the best when compared to other phones in that price range. The Galaxy M10 is a unique device. The wide-angle camera sets it apart in the budget segment, but it can't really compete as an all-rounder as the performance is crippled thanks to an older chipset. The M10 does offer good battery life of over a day, however and for a budget phone buyer, good battery and decent cameras are fairly important. it can also handle casual games quite well while the usual social media apps works just fine. However, don't go expected fast multi-tasking or heavy tasks like photo editing and the likes.

Lenovo’s budget offering for the masses, the Vibe K5 makes its way into this list for its decent performance and one of the better cameras in the category. The build quality of the device is also nice, but compared to the Xiaomi Redmi 3s, the battery life could have been better. Specs: Display: 5-inch, 720p SoC: Qualcomm Snapdragon 415 RAM: 2GB Storage: 16GB Camera: 13MP, 5MP Battery: 2750mAh OS: Android 5.1

The Asus Zenfone Max Pro M1 is just like the Redmi Note 5 Pro, but with stock Android. The same hardware that makes the Xiaomi phone on the best performers at that price, is also there on the Zenfone Max Pro M1. But the flavour is stock Android 8.1 Oreo. Apart from that you get a sturdy build quality and decent 16-megapixel dual cameras at the back. Easily one of the best phones under Rs 15,000. The Asus Zenfone Max Pro M1 sold like hot cakes last year and was one of the most popular devices in the mid-range segment. The stock Android interface was backed by regular updates introducing new features as well as security patches. In fact, it's also scheduled to get the update to Android 9 Pie. The Asus Zenfone Max Pro M1 houses a large 5,000mAh battery along with a dual camera setup encased in a metal body. On the front is a standard LCD panel with no notch. Sitting in 2019, it only makes sense to buy the phone if the budget is tight and you require a phone with long battery life, decent performance and stock Android.

The Xiaomi Redmi 6 is the first Redmi device in the entry-level segment to have dual cameras. You get a 12+5MP camera on the back and a 5MP shooter up front. With a 12nm MediaTek Helio P22 SoC and a 3,000mAh battery, it also boasts of a two-day battery life. This is a basic phone with the basic hardware, but the MIUI software makes things feel much smoother. For the price, the Redmi 6 is a good smartphone with a good camera and battery life. The display is also decent but it's the performance of the phone which is lacking.

The new Lenovo K9 packs in a lot of features. A 5.7-inch 18:9 HD+ display, 13+5MP dual cameras both at the back and the front, and a 3,000mAh battery. It also has a stock-like Android UI making the Lenovo K9 one of the most feature-packed budget phones on offer today. It ticks off all the boxes in the spec-sheet and also looks good doing so. We especially like the stock Android interface that’s only there in the Nokia phones in that price range, making the Lenovo K9 a good phone to consider under Rs 10,000. The Lenovo K9 makes sensor for those looking to flaunt their device without spending too much. The phone offers enough to talk about with dual cameras on both sides and a polished design, albeit on plastic. The phone also performs well enough without too much of a lag. The apps and games do take some time to open but that's the same for most budget phones.