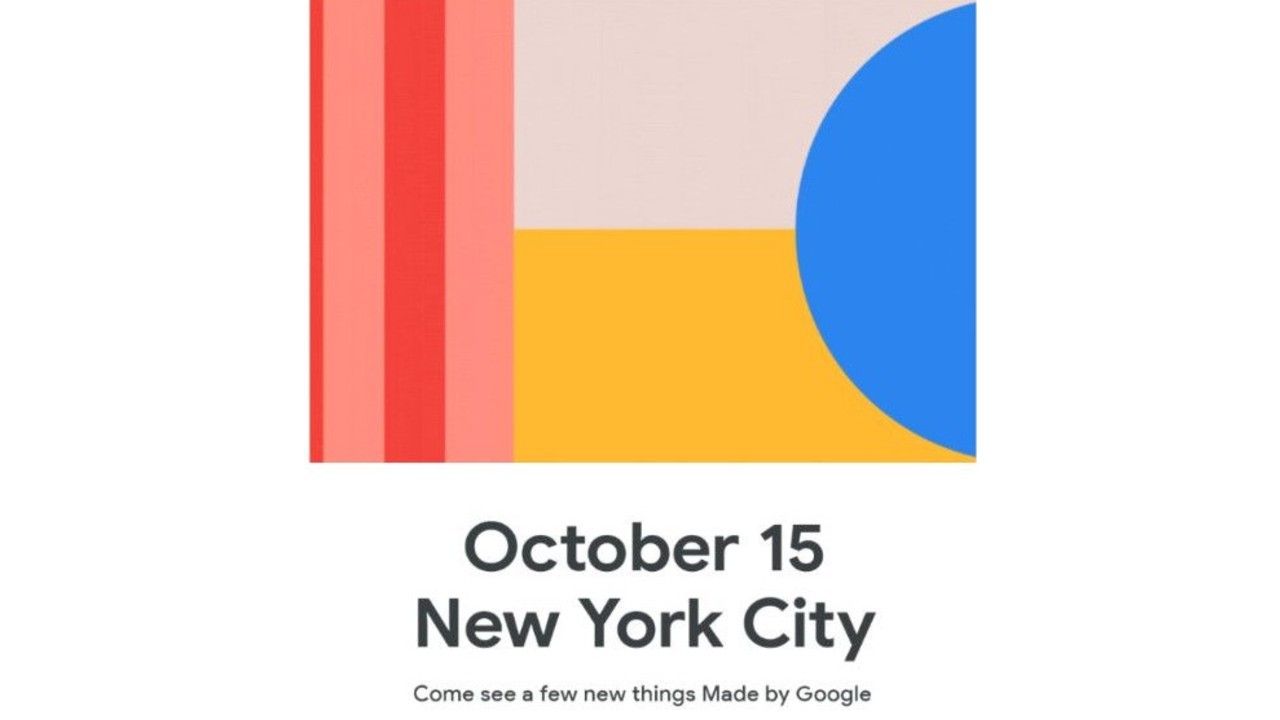 Google has sent out media invites for a hardware event, to be held on October 15 in the New York City. The tech giant is expected to announce the Google Pixel 4, Pixel 4 XL, Pixelbook 2 and Google Home speakers. The invite says, “Come see a few new things Made by Google,” which doesn’t give away much. To recall, last year, Google announced the Pixel 3, Pixel 3 XL, Pixel Slate, new Chromecast, Nest Hub and more.

The Google Pixel 4 and Pixel 4 XL are one of the most leaked devices of the year. The Google Pixel 4 is tipped to feature a 5.7-inch Full HD+ OLED display, whereas the Pixel 4 XL is said to sport a 6.3-inch Quad HD+ OLED display.  Both smartphones may come with 90Hz displays, which Google is reportedly planning to call “Smooth Display". The smartphones are expected to be powered by the  Qualcomm Snapdragon 855 chipset, paired with 6GB RAM. They can come with 64GB and 128GB internal storage models.

On the optics front, Google Pixel 4 and Pixel 4 XL are rumoured to sport a dual rear camera setup: a 12MP shooter with phase-detect auto-focus + a 16MP telephoto lens. It is also said that Google may be developing a DSLR-like attachment for the Pixel that may become an available accessory. Further, the Pixel 4 lineup could have some very impressive astrophotography capabilities. The phones are speculated to come with improved algorithms for Night Sight, Motion mode, new camera UI, and more.

Moreover, the Google Pixel 4 and Pixel 4 XL have been teased by Google to come with a Soli Radar chip, which is said to help users skip songs, snooze alarms, and silence phone calls, just by waving their hand(s).

Previously leaked images have revealed front camera and the earpiece on the top, thick bezel on the forehead, and narrow side bezels and a thin chin.