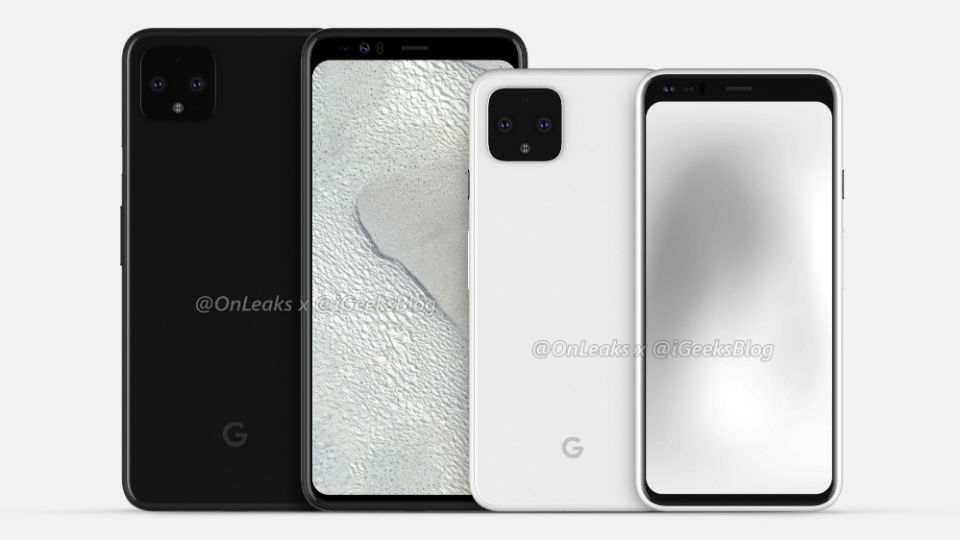 While Google has already confirmed key details and rear appearance of the Pixel 4 and Pixel 4 XL, plenty of stuff still remains unknown. However, recent reports have revealed some more information regarding the specifications of the Pixel 4 duo. Rumours hint at a RAM boost and better screen.

The Google Pixel 4 and Pixel 4 XL could sport a 90Hz display that Google might call “Smooth Display.” Furthermore, the upcoming Pixel phones are said to come with 6GB RAM, which would be the highest RAM capacity in a Pixel till date. According to the report, both the phones could have a sizable top bezel on the front, housing the Soli radar chip, a suite of sensors, a single front shooter, and the speaker.

The Google Pixel 4 is said to feature a 5.7-inch Full HD+ OLED display, whereas the Pixel 4 XL could sport a bigger, 6.3-inch Quad HD+ OLED display. Both the smartphones could come with 90Hz displays, which Google is reportedly planning to call “Smooth Display.” If the duo does come with 90Hz display, they will join OnePlus 7 and Razer Phone 2 in the category of high refresh rate phones.

9To5Google further reveals that the Pixel 4 and Pixel 4 XL might sport a dual rear camera setup: a 12MP shooter with phase-detect auto-focus along with a 16MP telephoto lens. Moreover, the report says, “Google is developing a DSLR-like attachment for the Pixel that may become an available accessory.” The report further goes on to say that both the smartphones might have stereo speakers.

Previously, Google has confirmed that the two smartphones will have Motion Sense and Face Unlock functionalities..

The Pixel 4 and Pixel 4 XL are said to arrive in October.