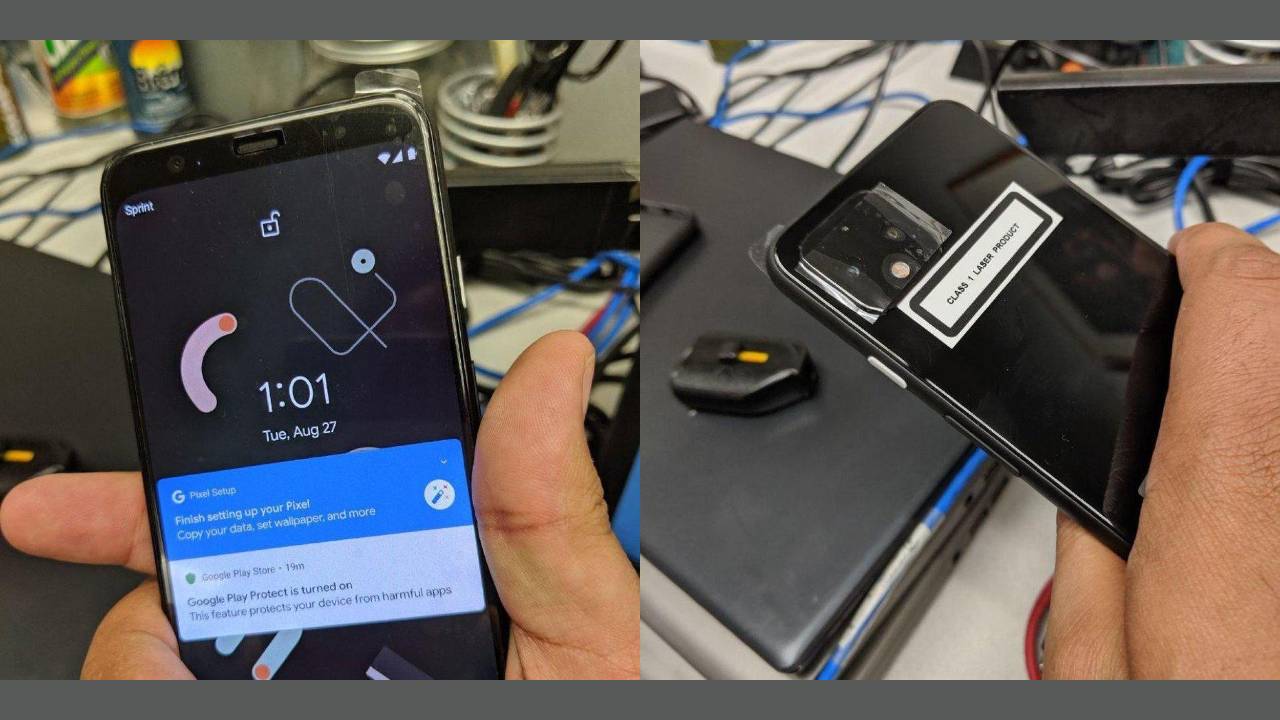 Google might have confirmed key details of the Pixel 4 lineup, but the leaks keep on coming. Earlier this month, an alleged Pixel 4 was spotted in the UK, which did not offer a clear look at the phone, but if you have an eye for detail, you could spot the front camera and the earpiece on the black strip on the forehead, and narrow side bezels and a thin chin. However, two new images of the Pixel 4 have reportedly leaked, and they offer a crisp look at the device in a live scenario.

The two images were found floating around on Telegram, and are now making the rounds all over the web. However, it is unclear what the source of the photos might be. XDA’s Mishaal Rahmaan says, “The images were posted to a (very) small channel and were also posted on a private group. The person who posted it on the private group denies any knowledge of the source, while the owner of the small channel has yet to get back to me.” It is speculated that it is a prototype of the Pixel 4 that we are looking at in the images.

It is unclear whether it is Pixel 4 or Pixel 4 XL in the image. The Google Pixel 4 is expected to feature a 5.7-inch Full HD+ OLED display, whereas the Pixel 4 XL could sport a bigger, 6.3-inch Quad HD+ OLED display. According to the previous leaks, both the smartphones could come with 90Hz displays, which Google is reportedly planning to call “Smooth Display".

The leaked images also reveals the new camera setup on the upcoming smartphones. It is said that the Pixel 4 and Pixel 4 XL may sport a dual rear camera setup: a 12MP shooter with phase-detect auto-focus along with a 16MP telephoto lens. Previously, it has been reported that Google might be developing a DSLR-like attachment for the Pixel that may become an available accessory.