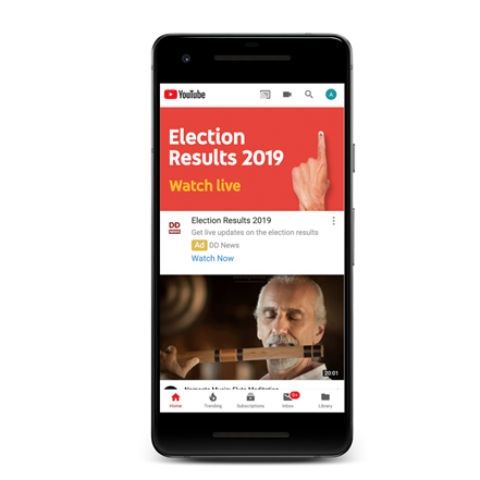 Indian voters have chosen their representatives, and today is the day when all those votes will be counted to decide who will enetr the Lok Sabha with a majority. Those who do not have access to televisions, or are on the go today, can still catch up on all the election and counting coverage through live results on Google Search, on the Google Assistant, and on YouTube. There's also an option to follow the developments of this crucial day in different regional languages though Google's various platforms.

If you are worried about the source of Google's information, the company says that it is showing live election results sourced from the Election Commission of India through Nielsen. These results will show up on Search and on the Assistant across Android, iOS and KaiOS. To find the national level results, users can type “India election results”, (or simply elections results) in the Search. To follow constituency level results, users can search for specific terms like “East Delhi election results” to get latest information. 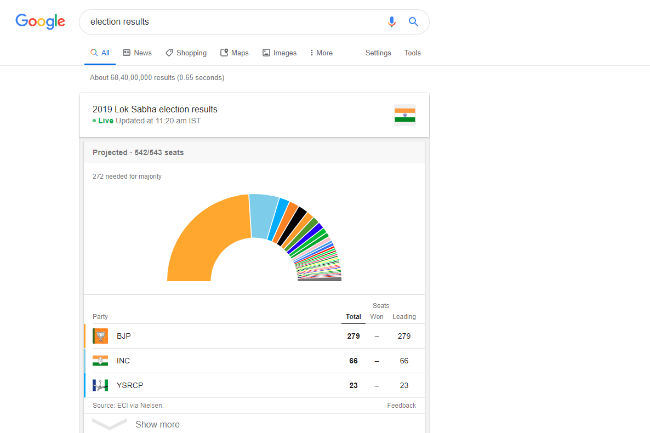 Government-owned broadcast network Doordarshan is also bringing the live result experience to users through YouTube. Audiences can tune into the DD News YouTube Channel for the live video stream in 12 languages, including English, Hindi, Bengali, Telugu, Tamil, Kannada, Marathi, Gujarati, Malayalam, Urdu, Assamese and Oriya, as well as sign language. To follow the Live audio news, users can also tune into on the News on AIR YouTube Channel.

Voting in India began on April 11 and concluded on May 19 for 8,251 candidates who were in the fray for 543 seats. This election will choose the 17th Lok Sabha. An electorate consisting of nearly 900 million people visited a million polling stations to cast their vote in the Lok Sabha 2019 elections. Over 10 million election officials were deployed to manage the polling. Earlier this year, Google had released a report aiming transparency in political advertising during general elections.