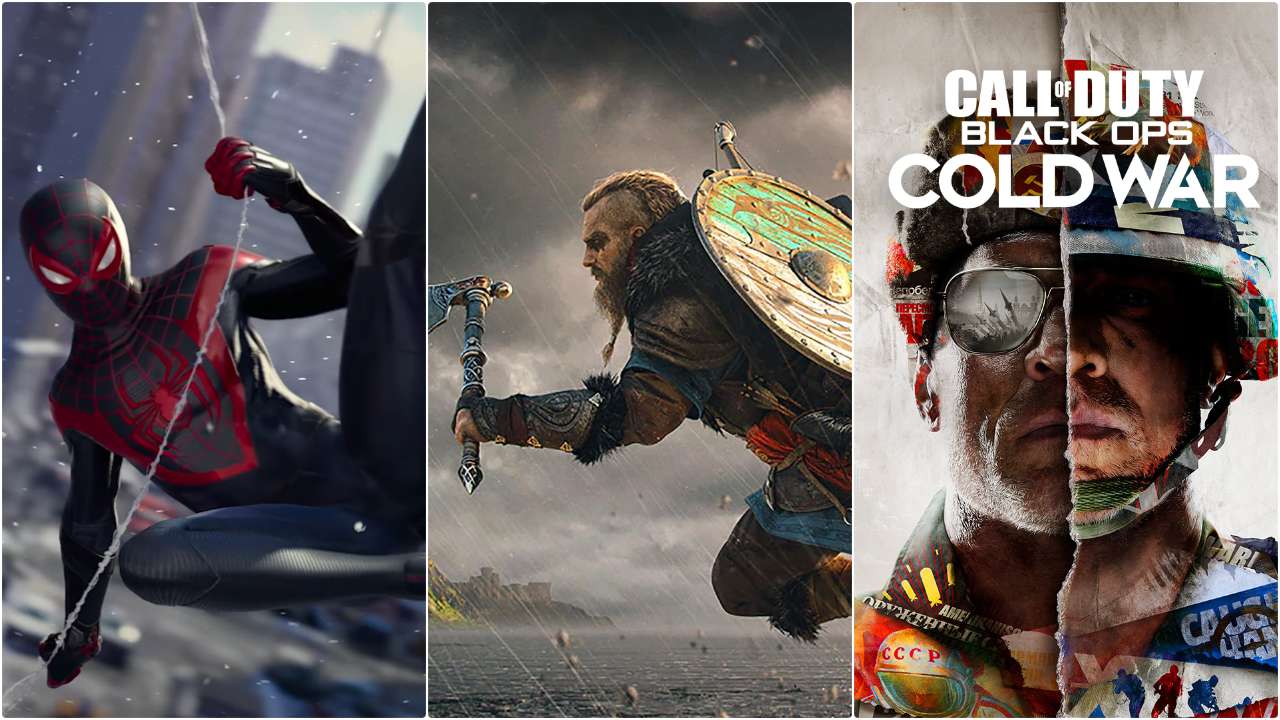 10 Games Releasing in November On PS4, PS5, Xbox One, Xbox Series X/S and PC Worth Checking Out

Cyberpunk 2077 which was slated to release in November 2020 has now been pushed to December 2020. Despite this, there are a number of games such as Assassins Creed Valhalla, Dirt 5, Call of Duty: Cold War and more launching in November 2020.

If you thought “techtober” was over, then we say think again. The madness for the world of tech may be slowing down, but it is just getting started for the world of gaming. Microsoft is launching the Xbox Series S/X globally on November 10, including India, and you can learn about the India price and availability here. Sony is launching the PS5 in the US on November 12 and globally on the 19th but there is no information on an India launch. You can check out the India price of the PS5 here.

In addition to the launch of the consoles, there are also the games that will release. November is filled with games launching on all the consoles, be it the current-gen or the next-gen. While Cyberpunk 2077 has been delayed, there are still a lot of games worth considering. Some games are also offering a free upgrade to their next-gen version. Here is a look at 10 games we think you deserve to spend your hard-earned money on.

Dirt 5 is launching on the current as well as the next-gen consoles and boasts of a 120fps mode on the next-gen consoles. While the game by definition is an off-road racer, it also includes rallycross, ice racing, Stadium Super Trucks and off-road buggies. The game also boasts of split-screen multiplayer. Races will take on challenges in multiple locations across different seasons. The game also features a narrative-focused career mode.

Assassin's Creed is back in 2020 and this time players will don the role of a Viking names Eivor. The gameplay has been overhauled when compared to Assassin's Creed Odyssey. This time around, social stealth and assassinations are back, something which was a highlight in the first few games in the series. New additions to gameplay include dual-wielding of weapons, raids and also rap battles. Yes, rap battles. We’ll let you discover that for yourself in the game.

If aerial dog fighting is what you are looking for, then you can check out the Falconeer. It is an open-world air combat game. One of the highlights of the game is said to be the frenetic aerial dogfights and deep exploration. You are on a mysterious open-world called The Great Ursee. One of the most fascinating things about the Falconeer is that it is being developed by a single person - Tomas Sala.

Demon Souls was released on a console called the PS3. Now, it is being remade for the PS5. It will naturally bring with it updated visuals, but the game also has a bunch of modes players can choose from. The game will play at 4K and 30 FPS in the visual mode or it will have a dynamic 4K resolution at 60 fps. What the developers are touting is the near instant load times thanks to the super-fast PS5 SSD. This will make the challenge of the game and the frequent deaths a lot more bearable.

Godfall was the first PlayStation 5 exclusive we heard of even before we heard of the PS5. The game is a hack and slash looter game. Think Destiny with swords. Godfall was also the one of the games the Japanese media got to try out when they went hands on with the PS5 for the first time.

Sackboy: A Big Adventure may not be on most people's radar, but it was the games used to show off some new features coming to the PS5 UI. The game could also be one of those that shows off the new abilities of the DualSense controller. Considering the cartoony nature of this platforming game, it is one worth considering especially if you have young gamers in the house.

Considered one of the most anticipated games for the PS4 and PS5, Marvel's Spider-Man: Miles Morales isn't a direct sequel to 2018’s Spider-Man but is more on the lines of Uncharted: Lost Legacy. As the title suggests, in this adventure, players will don the role of Miles Morales who also has spider powers. The game will have a free PS4 to PS5 upgrade, and we are really looking forward to the performance of the game on the PS5, especially how the game will use the haptic feedback of the DualSense controller.

Call of Duty Black Ops Cold War is another game that will be available on the current and next gen consoles. With Call of Duty Modern Warfare eating up oodles of space on consoles and PC, it is no surprise that the new game will occupy a massive 250GB on the PC if you want to play the game in 4K. A first-person shooter game, it will be interesting to see how this game exploits the potential of the next generation consoles.