The Realme Narzo 10 and Narzo 10a are set to launch in India on May 11. It will be a live stream online. The smartphone will be avialble in Green and Ornage zones in India. 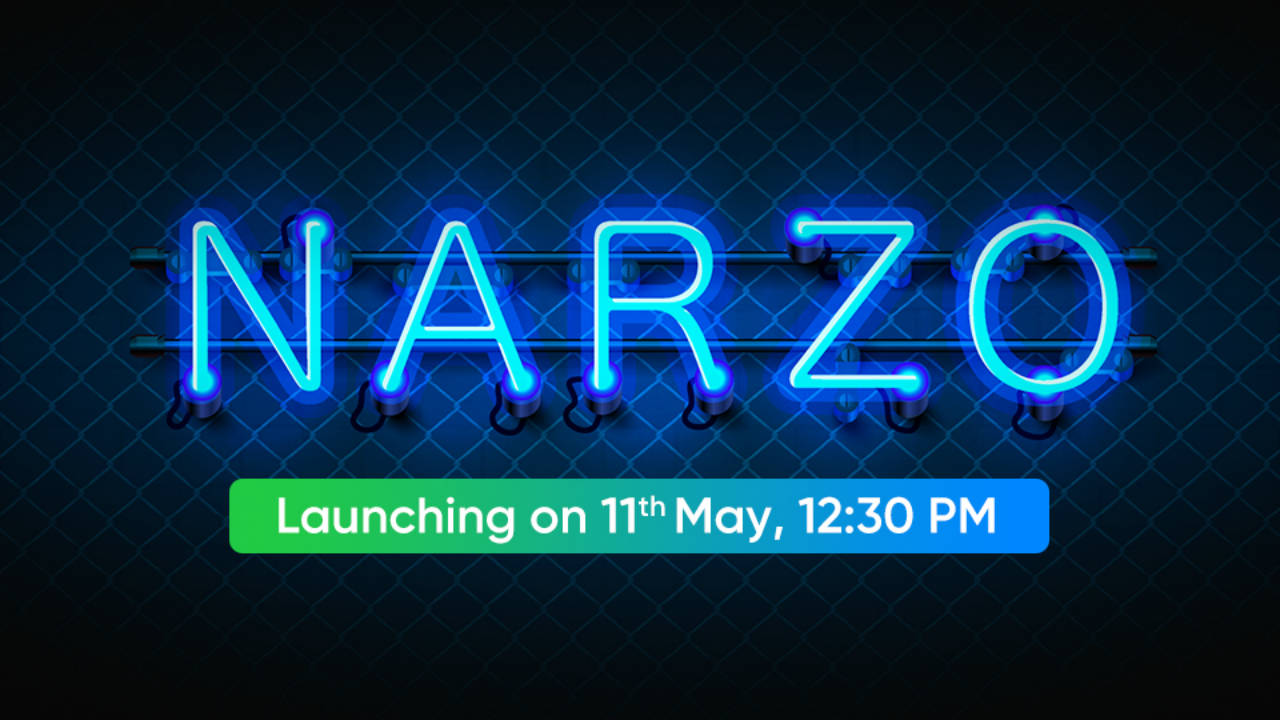 Realme has announced that it will launch the Narzo series on May 11 via a live stream. The smartphone which was said to launch in April was delayed due to the Coronavirus pandemic. Now that the lockdown has partially lifted, we can see the launch of the smartphone along with the fact that it will go on sale in Green and Orange zones in the country. The Narzo series will include two handsets, namely, the Narzo 10 and Narzo 10A. Realme is reportedly pushing the Narzo series at the youth, as inferred from the flashy promotional material that place a lot of emphasis on “Gen Z”. Detailed specifications of the duo remain unknown.

A mail sent by Realme reads, “The wait for the much anticipated Narzo series, a brand new generation of power-packed devices from Realme, is now finally over. We are glad to invite you to the digital launch of REALME NARZO 10(₹ 13350 at Tatacliq) & REALME NARZO 10A(₹ 8999 at flipkart) on 11th May and experience the new future of premium, performance-driven, affordable smartphones. The launch of Narzo marks a special occasion for us as with this new series, we are now bringing home the ultimate combination of the best gaming performance with a distinct identity and edge for the Gen Z consumers. They are disruptive, trendsetting and trailblazers and the Narzo series has been exquisitely crafted to match their beats. Additionally, with consumers now being able to access smartphone delivery in green and orange zones, we are thrilled to bring the new experience of Narzo 10 & Narzo 10A at your doorstep”.

Some of the specifications of the smartphone have been confirmed. The Narzo 10 is said to come with a 48MP quad-camera setup at the back. The cameras are placed vertically. The Narzo 10A will have a triple camera setup at the back and will pack a 5000mAh battery. The smartphones are also said to support fast charging and come with a 6.5-inch display. The rest of the specifications of the devices are unknown but since they are targeting gamers in their promotional material, it will compete with devices like the Poco X2 and the Redmi Note 8 Pro, to name a few.

Realme was originally set to launch the Narzo family of devices on March 26, 2020. But due to the Coronavirus outbreak, the launch of the smartphone was postponed.