Realme Narzo 10, Narzo 10A to be launched in India on March 26, several specs revealed 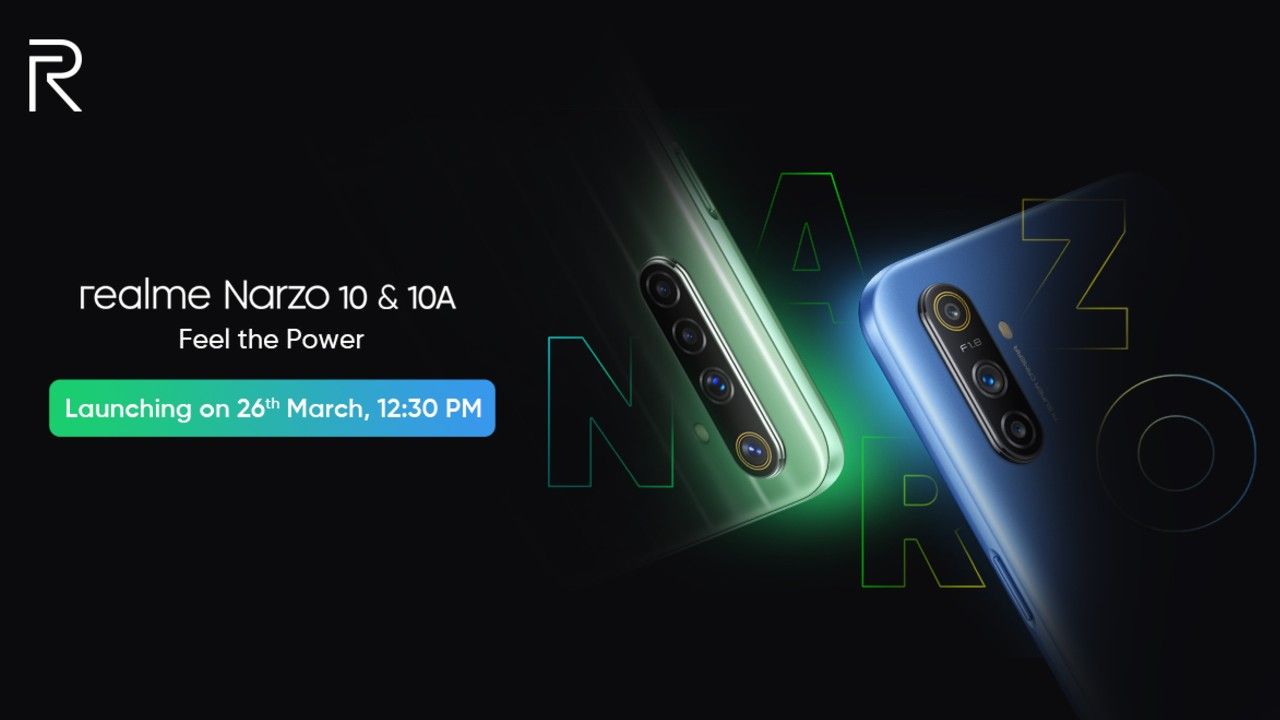 Realme Narzo 10, Narzo 10A to be launched in India on March 26, several specs revealed

Recently, Realme announced that it will be launching a new series of smartphones. It teased the launch of “Narzo” series. Now, the company has announced the Realme Narzo India launch date. The series will include two handsets, namely, Narzo 10 and Narzo 10A. Realme is reportedly pushing the Narzo series at the youth, as inferred from the flashy promotional materials that place a lot of emphasis on “Gen Z”. Specifications of the duo remain unknown. However, the latest teaser poster showcases a quad rear camera setup and a triple rear camera setup on the duo.

Realme took to Twitter to announce the launch date of its new Narzo series. The launch will take place at 12:30 PM on March 26. It will be an online-only event as the tweet says “Launching at 12:30 PM, 26th March on our official channels.” The teaser poster attached to the tweet reveals two models named Narzo 10 and Narzo 10A. Further, there’s an image of the camera setup of the duo. The Realme Narzo 10 will sport a quad rear camera setup. Assuming the Narzo 10A to be the cheaper variant, it will sport a triple rear camera setup with a primary lens of f/1.8 aperture.

Realme Narzo will allegedly provide an alternative to the POCO smartphones in India. As per the microsite, Realme is focusing on camera, gaming and battery. One of the Narzo phones, likely the Narzo 10 will come equipped with a 5000mAh battery that is claimed to last up to 39 days. Further, it will support Quick Charge technology. In one of the images on the microsite, we can also see the presence of a 3.5mm audio jack, Moreover, the handsets may come with a side-mounted fingerprint sensor. Also, the site reveals that new phones will come with a 6.5-inch display offering 89.8 per cent screen to body ratio.