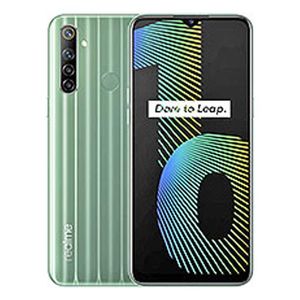 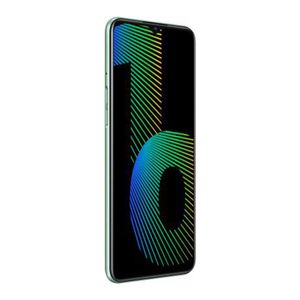 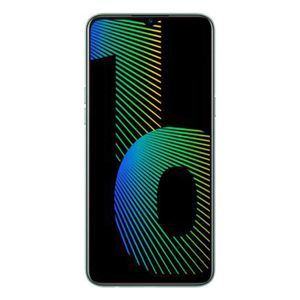 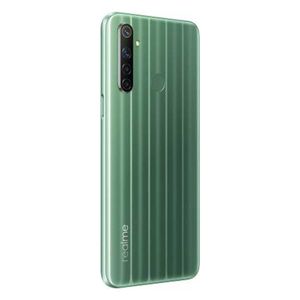 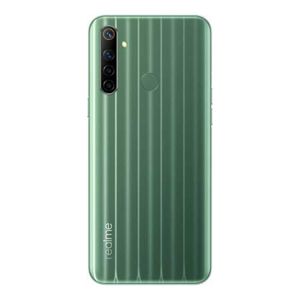 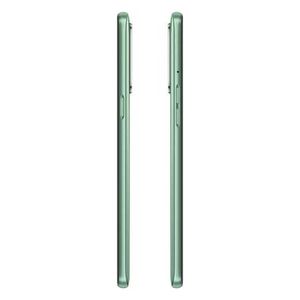 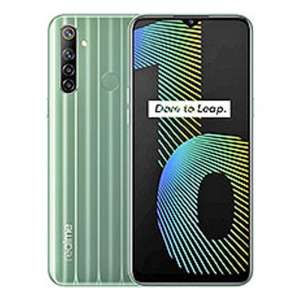 It is available in three colours – ‘That White’, ‘That Green’, and the newly announced ‘That Blue’ colour variant. It features a 6.5-inch HD+ display and comes with 2.5D curved Gorilla Glass 3. The Narzo 10 has a quad rear camera setup which includes a 48 MP primary sensor, along with an 8 MP ultrawide sensor, a 2 MP macro lens and a 2 MP monochrome lens. On the front of the smartphone is a single 16 MP front camera.

REALME NARZO 10 is available via flash sales in India since its launch in May 2020. The smartphone is available starting at Rs. 11,999 for 4 GB RAM + 128 GB storage option in three colours –That Blue, That Green, and That White. It has a 6.5-inch HD+ display, an octa-core MediaTek Helio G80 processor, coupled with 4 GB of LPDDR4X RAM and 128 GB of internal storage that is expandable using a dedicated microSD card slot. The phone has a quad rear camera setup which includes a 48 MP primary sensor and for selfies, the Realme Narzo 10 has a 16 MP front camera.

Realme has launched a new blue colour option for Realme Narzo 10 in India. The new colour variant is available to purchase for the first time from June 30. The Chinese smartphone maker had launched the phone in India in May in two colours earlier, That Green and That White. The phone packs quad rear cameras, an octa-core MediaTek Helio G80 processor and a 5,000mAh battery. The phone has been put on multiple flash sales in India since its launch. The new Blue colour option of the Realme Narzo 10 is priced at Rs. 11,999 in India.

The Realme Narzo 10 features a 6.5-inch HD+ display with 1600 x 720 pixels resolution Mini-Drop display with an 89.8 percent screen-to-body ratio. The phone comes with a 2.5D Corning Gorilla Glass for protection. Under the hood, it is powered by an octa-core MediaTek Helio G80 processor, with a Mali G52 GPU. It is available in a single 4 GB of RAM and 128 GB of internal storage variant in India. Backed by a 5000 mAh battery the phone comes with support for 18 W Quick charge. The handset runs on Realme’s proprietary UI based on Android 10.

The phone has a 6.5-inch display and has an 89.8 percent screen-to-body ratio. It has a waterdrop-style notch. The phone has 720 x 1,600 pixels with an aspect ratio of 20:9. It is available in That green and That white colours.

The Realme Narzo 10 comes with a quad rear camera setup with a 48 MP primary shooter, an 8 MP ultra-wide-angle camera, a monochrome sensor, and a macro camera. The phone has a 16 MP front shooter for clicking selfies.

It runs on the Android 10 based company’s proprietary Realme UI on top. Under the hood, it is powered by a MediaTek Helio G80 chipset with 4 GB RAM. It has an octa-core 2x2.0 GHz Cortex-A75 & 6x1.8 GHz Cortex-A55 processor and Mali-G52 MC2 GPU.  It has an accelerometer, proximity, and compass sensors.

The phone includes a 5,000mAh battery. It has 128 GB of internal storage which is expandable via a microSD card slot up to 256 GB.

It has a USB Type-C port, Wi-Fi, Bluetooth, GPS/A-GPS, and a 3.5mm headphone jack for connectivity. It supports dual sim with dual standby with 4G support on both SIM cards.

The Realme Narzo 10 is a dual-SIM smartphone.  The phone is powered by MediaTek Helio G80 octa-core SoC and is available in 4 GB RAM. The phone has up to 128 GB of onboard storage, which can be expanded via a microSD card slot to 256 GB.

Is Realme Narzo 10 waterproof?
The Realme Marzo 10 is a splash resistant smartphone. It has a 6.5-inch display screen and a screen to body ratio of 89.8 percent. The phone has a Corning Gorilla Glass 3 protection. The phone has weather-sealed ports & loudspeaker which can withstand mild splashes with ease.
What are the best features of Realme Narzo 10?
The Realme Narzo 10 has a 48MP Quad Camera setup in the rear, a 16 MP front AI selfie camera and comes with a powerful MediaTek Helio G80 AI processor. The smartphone supports a powerful 5000 mAh battery and has 18W Quick Charge support. The smartphone runs on Android 10 based company’s proprietary Realme UI.
Does it support quick charging?
The Realme Narzo 10 smartphone supports 18 W quick charge and has a USB Type C.

Realme's annual smartphone launch cycle has just begun, and we expect a bunch of releases right around the corner. The company is on track to launch the new Realme GT this week. It's a performance...

Xiaomi Redmi Note 10 series is set to launch on March 4 in India in what is going to be a global unveiling of the line-up. Ahead of its official launch, a new leak has...

Realme GT is all set to go official on March 4 in China, and ahead of its launch, the phone has been listed on the benchmarking website Geekbench. The listing reveals some key details about...