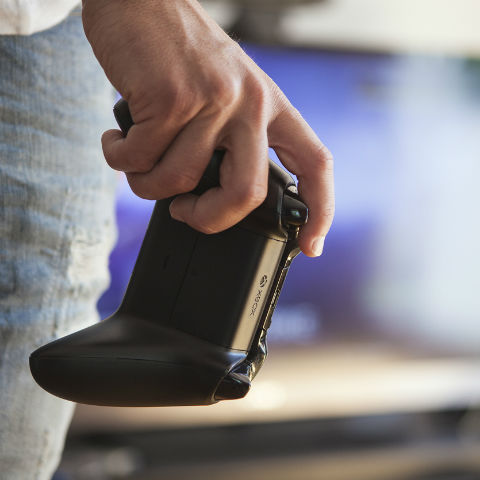 Xbox One can become a free Project xCloud cloud server

At E3 2019, Microsoft showed off a lot of games, spoke about their upcoming 8K capable console and also shed light on their game streaming service - Project xCloud. One of the interesting announcements from the event is that gamers will be able to use their Xbox One at home as an xCloud server. There wasn't much information given as to how this will work at Microsoft’s E3 briefing but it looks like information is now surfacing as to how this feature will work.

According to Tom’s Guide, Project, xCloud will be free to those that have an Xbox One. Console owners can use their console as an xCloud server letting them stream any Xbox One game they own to their smartphone or tablet, just like users can stream Xbox games to Windows machines today.

Let's understand this in a little more detail. Microsoft has said that with Project xCloud, you will be able to stream Xbox games to any device, like a smartphone, and play the game using an Xbox One Controller. There is no information available about pricing or launch date, but looking at the success of Game Pass, we think it is possible that Project xCloud could be a subscription-based service. But what happens you own an Xbox console and have a sweet library of games? Well, in that case, you will be able to use your Xbox as a Project xCloud server and stream games from your Xbox to a device like a smartphone.

Microsoft says that this will be free. The ability to use your console as a part of Project xCloud won't be paid but rather a free update that will come to the consoles. Phil Spencer, Head of Xbox, has said that the company wants to give gamers options to play their favourite games be it on a console, PC or on-the-go.

PlayStation already has a remote play function that lets users play their PS4 games on the go on an Xperia smartphones, Windows or mac, an iPhone or iPad and the PS Vita. Even though remote play on Sony’s console doesn't need you to be in the same Wi-Fi network, it does need you to have good internet wherever you are and also good upload speeds back home where your PS4 needs to be running or in ‘rest mode’ at the very least.

Remote Play on the PS Vita has existed for quite some time and is a very handy solution for those that own a PS4 and a Vita, and only have one TV in the house. It is seamless, easy to set up and just works when you need to stream on the same network.

Using a device in your house as a personal cloud server isn't new. Plex is a great example of streaming content stored on a hard drive in your house to any device in the world so long as you have good uploads at home and decent downloads wherever you go. In the world of gaming, however, it is a relatively new concept. PC gamers also have the option to stream their games from their PC to their living room TV using a device like the NVIDIA Shield. Both the PC and the Shield need to be on the same network