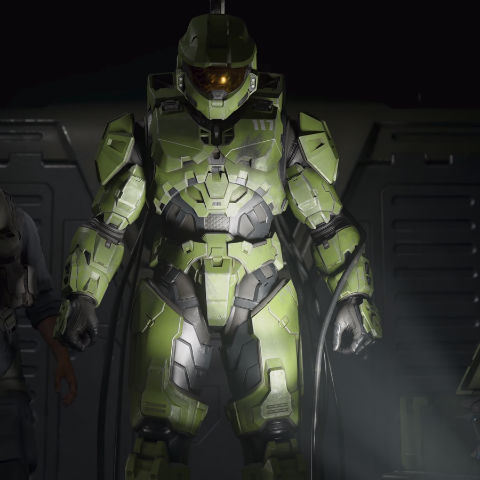 E3, the biggest show in gaming, is underway and Microsoft, EA and Bethesda have all showcased their offerings. Of course, Microsoft had a mix of exclusives and third-party games. Since we have already covered EA's and Bethesda’s announcements in detail, those games are not part of this list. This list includes 10 uber cool game trailers showcased at E3 2019 that you definitely need to watch.

When Cyberpunk was first announced we thought the game would literally be launched in 2077. Last year we got to see a slick 45-minute demo showcasing fast-paced action gameplay. Today, we have with us not only a trailer that reveals the launch date of the game but a celebrity casting as well. John Wick himself will be in the game! Keanu Reeves took the stage at E3 2019 to announce the release date and highlight his involvement with the game. The game will release on PC and the current console generation on April 16, 2020. Further, Nvidia recently revealed that the game will support real time ray-tracing.

Last year we got a glimpse of what Halo on the next-gen Xbox would look like and now we have a full cinematic trailer. Granted, there is no gameplay, but it's always exciting to know what adventure Master Chief will embark on next.

Ninja Theory, the masterminds behind Hellblade: Senua’s Sacrifice, is now a part of the Microsoft family of exclusive studios. Their new game, Bleeding Edge is a 4v4 multiplayer game filled with melee combat.

Ori and the Will of the Wisps finally has a release date - February 11, 2020. The game has been a part of Microsoft’s Xbox E3 showcase for two years now and we are glad the game is finally getting a release date. This 2D Metroidvania game is a sequel to one of the best Xbox exclusives available till date.

What if you had to live the same twelve minutes over and over again. How would you change it? How would you protect the one you love? Can you solve the mystery before time resets? All these questions and more are what we are left with after watching the intriguing trailer for Twelve Minute.

Living in a world flooded with the infected isn’t a new concept but the way in which Dying Light 2 presents its world is something to take note of. All the decisions you make affect the game world dramatically. The game has some impressive traversing and combat and has a launch window of Spring 2020.

The franchise needs no introduction. It is receiving a remaster from the ground up for both visuals and audio. Rather than reading our description of the game, you should check out the trailer below.

Raz is back. We get our first glimpse at the world of Psychonauts 2 and some gameplay. The game not only looks as good as the original but also looks to retain the same magic that made the original game so lovely.

Obsidian Entertainment is another studio that's a part of the Microsoft game studios family, and the next game the developer is working on is the Outer Worlds. The game is set to release on October 25 2019. The development team behind the game has the original developers that Made Fallout New Vegas such a classic and we can't wait to see what they do with a new IP.

The Elite Controller is a great option for those looking for pro controls on the Xbox. Microsoft has gone ahead and made a good controller even better. You have rubberised grips, better Bluetooth connectivity, trigger controls and, for the first time on an official Xbox One controller, a built-in battery. Check out the new controller in the video below.

Synology DS120J: The Digit community dissects the NAS and pushes it to its limits Previous Post
Amazon Prime Day Sale 2021: 5 easy tips on how to get the best deals and discounts Next Post