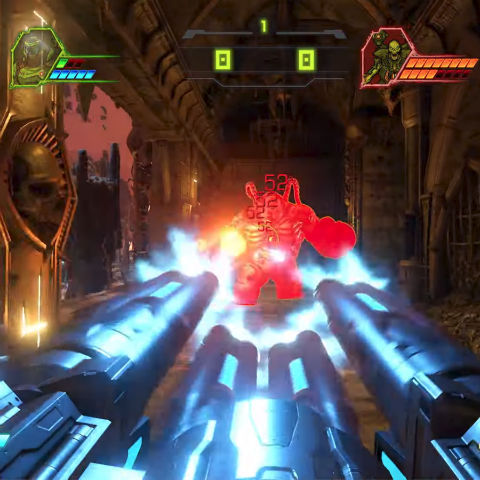 E3 2019 is on in full swing and Bethesda, the publisher behind games like Doom, Wolfenstein, Dishonored, Fallout and more, brought its A game to this year's E3. The company shed light on some big games like Elder Scroll Blades, and some VR experiences as well, but the highlight of the show was their upcoming library of PC and console games. Here is a look at everything Bethesda announced at E3 2019.

Wolfenstein Young Blood isn’t a direct sequel to Wolfenstein 2. The story of the game kicks off years later and you don the role B.J. Blazcowicz’s twin daughters, Jess and Soph. They are on the lookout for their dear old dad who has gone missing. The game's story takes place in an alternate World War 2 reality where the nazi are winning and it is up to you to take them down.

Doom Eternal got a multiplayer trailer where the Doom slayer can take on the Demons. The new multiplayer mode is a demon vs slayer mode where one dons the role of each character. The demon has the ability to spawn more demons whereas the Doom Slayer has to rely on his arsenal and skills to get the job done. Doom Eternal also has a release date.

From the studio that brought you the Dishonored franchise comes a brand new IP. Called Deathloop it looks like players will repeat the same set of incidences once they die to see how best they can survive the same onslaught. The trailer revealed shows off some pretty cool gunplay and anyone that has played Dishonored will recognise some familiar elements in Deathlloop. There is no release date available for the game just yet.

Rage 2 is getting some DLC content. Since the game released a few weeks ago, the DLC doesn't include a lot of content. What players get is cheat codes, new vehicles (including a mech) and game modes and modifiers. You can read our review of Rage 2 here.

Bethesda was honest enough to acknowledge the debacle which was Fallout 76 and at E3 2019 showcased some of the goodies which gamers will get for free. It includes NPCs that can speak (finally!) and a battle royale mode. The update is called Wastelanders and you can check out the trailer below.

Originally showcased last year at E3, Bethesda did touch upon the development of Starfield. The developer said that the game is on track to be revealed as a next-generation game so we think it's safe to assume the game will be revealed at E3 2020 and maybe a launch title for the next generation consoles.