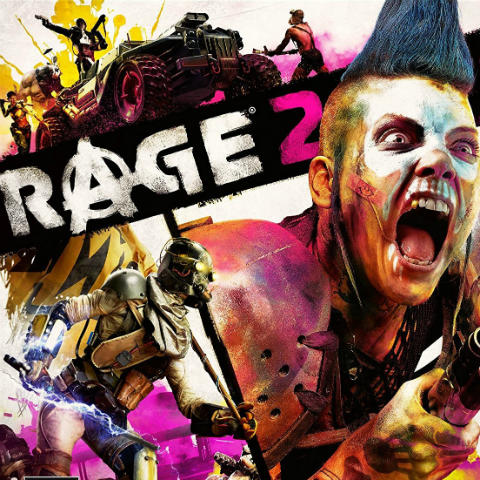 Rage 2 Review: Bringing out the crazy in you

Ever since its reveal last year at E3, fans of ID software games have been wondering why a sequel to Rage was green-lit. The original game had some interesting ideas but their execution and the technical limitations of the PS3 and Xbox 360 meant you were left wanting more. Sure the game had the easily recognisable John Goodman lend his voice to a key character and the post-apocalyptic setting was an interesting story, but the overall package lacked the required punch. Nonetheless, we have a sequel in the form of Rage 2. The game is set a few years after the first game, but the story isn't what will draw you into this world. It is the fact that ID, with its expertise in FPS games, has teamed up with Avalanche Studios best known for the Just Cause franchise and Mad Max video game. Is this a match made in heaven?

No, you don't need to play the first game to come to grips with what's happening in the second one, although if you have, you will get the hang of some of the references, characters, and even the motivations of the big bad villain. He is the same villain from the previous game and Rage 2 starts out with a short monologue from the antagonist explaining the events of the first game and setting the stage for the second game. You don the role of Walker, a soldier who gets thrown into the mess of things when his/her (you can choose to be a male or a female character in the game) mentor bites the dust at the beginning of the game, leaving you to deal with the “Authority” and its leader. 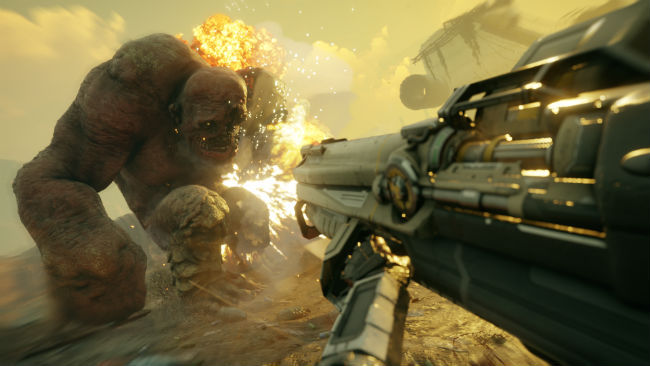 The story of the game has you running from point A to point B, taking on missions which usually involve killing a lot of mutants and bandits in order to progress to kill more mutants and bandits. There are a lot of side quests you can tackle in the game, some given to you by NPC’s and others you can take up from the notice board of each town you visit, just like Red Dead Redemption 2.

Overall, the story is the weakest element of Rage 2 and by the time you are done with it, one wouldn't be surprised if you didn't know what the story was all about. It's that forgettable.

The gameplay of Rage 2 is definitely one to enjoy. Here’s a very important piece of advise before we delve deep into the gameplay. Unlock as many Ark’s as you can as these not only house abilities but some of them house weapons as well. You will come across some Ark’s during the story mission and some you will have to hunt for. There are four marked on your map from the get-go and I highly recommend getting to as many of them as soon as possible. One of the Ark’s during the story mission will introduce you to the best gun in the game - the shotgun. But more on that in a bit.

Fast, fluid, intense and crazy is the best way to describe the gunplay of Rage 2. Coming from ID software, the guys behind 2016’s Doom, it’s easy to understand why the gunplay in the game is so much fun. Add to it a dash of Avalanche studios, the ones behind the over the top Just Cause series and you know where Rage 2 gets its over the top abilities from. Its this mixture of fast-paced gunplay merged with some insane abilities and guns that makes the gameplay so much more engaging. Sure, you can literally run through the game with an assault rifle and a shotgun, but then you'd be wasting your time. The charm in Rage 2 is to run, double jump, slam into the ground, use your gravity gun to launch enemies into the sky, fire a burst of homing missiles from your rocket launcher, slam the foes in front of you and finish the rest off with headshots from your assault rifle. The sky is the limit when it comes to creative kills. 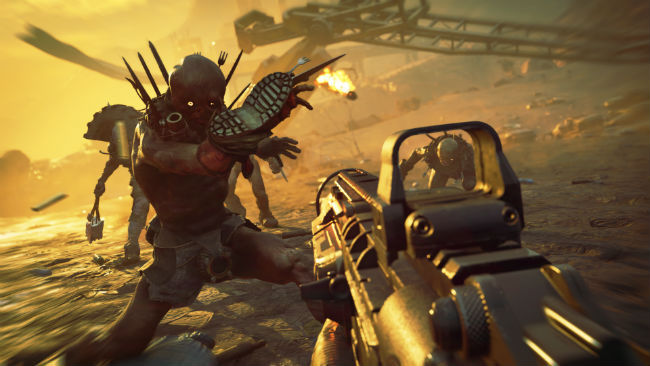 You also have an overdrive meter which kicks in once you've killed enough people and apart from acting as a health regenerator, the overdrive mode also kicks in some special abilities for your weapons. This brings your weapon's total abilities to three - one, when you fire from the hip, two when you aim down the sights and the third mode kicks in when you get into Overdrive. For example, the shotgun has a stronger impact and a wider spread when fired from the hip, has a more concentrated blast when aimed down the sight and has increased damage when used with your Overdrive ability. The rocket launcher launches rockets (duh) but when aimed down the sights, they become homing rockets, so on and so forth. You also unlock abilities like Slam, Dash, Ground Pond and more to aid you in your conquest.

Each ability, weapon and skill has its own upgrade tree and this is where the game throws in some RPG elements so you can choose your playstyle and the abilities you wish to unlock first. One of the best things about the game is that the entire map is open to you from the get-go. We have seen this in games like Far Cry and Crackdown so it's nothing new. However, it is nice, especially if you are the one that's going to run around and equip yourself before beginning the story. Each mission you encounter is tagged with a difficulty level that you can see on the map. So if you aren’t well equipped, you can come back to the mission later.

The enemies you encounter aren't very varied with the occasional authority sentry blocking your way forward or the occasional larger than life monster blocking your progress. Most of the foes are mere bullet sponges waiting for their weak spot to be exposed so you can rain bullets at them. 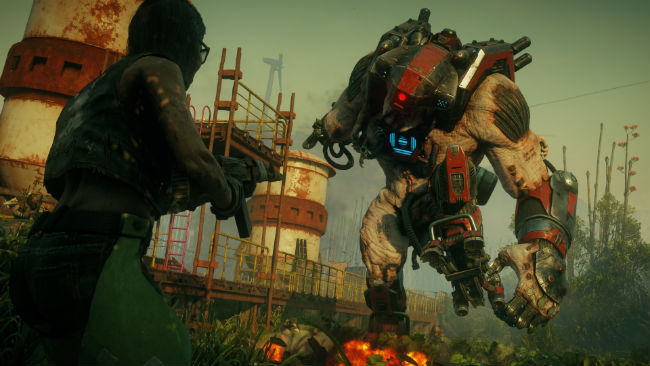 As fun as the gunplay is in the game, the rest of the world is quite empty. You will drive around the wasteland going from point A to point B, watching a lot of texture pop-in, and wondering when the sightseeing will begin. Don't get me wrong, there are some moments of wow in the scenery, but not as many as in Metro Exodus. Speaking of Metro, rather than being a completely open world I wish Rage 2 was broken up into different locations like Metro Exodus. This would not only give you a smaller more impactful open area to explore but also diversify the environments you encounter. There are dark tunnels, building interiors, small towns and more to explore, but nothing that gives you a sense of drastic variety.

There are also races you need to win and a “Mutant TV” show that you need to become the star of, but these are more excuses for you to show off your abilities in closed spaces.

Overall, the gunplay in the game is a lot of fun, broken up with lots of drab driving through the bland open world.

60FPS on a console is what youget with the game. The PS4 Pro and Xbox One X version of the game run at 1080p 60FPS, whereas the base consoles run at 30FPS. The fast-paced action of the game is meant for a 60FPS experience and it shows. Nowhere during my time with the game did I notice any frame drops or stutters which would hamper the experience. The motion is smooth, fun and fast that all else is forgiven. 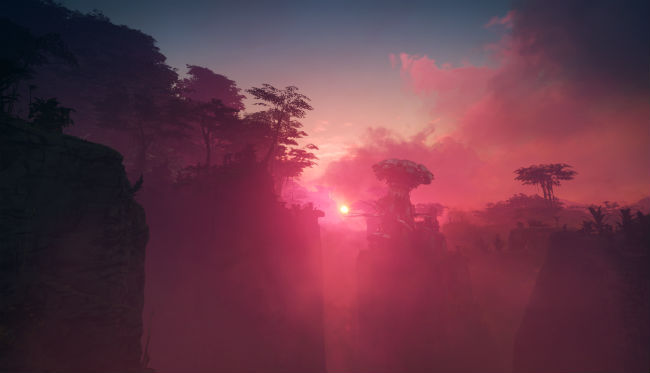 The game isn’t presented in HDR which is a bummer, especially when you see how vibrant the colour pallet of the game is. It’s as if the post-apocalyptic world of Mad Max was run over by a bunch of teenagers with spray paint cans who decided that the world needs a lot of colour with pink being the most prominent. Pink as a colour is also a hint of intractability in the game world. See a pink switch, rest assure you can press it. See pink rope hanging on a ledge, that's the lege you should climb, so on and so forth.

I’m okay with the 1080p resolution on the Pro and X consoles, and even the lack of HDR to give me that smooth 60FPS gameplay. What I didn’t like about the game was the amount of pop-in. Playing the game off of an external hard drive may be the culprit here, but texture draw in completely in front of you and navigating the upgrade tree menu can get quite frustratingly slow at times.

The game isn't the best looking we’ve seen on a console, but it sure does have the makings of one that will make you turn your head and wonder what part of the world this is. 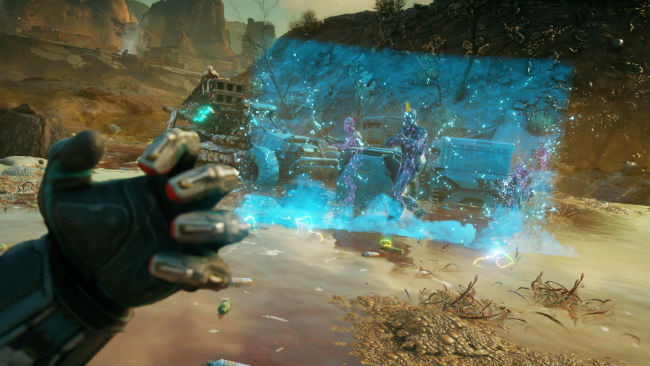 Once again, referring back to Doom, the sound of Rage 2 is designed keeping immersion in mind. From the thud of the shotgun, to the slight sonic sound when you aim down the sights of the same gun to the bangs of grenades and the smack of your hand pounding an enemy all sound satisfying. In the heat of battle, there are so many sounds in the environment, it's easy to miss out on some. This is one game you should play with a nice pair of headphones.

The sounds of your vehicle's engine and the voice acting are passable for the most part, but its the head of battle with guns, grenades and the background score that will immerse you. 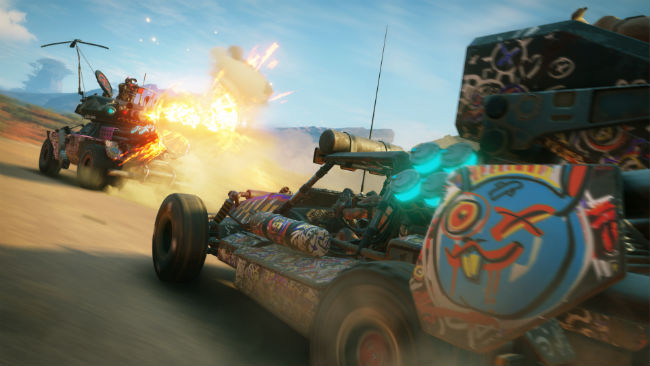 Rage 2 is a fun game but the fun lies in the combat only. The world isn’t as well laid out as Metro Exodus for example. The amount of fun you have in combat is dependent on how willing you are to experiment with the abilities you have. As I said, you can play this game like any standard shooter, and you wouldn't be doing the game justice. It is when you get out of your comfort zone and start experimenting with various guns and abilities that the game truly shines.

We played an Xbox One review copy of the game 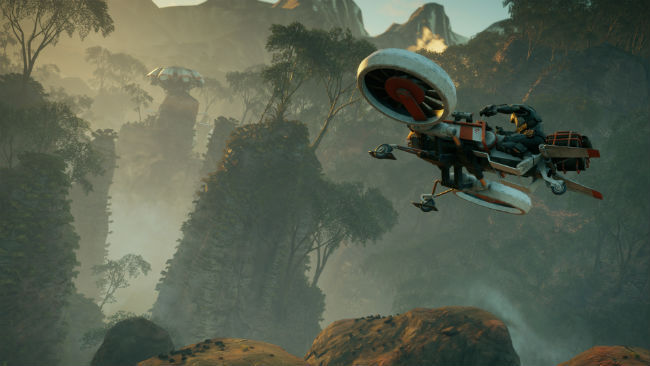