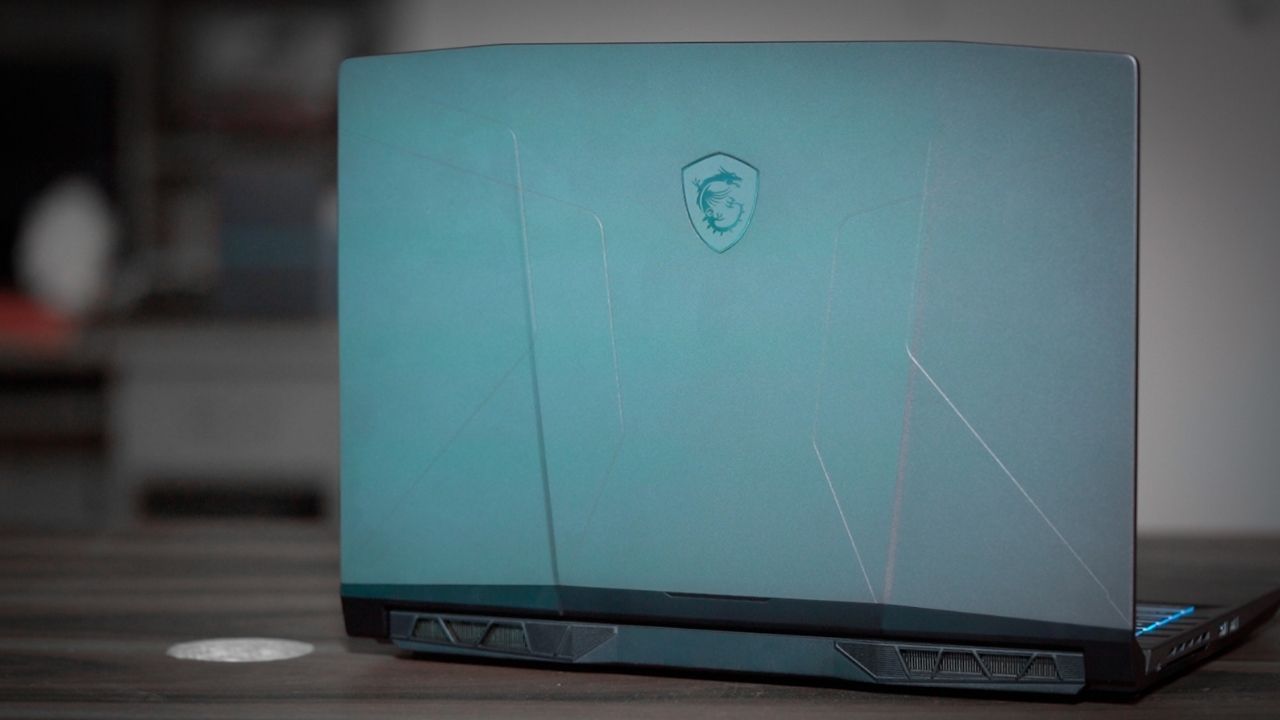 The MSI Pulse GL66 is a great gaming laptop that can be used reliably for both gaming as well as creative workloads. The Intel Core i7-11800H and the RTX 3060 combo works very well to deliver solid performance numbers to compete with the best when it comes to 1080p gaming. I did find the display to be a little disappointing on our review unit, and the fans get overly loud to keep the temperatures in check. But besides that, the MSI Pulse GL66 hits the sweet spot for 1080p gaming.

The arrival of Intel's new H45 processors sparked a new level of excitement amongst laptop enthusiasts. I had been waiting for the new crop of laptops with these processors to show up on the Indian market since the announcement, and MSI ended up being the first one to pull that trigger to make it happen before the other manufacturers. 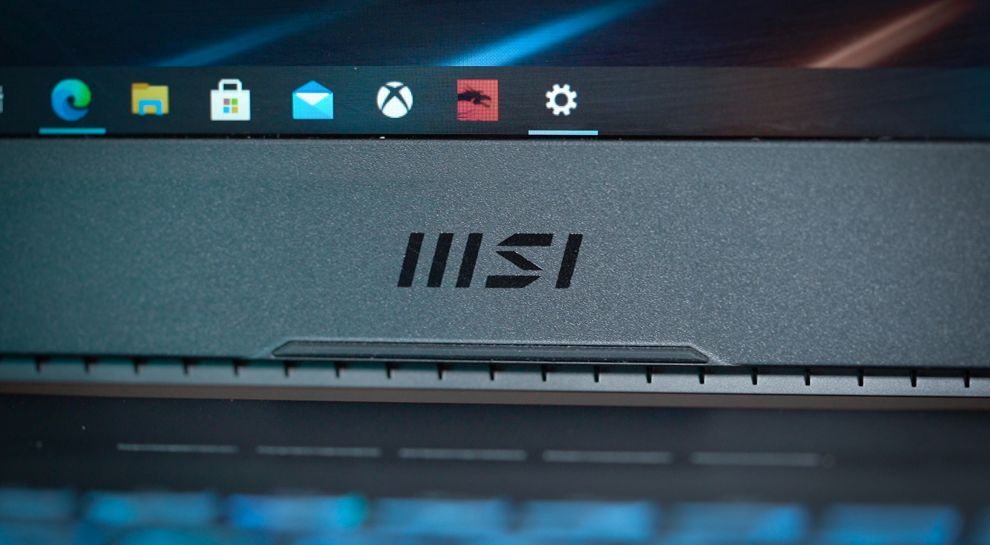 The MSI Pulse GL66 is powered by the 11th Gen Intel Core i7-11800H with 8 cores and 16 threads. But besides just the processor, the MSI Pulse GL66 appears to be a well-rounded package for gamers who are eyeing 1080p gaming on their laptop. Does it deliver on that front? Let's check out this full review of the laptop to know more.

Note - The MSI Pulse GL66 unit that we received for this review is an engineering sample which means the performance can be a bit off. It could either be slightly better or worse than the retail version that you'd end up buying on the market.

Starting off with the gaming performance, I ran a handful of games on this laptop ranging from GTA V to even some of the relatively newer titles like Control and Metro Exodus. Here's a quick look at the frame rate graph that should give you an idea of the kind of performance you can expect from this machine - 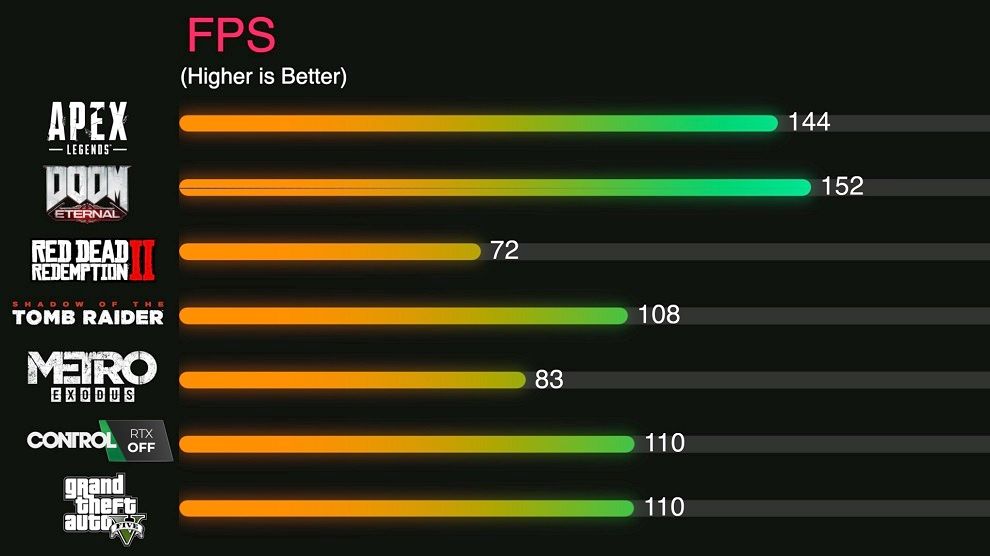 As you can see, I was getting similar performance even on other titles across the board like Metro Exodus, Shadow Of Tomb Raider, Apex Legends, etc. and all were running at upwards of 100FPS and some even hitting the 144Hz mark, which is the kind of performance you can expect from an RTX 3060 that's configured to run at around 85W TGP.

For content creators, the 8 cores on the Core i7-11800H and the 3060 will deliver reliable performance too. For example, I was able to export 5 mins 1080p project in just a minute 41 seconds in Davinci Resolve. Moving over to Lightroom, the laptop was able to export 50 RAW files in 1 minute 35 seconds, 100 RAW files took just a little over 3 minutes, and 200 RAW files were rendered in just a little under 6 minutes. These render times were faster than what we saw on the ASUS Strix15 powered by the Ryzen 9 5900HX CPU.

In the 3DMark tests, MSI Pulse GL66 scored 4,643 in FireStrike Ultra, and 7,271 in the Time Spy test. The scores here are slightly less than what the Zephyrus G15 managed to score recently when I reviewed it but the RTX 3060 GPU on that one is configured to run at a higher TGP. This is precisely why we put more emphasis on the TGP values of the mobile GPUs on these laptops these days.

Before talking about the surface temperatures, I want to give you some insights on the CPU and the GPU temps. Both CPU as well as the GPU, as you can see, were able to handle the loads very well. The CPU was sitting at around 90'C which is way under its TJMax limit of 100'C and even the GPU was running surprisingly cool in this chassis. I did notice the CPU hitting temps above 100'C which is above TJMax value and yes, it did throttle a bit but you know what? It wasn't a common occurrence in this laptop, and I didn't notice any heavy fluctuations in clock speeds as seen in this graph. 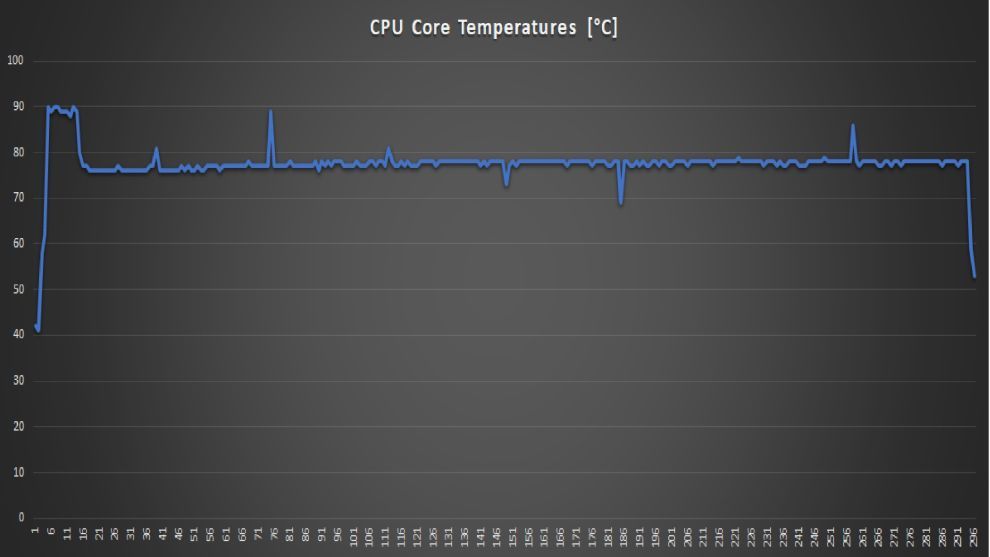 As for the GPU, the max temperature I recorded was around 85'C, which is way below its TJMax limit. These thermal values were also due to the fact that I was mostly running the laptop at 'Extreme Performance' mode which mercilessly kicks off the fans immediately irrespective of the loads and it gets super-duper load. 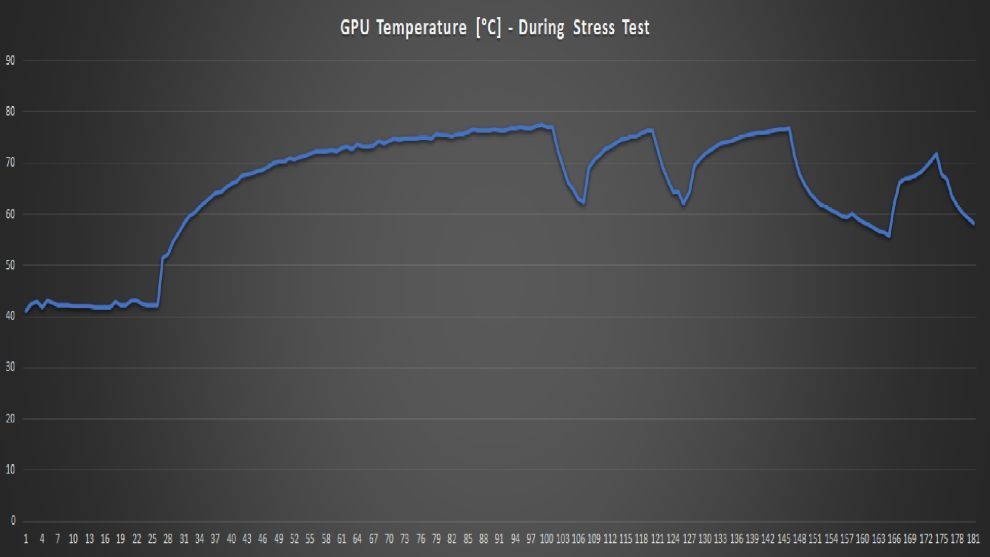 Yes, the fans on this machine get very aggressively loud and there's no way you are going to hear the in-game audio or even anything from that tiny speaker setup on the laptop, so do keep that in mind. It literally sounds like it's about to take off any moment. You do get a huge vent at the bottom of the chassis, and the hot air exits the laptop from the two vents on the back and the single vent on the side here. Despite all that, I did record a surface temperature of around 55°C at the hottest point. Yes, it does run a little hot, but it didn't affect the performance of the laptop.

Now let's talk about the display on the MSI Pulse GL66. You get a 15.6-inch 1080p panel here with a 144z refresh rate. Now, my experience while gaming on this laptop wasn't anything out of the ordinary. It's a basic 1080p panel that's suited for gaming thanks to the higher refresh rate. The main issue, however, is with colour accuracy. I put this panel through its paces to see exactly how it performs and found out that it's highly uncalibrated out of the box. 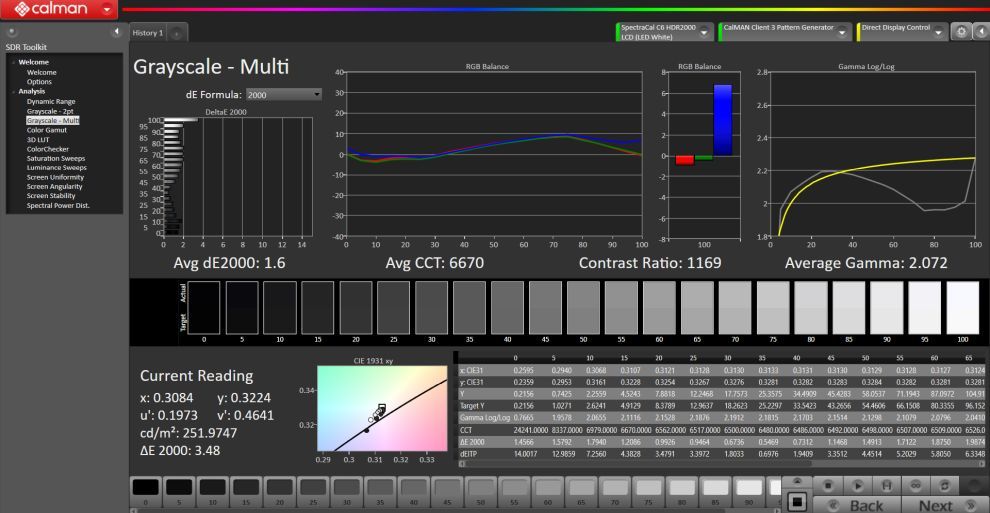 The display showed heavy bias towards the blue colour and it was very evident looking at how much blue it was injecting. And because of this, the display ended up reproducing inaccurate colours, especially when it comes to the different shades of blue. A lot of other colours also ended up showing a huge variance and the DeltaE error I ended up recording was 4, which even a manual colour calibration couldn't fix beyond a certain limit. 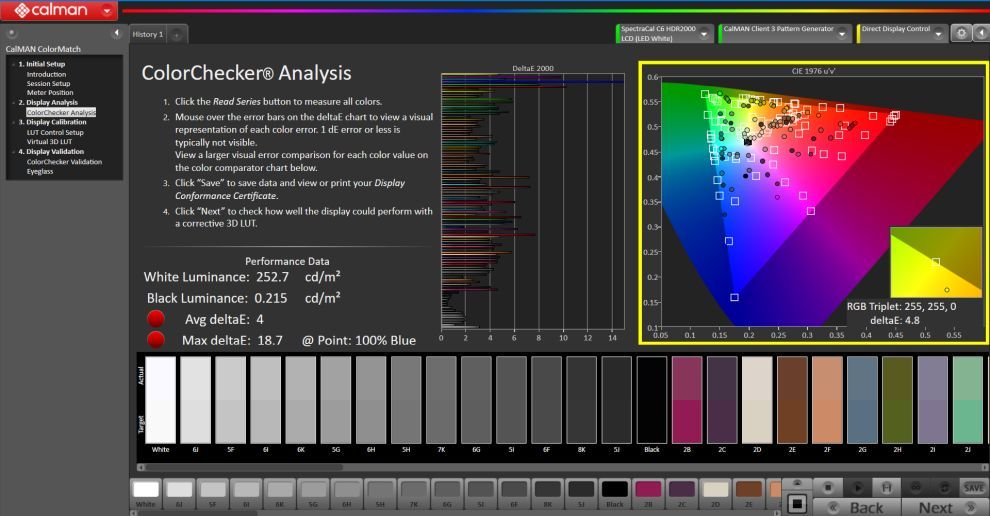 Even the sRGB and DCI-P3 coverage were nothing close to what MSI claimed. Adding on to that, it also doesn't get bright enough which made it all the more difficult to use outdoors, but thankfully it's got a matte finish that made it a little easier on the eyes. Overall, this isn't a great panel, unfortunately, and I hope the issue is exclusive to my "engineering sample" and the ones which you will end up buying on the market will have a better quality panel.

Moving on,  we have the keyboard, trackpad, and I/O. I'll start with the keyboard which basically has a nice set of keys with white details on the keycaps, backed by RGB lighting. It's got a clean layout with a NumPad and the arrow keys aren't small either. The key travel on these keys, I'd say is decent but I found the feedback to be on the softer side. 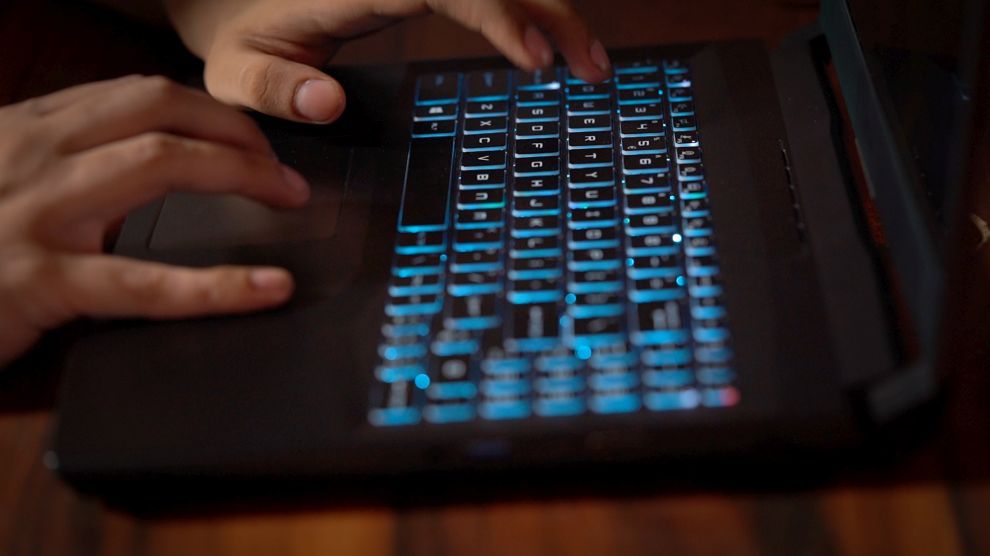 The touchpad has some weird imprints, but they don't do anything nor do they light up. That being said, I am just happy that it's a responsive trackpad with Windows Precision drivers. 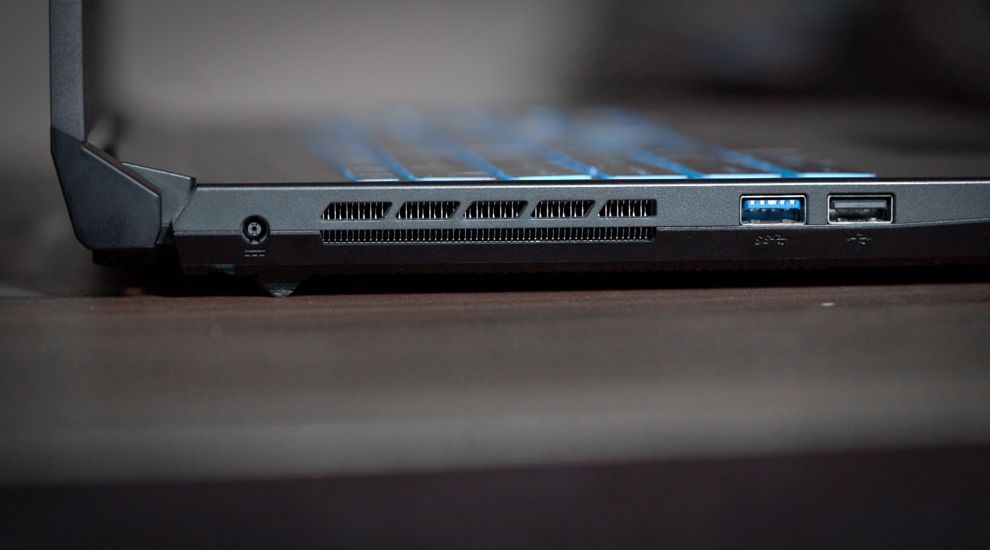 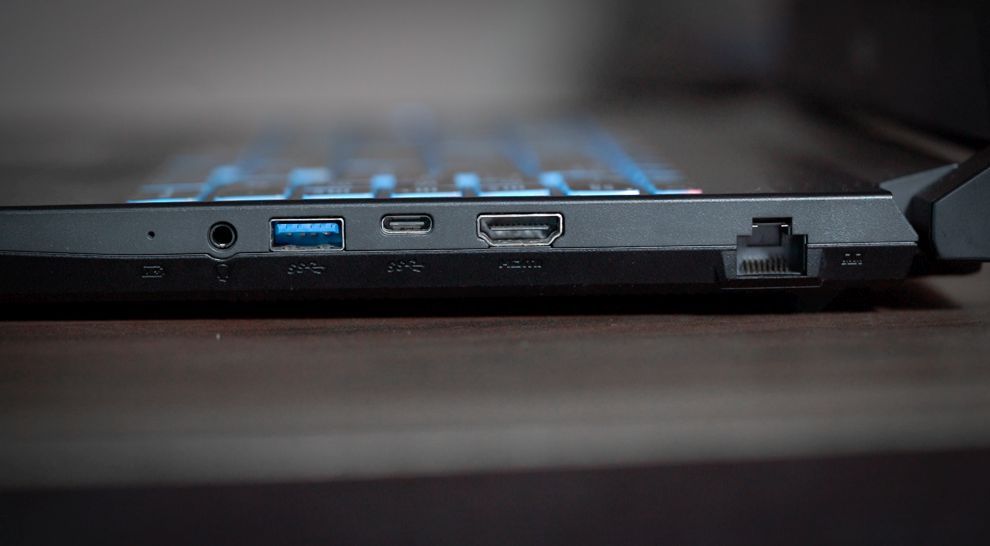 The MSI Pulse GL66 is mainly built out of plastic with the exception of the lid which, if I had to guess, is made out of aluminium. There are visible lines on the lid, trying to reflect the new "Pulse" naming but other than that, it has a fairly muted design. The base has a new honeycomb pattern that also makes room for more air to enter the chassis. Despite the plastic build, the chassis doesn't flex at all when stressed. 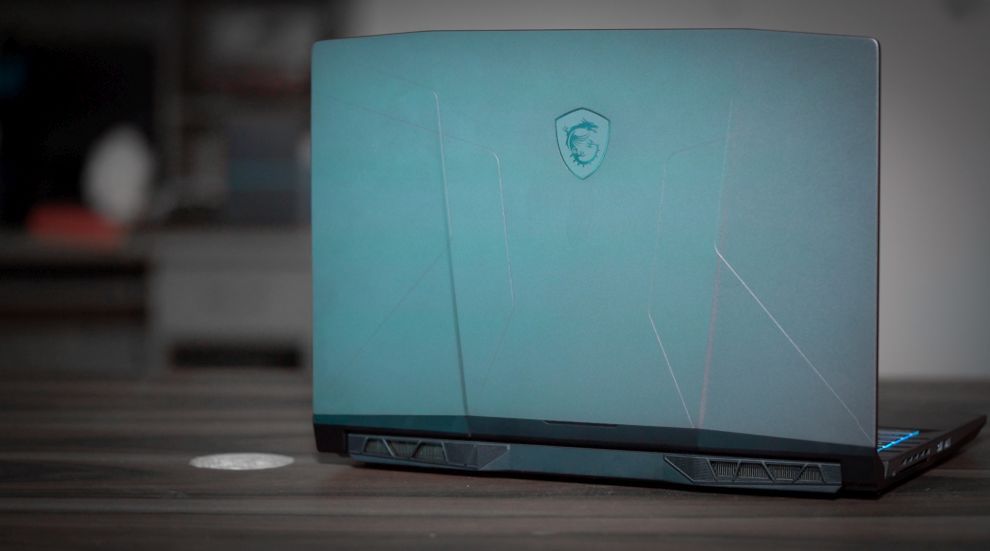 The lid can be opened with a single hand and the hinge feels nice and stable. The bezels are also quite slim around the display, but both the chin and the forehead are relatively more pronounced and packs a couple of mics and an HD webcam. Overall, I really like the simple design of this laptop. Coming in at just 2.25Kg, it's also not the heaviest thing on the market in the name of a gaming laptop, and there is no flashy RGB lighting anywhere on the body. Good stuff, MSI!

The MSI Pulse GL66 packs a surprisingly small 53.5Whr battery inside its chassis that charges via the included 180W AC adapter. On PCMark 10's Modern Office battery test, it only managed to last for 3 hours and 17 minutes. Is that surprising? Well, not really, because it's a tiny battery at the end of the day that has to power hardware like an i7 processor and an RTX 3060 GPU. In terms of real-world usage, the Pulse GL66 managed to last for about 5-6 hours when I lowered the brightness a little bit while doing my day-to-day work.

Alright, it's the verdict time. So exactly how good is the MSI Pulse GL66? Well, I'd say it's a very capable gaming laptop. I've been waiting for the Intel Core i7 11800H CPU for quite some time now. It's an exciting CPU and the fact that it leaves the Ryzen 9 5900HX behind in terms of the rendering performance is crazy. I didn't have any issues with the gaming performance either. 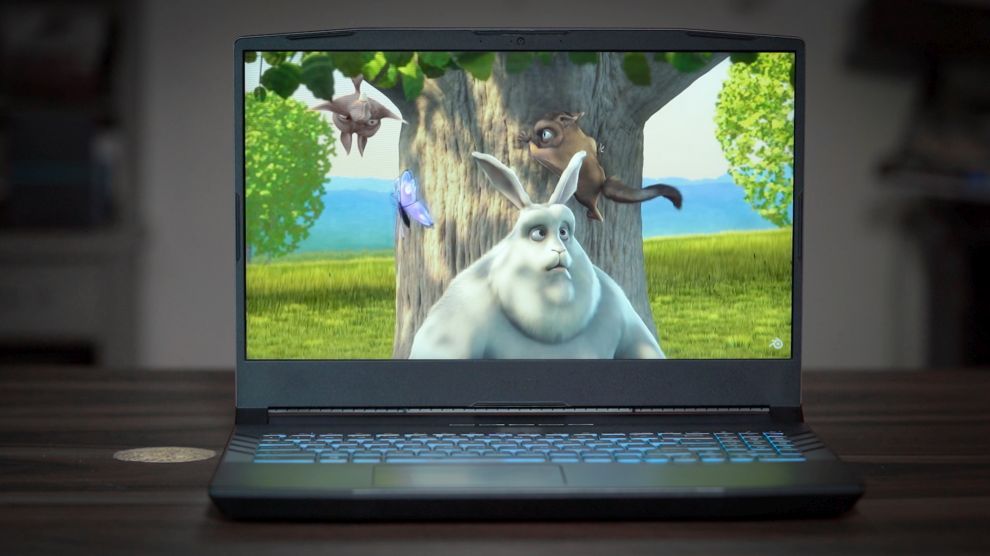 Yes, the laptop runs a little hot but those super noisy fans will come rushing to save the day and keep the laptop from throttling all the time. I also like the simple design and the sturdy build quality, but I wish I had some nice things to say about the display beside the refresh rate for gaming.

MSI has launched this laptop at Rs 1,39,990 in India, and at that price, I think it's a very capable machine that can be used reliably for both gaming and creative workloads. That being said, I'd also suggest you check the ASUS Zephyrus G15 gaming laptop which costs slightly less than this to trade the Intel processor with a Ryzen one and an RTX 3070/ 3060 with higher TGP.