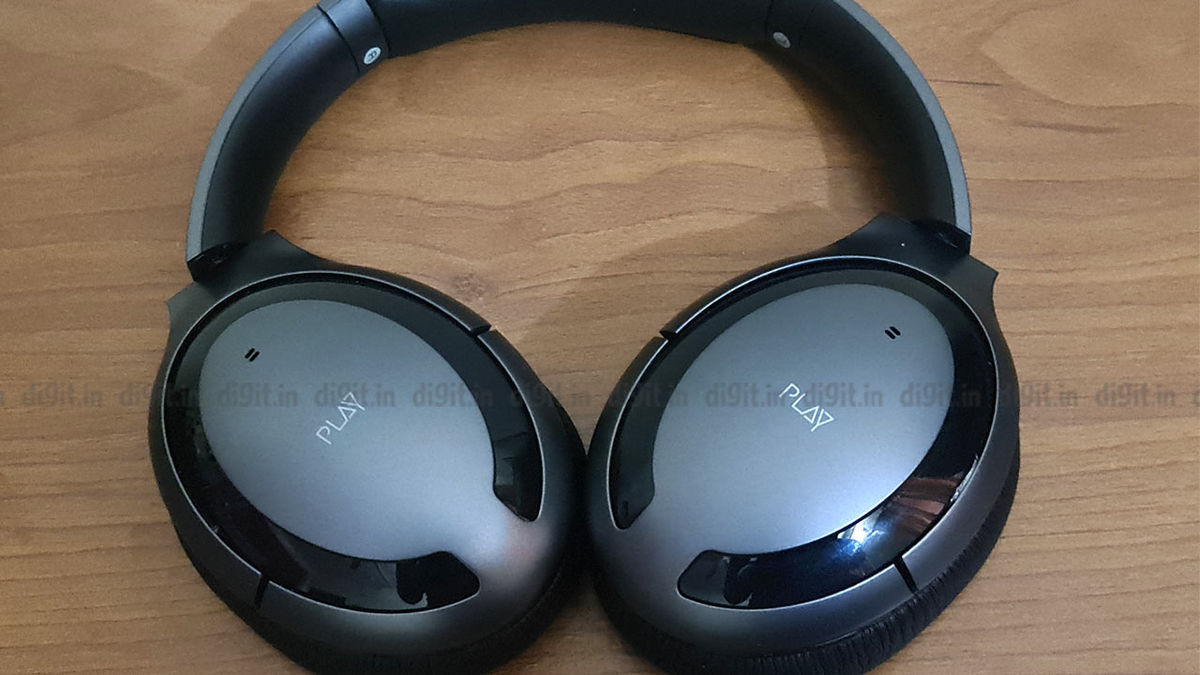 PlayGo BH70 Review: A couple of hits, a few flaws

The PlayGo BH70 competes against the likes of the Sennheiser HD450BT, Sony WH-CH700N and even the cheaper Skullcandy Hesh ANC as they’re all headphones that bring Active Noise Cancellation to users at a more affordable price point. While the PlayGo has pretty commendable sound quality, the ANC and build quality of the headset holds us back from recommending these cans wholeheartedly.

Noise-cancelling headphones are a dime a dozen today with options coming in hard and fast at practically every price point imaginable. However, the pinnacle of noise-cancelling cans is found in the premium segment dominated by headsets from Sony, Bose, Sennheiser, Apple, and a few others. PlayGo, on the other hand, provides users with a more affordable noise-cancelling option at the sub-15K price point with the PlayGo BH70 Hybrid Active Noise Cancelling Headphone. These cans offer premium features such as ANC (Active Noise Cancellation), Bluetooth 5.0 connectivity, and Qualcomm aptX codec support. We’ve got these headphones in our test lab and here’s what we think about the cans and whether you should invest in them for your next purchase. 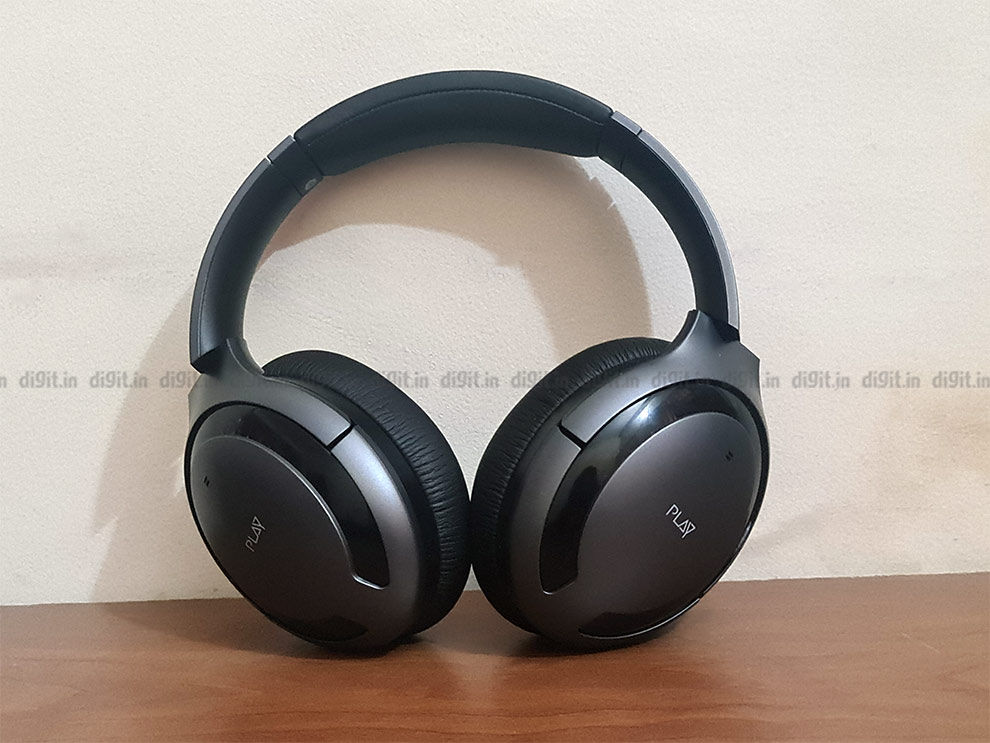 Most noise-cancelling headphones in the premium category are well-built and premium-looking. The PlayGo BH70, however, feels a tad inexpensive. The cans are primarily made up of plastic with a combination of glossy and matte finishes. They don’t sport a velvety texture atop the plastic as often seen on premium headsets such as the Sony WH-1000XM4. Additionally, the headset is also extremely creaky, not only when you flex it about in your hands, but also when you wear it on your head. The creaks were audible to us even when we were listening to music, which was definitely distracting. 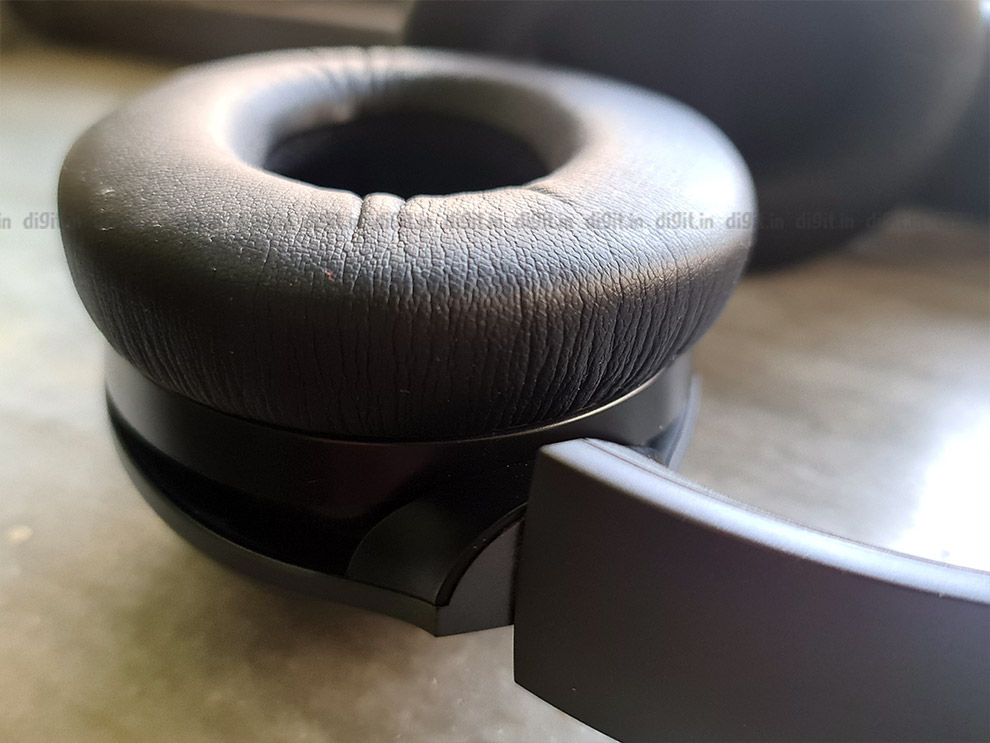 The headphones can be extended a fair bit and should incorporate most head sizes easily. The foam ear cups are extremely comfortable, and the headband provides enough support even over extended listening periods. The headphones’ cups can be swivelled to lay flat on a surface, however, the cans don’t fold up inwards which make them slightly bulky to lug around when travelling. PlayGo has provided a hard case within the box though, which protects the headset pretty well. 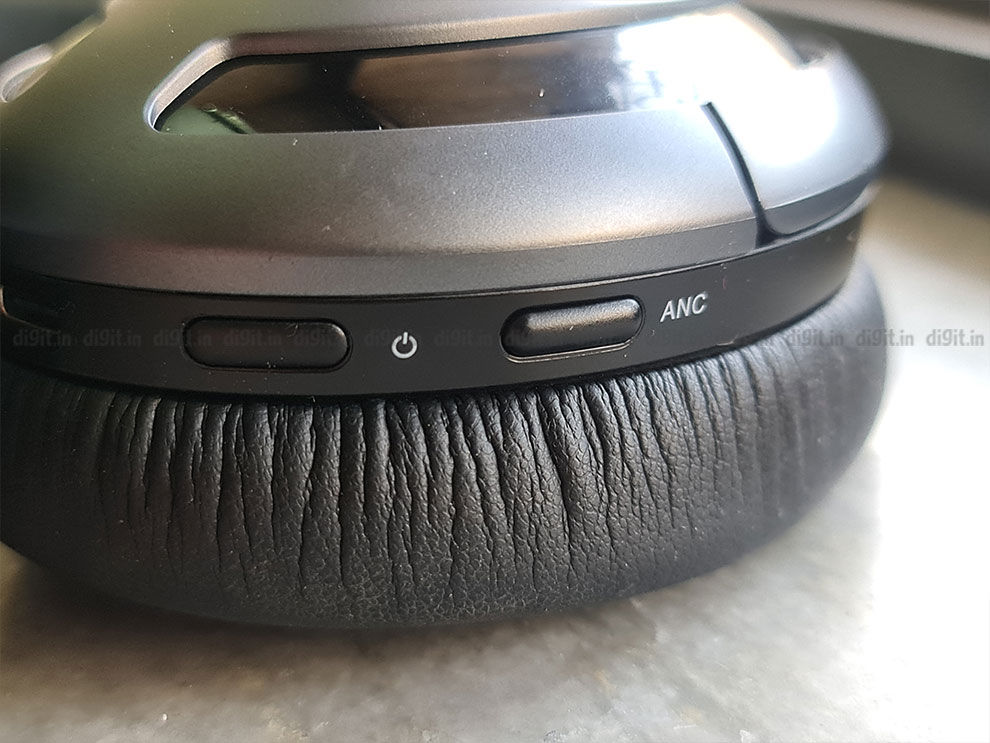 Coming to the buttons, there are five of them in total. On the left earcup, you have the power button and the ANC button that allows you to cycle through three modes - ANC on, ANC off and Transparency mode. The right earcup features the volume up and volume down buttons, as well as the multifunction play/pause button. The volume up and down buttons can also be used to seek tracks, while the play/pause button can be long-pressed to summon your device’s voice assistant in a jiffy. 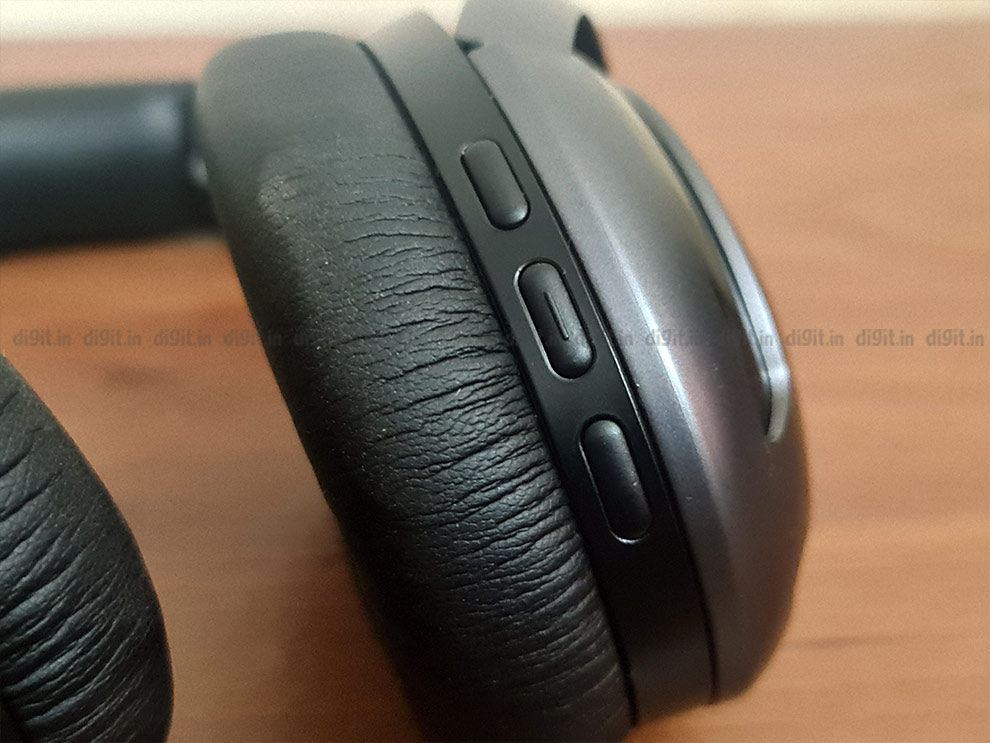 The buttons, unfortunately, aren’t the most premium-feeling either. They barely offer any clicky feedback and don’t always respond immediately. Buttons aside, holding your palm down on the left earcup activates transparency mode while quieting down whatever music is playing until your lift your palm again, allowing you to have a quick conversation without having to take off the cans. If you do take them off, the cans auto-pause the media and putting them back on turns the music back on.

Overall, the headphones aren’t the best-built headset, especially at the 15K price point, but they are extremely comfortable to don over long periods of time.

PlayGo app and other features

Users can leverage the PlayGo app (Android and iOS) to have more granular control over the BH70. The app allows you to update the firmware, choose between two noise cancellation levels, adjust the equaliser as per your preference, and more. The BH70 attempts to set itself apart by boasting of an AI-enabled audio optimisation technology that tunes the audio for each individual user according to their hearing abilities. The audio test that enables this is buried deep in the app which hardly reinforces your confidence in its ability to do what it says. We tried out the test and found little difference in the listening experience. 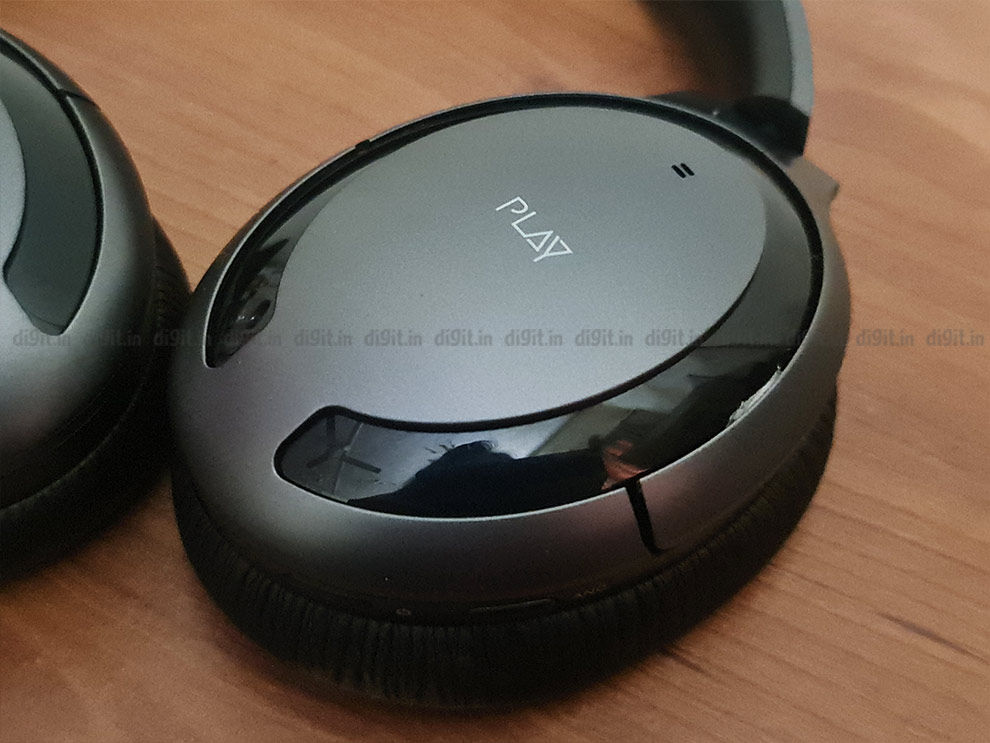 The PlayGo also comes equipped with Bluetooth v5.0 for connectivity and supports SBC, AAC, aptX and aptX LL codecs. aptX provides a much better audio experience which was apparent when we tried the headphones on a device that doesn’t support the codec. The sound quality was greatly improved on the device that supported the high-res codec.

Other features on the PlayGo BH70 include voice assistant support, smart touch and talk, wear detection, and an IPX4 sweat resistance rating. Despite having a fair number of features, the PlayGo BH70 misses out on 3.5mm audio jack support, which is disappointing for users who still like to listen to music passively at times or for those who want to connect the headphones to airplane entertainment systems. The device also doesn’t come with Bluetooth multipoint connectivity that allows users to connect the cans to two devices simultaneously.

Active Noise Cancellation on the PlayGo BH70 is mediocre, at best. While we definitely didn’t expect these cans to compete against the likes of the Bose NC700 and Sony WH-1000XM4 in terms of ANC, they don’t do a convincing job even for the price. The headphones had trouble drowning out the AC drone which is usually something most mid-range ANC headphones can do with ease. So, other, harder-to-suppress sounds such as a mechanical keyboard and a high-speed fan are also easily discernible. Honestly, we preferred to keep ANC turned off and save on some battery life.

So far, the PlayGo BH70 has provided us with a mediocre, if not less, experience when it comes to the build quality and ANC performance. Moving on to the sound quality, this is where the PlayGo BH70 shows some real merit. The cans employ 40mm EBEL (Enhanced Bass Extra Loud) drivers and come with aptX codec support. For the most part, the PlayGo BH70 is pretty pleasant to listen to. The lows and mids are emphasised to offer a more consumer-friendly sound profile. The sound is also extremely spacious and immersive in most cases.

The bass response is definitely exaggerated but it boasts of some good detail and clarity. In the track Pull Me Under by Dream Theatre, the bass drums come in big and bold at the 20-second mark. The sound is dynamic and lively, however, the exaggerated bass response does slightly mar the quality of the mid-range instruments and vocals by bleeding over them a bit.

In vocal-centric tracks, the voice of the singer is clear and precise with enough drive and power shining through. Adele’s vocals in Hello is piercing and the intricacies in her voice can be easily heard. We also listened to some rock tracks, and this is where the headset is slightly out of its depth. Since the highs are slightly underemphasised, cymbals and hi-hats in rock tracks often sound small and less grandiose than they are. Nevertheless, we were impressed by the soundstage and imaging of these cans. This is especially apparent when listening to tracks such as Hunter by Bjork. Instruments have their own distinct space on the stage, and the experience is extremely immersive due to the wide and spacious soundstage. 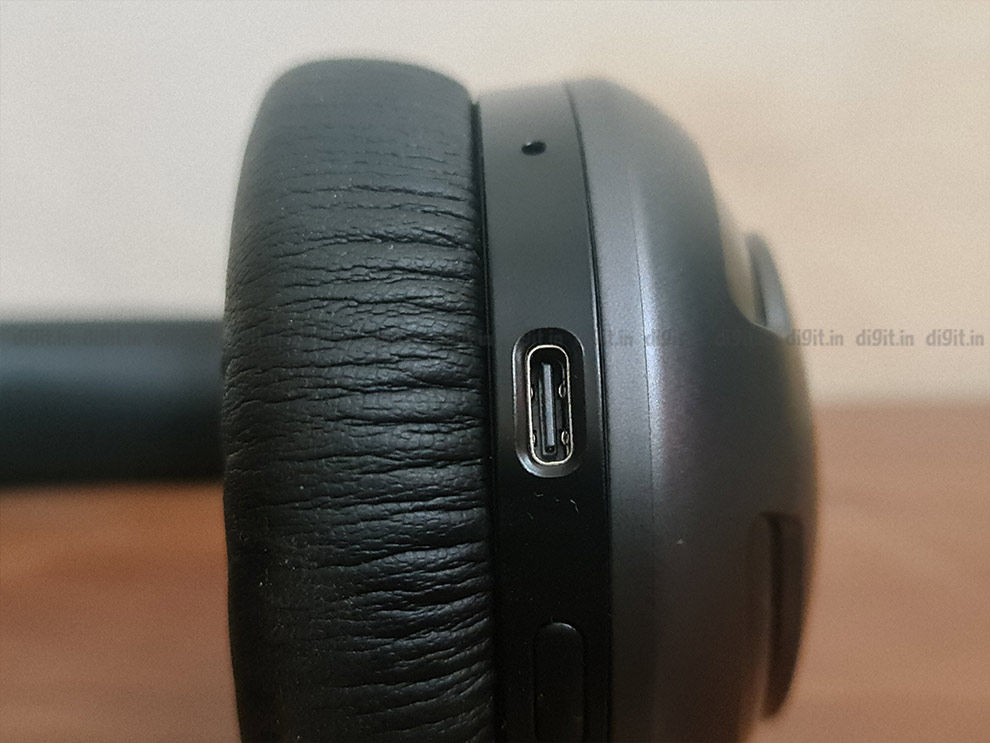 The PlayGo BH70 competes against the likes of the Sennheiser HD450BT, Sony WH-CH700N and even the cheaper Skullcandy Hesh ANC as they’re all headphones that bring Active Noise Cancellation to users at a more affordable price point. While the PlayGo has pretty commendable sound quality, the ANC and build quality of the headset holds us back from recommending these cans wholeheartedly. However, they do come with pretty decent battery life as well, so if sound quality and battery life are of utmost importance to you, the PlayGo BH70 is a pretty decent option to consider