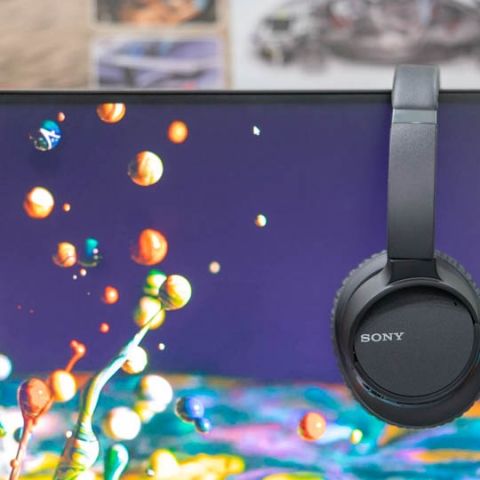 The Sony WH-CH700N are a watered down version of the Sony WH-1000XM3, and in that spirit, offers a simpler feature set. The headphones have a more neutral sound which can be tweaked from the app. While you get good sound and great battery life, you lose out the touch-sensitive controls and the ability to customise the level of noise cancellation. For the price though, its a fair trade-off.

Sony has been hard at work to regain its top spot in the audio segment. After coming back strong into the wireless noise cancellation segment with the WH-1000X Mk3, Sony has now launched the WH-CH700N. The Sony WH-1000X MarkIII, as good as they may be, are a tad too expensive for most people. The WH-CH700N aims to fill in the vacuum that exists in the entry level noise cancelling headphone portfolio for Sony. With a price tag of Rs 12,990, do they make a good choice for those looking for noise cancellation on a budget? We find out

When you buy the Sony WH-CH700N, besides the headphone, you get a 3.5mm cable to be able to plug the headphones into your device. There’s also a micro-USB cable to charge the headphones. Unlike the more expensive 1000X-MarkIII, these headphones do not come with a carrying case or an in-flight adapter. Thankfully though, most international flights now don’t use proprietary connectors anymore so you should be able to just plug it in.

The Sony WH-CH700N are definitely lighter than their bigger counterpart. Thankfully, Sony has maintained the classy look of the product series and even though the build quality is a little toned down, the finish is still very much premium. The Sony WH-CH700N do feel a whole lot lighter in the hands and on the head, which in our opinion is definitely a good thing. 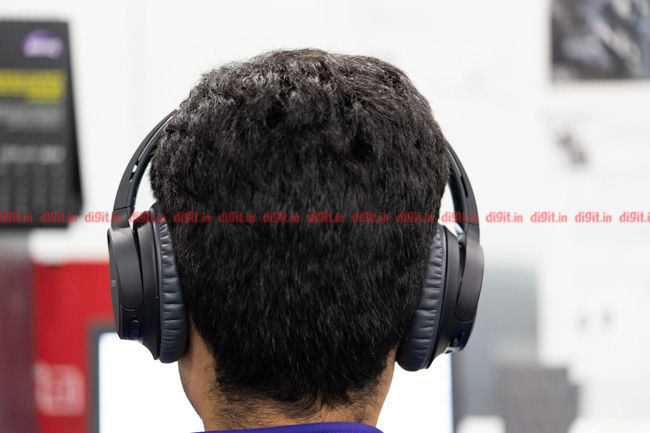 The headband sits flish with the head

The earpads are soft and plush, sitting very comfortably around the ear. However, unlike on the WH-1000x MarkIII, the earpads do not match the colour of the headphone’s body. The review unit we received had a black finish, but the earpads were a dark shade of grey. This visual asymmetry didn’t really go down well with any of us in the team. The mesh cloth on the inside is also incredibly thin, almost being see-through and we do worry greatly about its durability.

Unlike the Sony WH1000x Mark3 the earcups of the Sony WH-CH700N are not touch sensitive. Hence, all the essential controls are laid our at the base of the curvature of the earcups. Under the right earcup, you will find the playback control switch and the volume rocker, while the left earcup plays host to the power button, a dedicated noise cancellation button, the 3.5mm headphone jack and the micro-USB charging port. The buttons feel firm and well put together, although we are not too excited about that exposedmicro USBB and 3.5mm headphone jack port, which do make the headphone prone to liquid damage. The headband definitely has a much thinner padding than the WH-1000x MarkIII, but even after wearing the headphones for over 7 hours at a stretch, they didn’t get uncomfortable, neither on the headband and neither on the ears. What did happen, however, was that the ears did get hot after wearing these for about 4 hours. For the price, the Sony WH-CH700N is pretty well built. There’s no squeaking or creaking on the headphone. They’re pretty well made for the price to be honest.

We tested the Sony WH-CH700N with the Samsung Galaxy Note 9 over Bluetooth and using the included 3.5mm cable. Here’s what we concluded.

Over Bluetooth with the Samsung Galaxy Note 9, the Sony WH-CH700N had a fairly different sound signature when compared to the WH-1000x MkIII. For the first time in a very long time, Sony headphones didn’t pound heavy overtures of bass. In fact, it almost felt like Sony had tuned these headphones to have fairly muted bass. This may not appear to be such a great thing at first, but thanks to the Sony Headphone app, you can increase the emphasis on bass to get back the thump. My playlist for testing the Sony WH-CH700N included plenty of music from varying genres like psy-trance, rock, metal, rap and even some pop (Bollywood included). For those who love music that would generally be classified as “electronic,” you’re definitely going to find yourself wanting to turn up the bass. For those with a love for rock and all things rebellious, the Sony WH-CH700N offers a fairly good listening experience right out of the box. Listening to Tool’s Vicarious or Metallica’s Fuel, it is easy for the cymbals and high hats to blend together. For the snare and kick drum to take over the entire low range. However, these headphones were able to maintain decent separation. It wasn’t crystal clear, but for anyone who has half decent hearing, the separation should be apparent. Some tweaking of the EQ in the app could result in more clarity, but sound preferences are personal, so we will leave this one up to you. Speaking of the app, you do get a host of EQ settings to play around with, but the overall number of options is lower than what you get from the Sony WH-1000x MarkIII. You do still get the surround sound environments and the two extra custom EQ slots, but you don’t get the option of choosing the level of noise cancellation. More on this below.

We received the Sony Sony WH-CH700N headphones for review just before a trip. Hence, we found ourselves sitting in an aircraft all the way at the back, with plenty of engine noise. Perfect. To my surprise, the Sony WH-CH700N do not match the performance of the 1000x MarkIII. They don’t even come close. The noise cancellation worked well enough to drown out the sound of the gentleman in front of me, who felt compelled to recite movie dialogues every now and then. However, they barely managed to reduce the humming of the jet’s engine, leading me to believe these were not best suited for frequent travellers. 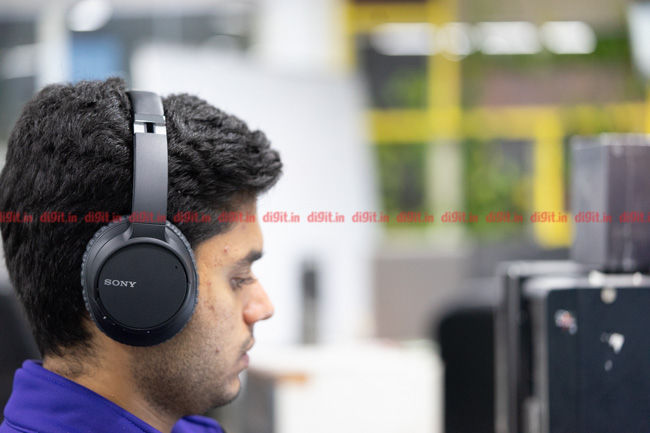 The Sony WH-CH700N is ideal for use in the metro or in office, but not for travelling in aircrafts

Where the headphones do work decently well is in office spaces. The clacking of the keyboards, the constant banter between colleagues, they will all be drowned out by the Sony WH-CH700N. Sadly, if someone tries to talk to you, you’re going to have to take the headphones off to hear them. The Sony WH-CH700N do not offer the Quick Attention feature which allowed you to disable noise cancellation by cupping the earpiece. Additionally, the headphones cannot have the noise cancellation level adjusted. You have to choose between on and off.

Sony’s website claims 35 hours of batter life on the Sony WH-CH700N. In my use, I was able to comfortably get about 29 hours of music playback over Bluetooth. The few times that the headphone did die on me (after days of use) I would let them charge overnight. Additionally, you can get 60 minutes of playback time with just 10 minutes of charging, but that isn’t a linear relationship. Meaning, that charging the headphones for 20 minutes won’t necessarily give you 2 hours of playback.

The Sony WH-CH700N is in almost every sense, a watered-down version of the WH-1000XM3. Its sound signature is vastly different, offering a more balanced sound right out of the box while the 1000XM3 is more bass heavy out of the box. The sound can be tweaked using the app, but you lose the ability to adjust the noise cancellation. The ANC works decently well when you’re travelling in an auto or in the metro, but may not provide enough isolation from the loud engines of an airplane or a train. The WH-CH700N are a great choice for those who want a pair of decently sounding headphone to use while on their daily commute or even in the office. If you’re a frequent jet-setter, you’re better off spending the extra money on its more expensive sibling.