Overall, Fifa World Cup 2018 was the top searched topic in India as well as globally; Avengers: Infinity War was also featured in both the listings. 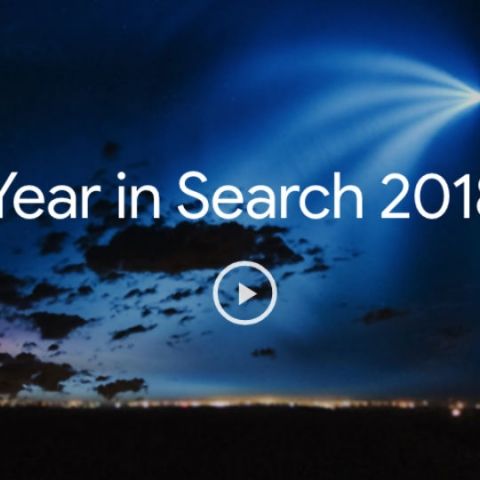 Just like previous years, Google has released its Year in Search findings, which are basically top words or phrases searched in the whole year. The company has listed separate Year in Search results for India and the rest of the world, and Fifa World Cup 2018 was the most searched query on the internet in the past year.

Google has listed the top searches in 9 major categories in both. Apart from the Fifa World Cup 2018, Avengers: Infinity War also featured in both India and Global Search listings by Google, highlighting the worldwide following of the sporting event as well as the movie. Interestingly, Indian TV show “Motu Patlu” was one of the trending shows in 2018 globally.

As mentioned above, Fifa World Cup 2018 was the top phrase searched in India in 2018, followed by “Live Score” and “IPL 2018” at second and third spots. Rajinikanth/Akshay Kumar starrer film “Robot 2.0” was the most searched movie title followed by “Baaghi 2” and “Race 3” at second and third spots. “Avengers: Infinity War” and “Tiger Zinda hai” completed the list of top 5 picks under this category.

Under the “How To…” section, How to send stickers on Whatsapp was the top searched query in India. People also searched for “How to link Aadhaar to mobile number” and “How to port mobile number” frequently in India. Another interesting topic was bitcoin. Given the fluctuation in the cryptocurrency market, people in India were keen to know “How to invest in Bitcoins”.

Fifa World Cup 2018 was the top trend search of 2018 globally. Music composer Avicii, was the second most searched term/personality on Google. He is followed by Mac Miller and Stan Lee, who died recently at the age of 95. When it comes to movies, Marvel Comics sweeped the listing grabbing the top 4 of 5 spots with Black Panther, Deadpool, Venom and Avengers: Infinity War. Bohemian Rhapsody came on the fifth spot.

YouTube celebrity Logan Paul was one of the most searched personality on Google Search. For those who don’t know, Paul is a 22-year-old YouTuber who rose to fame on the basis of his vlogs. He faced public backlash after he posted a video in which he showed that a body of a young man hanging in Aokigahara Forest of Japan, also known as the “suicide forest”. Instead of turning the camera off, he continued to show the body from up close. YouTube later stripped Paul from its monetisation system.

To watch the full list of India-centric listings, you can visit this link and to view all the global listing click here. Google also released a video on the top search trends on 2018, which you can see here. Recently, the company also revealed YouTube Rewind 2018 - the top videos that defined 2018. You can check the video here.