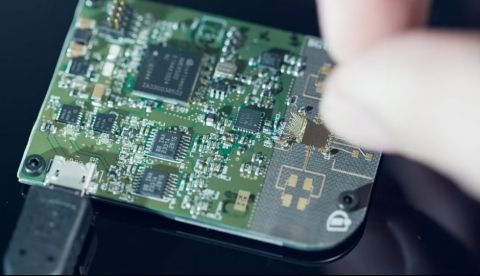 Google has received regulatory approval for continuing with its radar-based motion sensing device called Project Soli. As per a Reuters report, the Federal Communications Commission (FCC) announced that it would allow Google to use the Soli sensor at a higher power level than what’s was previously allowed and that it can be used onboard aircrafts as well. Project Soli was announced by Google back in 2015 and it is a gesture-recognition technology which enables one to use finger motion gestures to control devices. The sensor used for the gesture is based on radar and the project came into existence under Google’s Advanced Technology and Projects unit (ATAP).

Instead of using a touch screen, Project Soli enables users to control a device using ‘Virtual Tool Gestures’. For example, one could mimic pressing a button by tapping their thumb and index finger together or use a Virtual Dial by rubbing thumb against the index finger. These gestures could prove useful for controlling a wide variety of devices like smart watches or Bluetooth speakers. While Google says that the Soli sensor is capable of tracking “sub-millimeter motion at high speeds with great accuracy,” The Verge reports that the project slumped as it was unable to correctly register gestures. Google is said to have attributed the issue to the low power levels a device needed to operate on due to the restrictions imposed on it by the FCC.

As per the report, back in March, Google requested FCC to allow Project Soli to be operated in a higher, 57-64 GHz frequency band. However, Facebook is said to have raised a dispute on this saying that higher power level for the radar might cause problems for other existing technologies. The two companies then reached a decision and Reuter says that in September last year, they told FCC that Google will operate their sensor at a level higher than what was permissible but not at the levels proposed by Google.