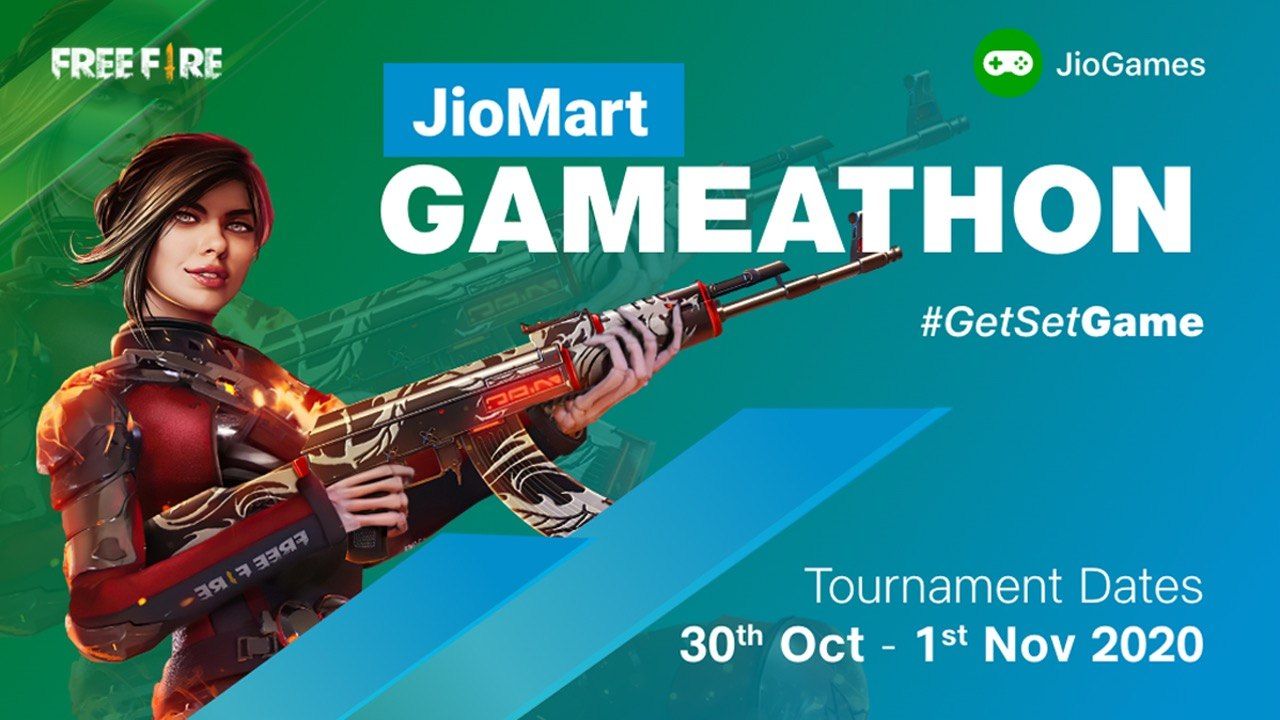 Reliance Jio has announced Jio Mart Gameathon that is set to start from October 30 with Garena Free Fire tournament in India. This marks Jio Platforms’ foray into the world of esports tournaments starting with the PUBG Mobile rival, Free Fire. Amidst the ongoing ban of PUBG Mobile in India, many battle royale games wish to fill in the void and this tournament could be the way for Free Fire to gain more relevance in the country.

The JioMart Game-a-thon is all set. Get your gaming hats on and begin this incredible run for the FreeFire tournament. Register now with your squad! https://t.co/5K4XjtmvFB

Reliance Jio has revealed the schedule for its first tournament under the JioMart Gameathon series with Free Fire and it kicks off from October 30 in India. The tournament has two qualifier rounds on October 30 and October 31 followed by the quarter-finals, semi-finals and grand finale on November 1.

The Free Fire tournament being organized by Jio under the JioMart Gameathon series will witness participation from 576 teams with each team having 4 players each. The first qualifier round will see these teams go up against each other and 96 teams will get qualified for the quarter-finals, followed by 24 teams in semi-finals and 12 teams in the grand finals.

Each kill will be awarded 2 points while leaving the spawn island will result in a deduction of 10 points per player.

How to register for Jio Mart Gameathon Free Fire tournament?

Reliance Jio Platforms is hosting the Free Fire tournament on JioGames website and interested players will need to register for the tournament that begins from October 30.

The Free Fire tournament will be held on the Bermuda map with a squad size of four players. So before registering, decide your squad for the tournament well in advance. All players are required to register on the JioGames website to participate in the tournament after which they ended to add team members to the roster.

You can go here to register yourself for the Free Fire tournament and don’t forget to go through the list of detailed rules. Additionally, here's a link to our Free Fire beginner's guide and Free Fire advanced guide. If you're just starting out with Free Fire, here are the mistakes to avoid in Free Fire and a guide for the landing zones on the Bermuda map that may come handy as well.