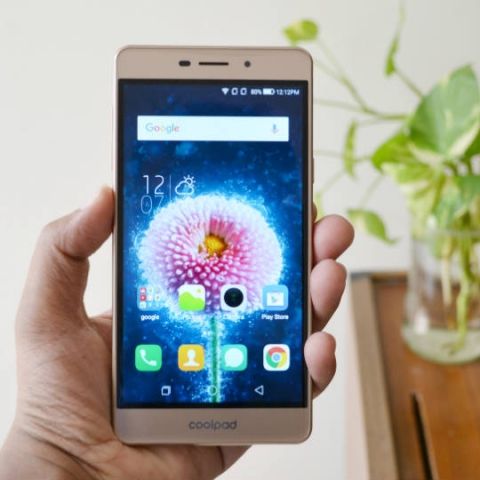 The Coolpad Mega is not the best phone in its category but it is a good attempt at a selfie centric phone by the company. On the selfie front, it is definitely a winner in its price range and is also a good option if you are looking for phone with a larger 5.5-inch display. However, if you crave performance and battery life, you need to look elsewhere.

Coolpad’s Note 3 and Note 3 lite have been a very popular option for budget segment buyers in the past year. The two phones offered 3GB of RAM and super fast fingerprint scanners, making them the first phones to do so in their respective price segments. These two phones were also helped by the fact that they performed quite well. However, times have changed and the recently launched Xiaomi Redmi 3s and Redmi 3s Prime provide better performance at the same price.

So, with the new Coolpad Mega, the company is taking a different approach. It features an 8MP front facing camera and with it, Coolpad is trying to tap the selfie loving audience. I used the phone for over a week to try and find out if the phone can stand up to the competition. Here is my review of the Coolpad Mega. 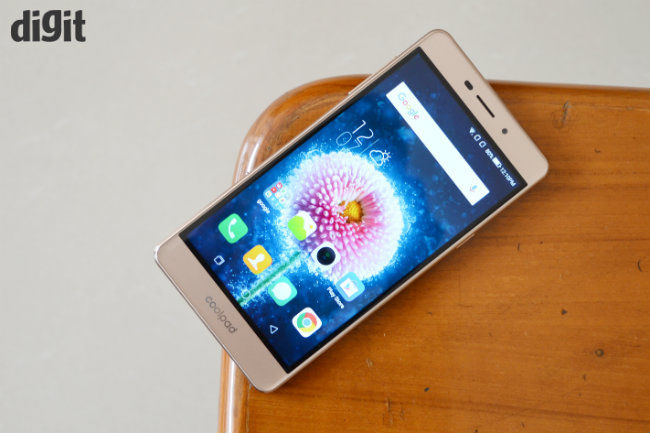 Design and Build: good looks and lightweight
When we are talking budget smartphones, not many companies are doing their best in terms of design, but the Coolpad Mega is definitely one of the better looking smartphone at its price. Right from the metal band running along the side, the slightly arched back to the 2.5D curved glass on the display, the phone feels premium. Yes, there are other phones in the same price range offering metal backs like the Redmi 3s, but they don't look as premium as the Coolpad Mega. 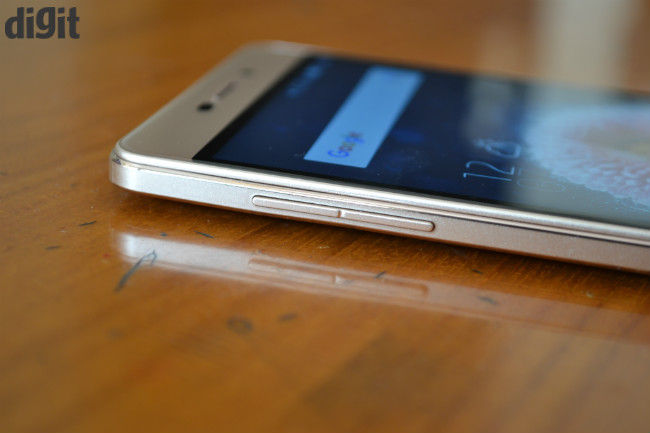 Build quality of the phone is also good and the first thing one will notice is the light weight of the phone. At 143 grams it is definitely lighter than almost all 5.5-inch devices I have seen this year. It is also quite sturdy in ones hand and the matt-ish back does give it a nice grip. One thing it does miss out on is a protective glass coating.

Display and UI: Good and bad
The first thing I noticed about the display is that it is not very sharp and the reason for that is the 1280 x 720p resolution, which on a 5.5-inch display leaves too much to be desired. Hence, when looked at closely, one would see the jagged edges of texts and icons. On the other hand, the brightness levels are good. The Mega’s display is as bright as the one on the Xiaomi Redmi Note 3, offering about 510 Lux. This also makes the display quite legible under direct sunlight. There is no colour shift at extreme angles, but the touch response could have been better. I also don’t like the thick black bezels around the display, they don’t really fit well with the overall design. 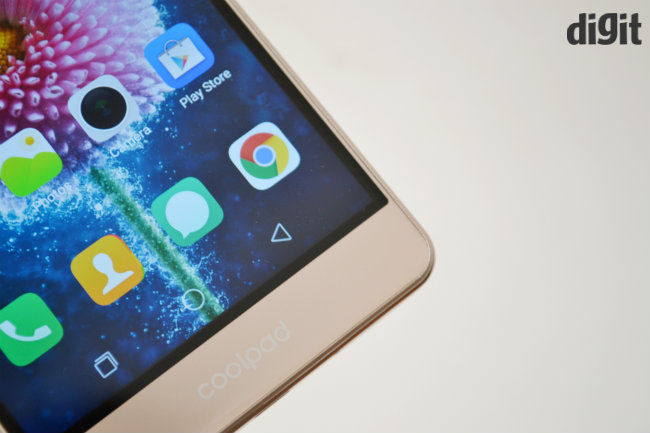 UI is something, which mobile makers polish over time. Take Samsung, for example, their TouchWiz UI is now far more responsive and lighter than it used to be a few years ago. However, Coolpad is somewhat standing still with its UI features. On the face of it, the new Cool UI 8 looks exactly the same as its previous generations. There are no additional wallpapers, extra themes, even the icon set is same. However, Coolpad has made some changes to give the phone an iPhone like UI. For examples, quick toggles now appear from a swipe up from the bottom and there is an iPhone like spotlight search as well. I should mention though, Coolpad is not the only company to do so. There are other Chinese manufacturers which follow Apple and iOS very closely. 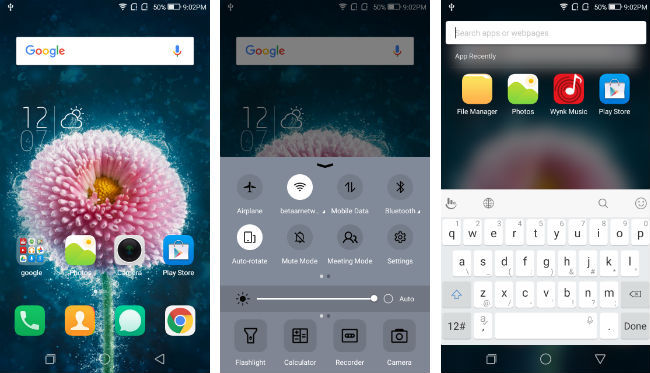 Another thing, which I haven't liked since the launch of the first Coolpad phone is the Xploree keyboard. I have said it before and I will say it again, this is the most intrusive keyboard I have seen thus far. It just keeps popping up advertisements and links, on which you inadvertently click and land up on a buying page. Thankfully, Coolpad has added Touchpal as a secondary keyboard on the phone and since this is Android, you can always download the keyboard of your preference from the Play Store. 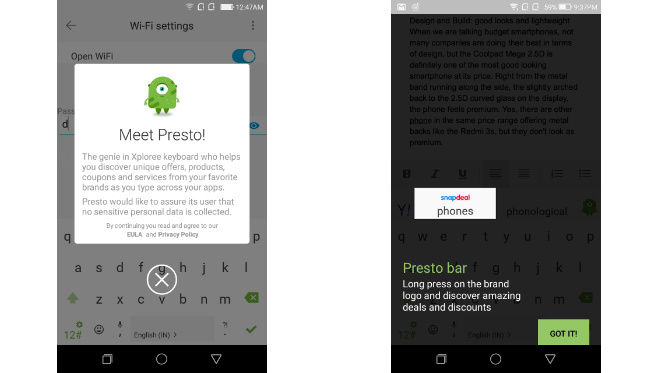 Performance: Not its forte
The Coolpad Mega is powered by a MediaTek MT6735P SoC, which is a less powerful variant of the MT6735, the company used in the Coolpad Note 3 Lite earlier this year. As expected, the phone performs somewhat slower to its predecessor. The phone lags occasionally in day to day performance. The lag was distinctively noticeable in the opening animation when I pressed the power button, or sometimes when I tried opening the recent app menu. App load times are higher as well and very noticeable while loading games. That said, in app experience is not that bad and you can easily work with minor lags. On the other hand, the gaming experience on the phone is a mixed bag. Less graphic intensive games ran without any major hiccups during my test period. However, games like Modern Combat were subject to consistent stutters and lags throughout the gameplay. The phone doesn't heat up much as well but it does get warm after a while of gaming. 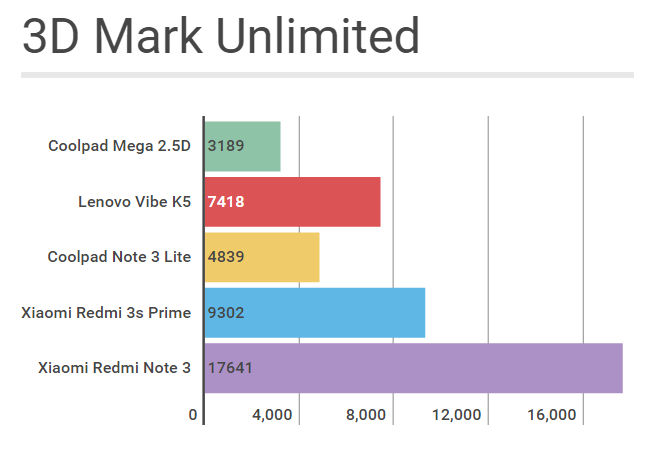 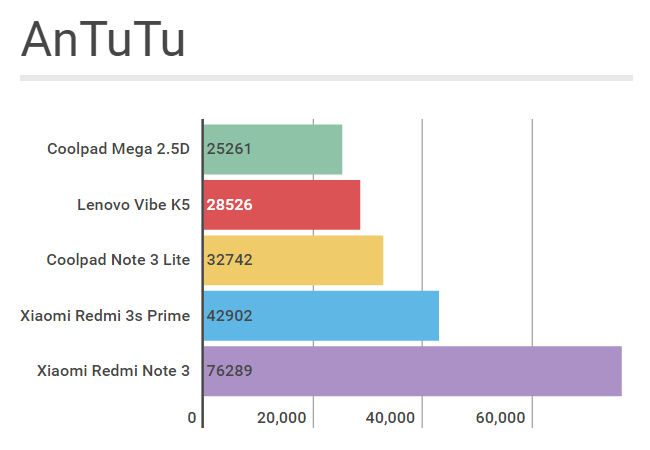 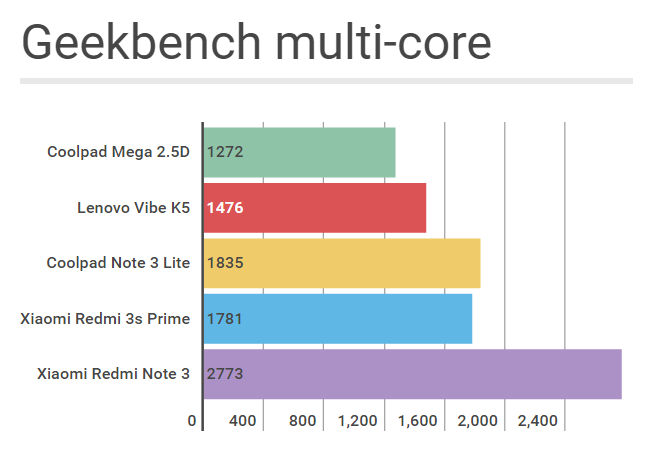 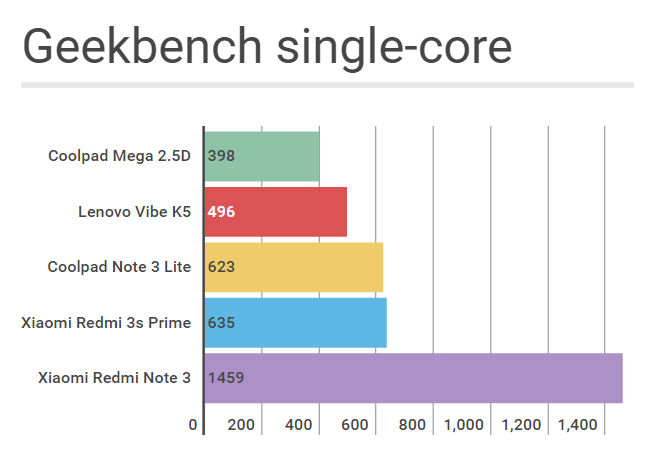 Call reception on the phone was pretty decent, but the volume on the earpiece is a little on the lower side. The sound output via the rear speaker is abysmal and I did miss more than a couple calls when the phone was kept on its back on the bed, right across my table. While the sound quality via headphones is loud enough, it is not good in terms of quality.

Camera: For the selfie lover
Let’s start with the front camera, which can easily be deemed as the best selfie camera on a 7K smartphone. The phone takes good images with the right colour balance in normal lighting conditions as well as in low light. However, all images tend to showcase noise, once I tried to pixel peep. The beauty mode has a few features like face whitening, smoothing, slimming, and eye enlargement, which are all done well. What I means is, all these software tricks will change your facial features to a believable extent and not beyond that. The front facing camera also features an HDR mode.

Images taken from the rear camera, showcase similar image quality. The images tend to show a lot of noise even in well lit conditions and then the noise becomes much more visible under low light. The colour reproduction and dynamic range in the images is not the best but considering the fact that this is a 7K smartphone, it is decent enough. The shutter response time is also quite fast compared to many other phones in the same price range. However, the rear camera is still a few notch below the 13MP rear shooter on the Xiaomi Redmi 3s

Battery: Poor
The Coolpad Mega, which even though has a larger footprint only carries a 2500mAh battery. Combining this small a battery with a 5.5-inch display meant a lower battery life and the phone achieved a score of 3061 points on the Geekbench battery test. The battery was out of juice in 7 hours and 40 minutes in the same test. In normal day to day work load however, the phone provided around 6 hours of screen on time. This meant, I was able to watch a couple of hour long episodes on Netflix, stream music, play games for half an hour and use the phone for other daily tasks, such as, calling, checking whatsapp and facebook and using the camera. It required a charge at least once before sunset. 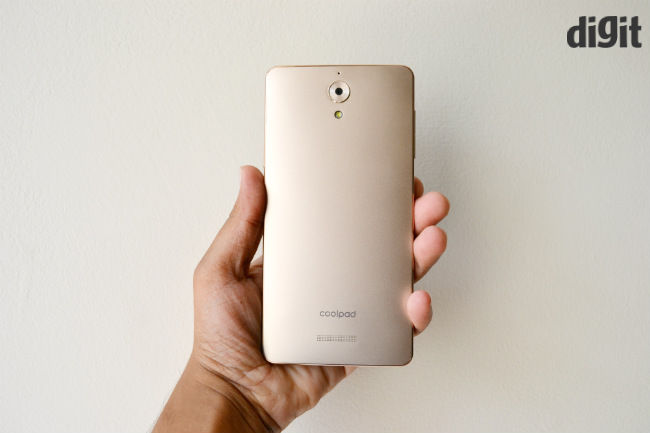 In comparison, the Xiaomi Redmi 3s lasts more than a day on heavy use and if you are a light user, the phone will last you for two days straight.

Bottomline
If a good selfie camera is the feature you most desire on a smartphone, then the Coolpad Mega is the phone for you. However, the low performing processor makes the phone a no match for competitors like the Xiaomi Redmi 3s. Even Coolpad’s own Note 3 Lite was a far better performer than this one. The other issue I have with the Mega is the poor battery life, which to my surprise I wasn’t expecting since the phone is powered by a low power SoC. The phone does looks good and clearly has a distinctive design when compared to most phones in the same price bracket but that doesn't make up for the lack of performance and poor battery.

So, if you are looking for the best budget smartphone, then the Xiaomi Redmi 3s is still the phone to buy, followed by the Coolpad Note 3 Lite. The Coolpad Mega should only be an option if you want a selfie centric smartphone on a budget.