Priced at Rs. 2,699 the Amkette Evo Gamepad pro is ideal for those that want to play games with a controller on their smartphone or tablet. It works well and has a good battery life with the only downside being the hinge. There are a number of controllers that ape the NES controller, Xbox controller, Sega Saturn controller and more to not only give a console like experience on a smartphone but add some nostalgia value to old school gamers as well. I recommend you take a look at your budget and the controllers on offer in the market before making a purchasing decision.

Mobile gaming has grown a lot over the past years. The fact that you can play games like GTA Vice City and Max Payne on most smartphones is a testament to the power the little device in your pocket has. Despite having touch and motion controls which provide an immersive experience, mobile games have suffered in one department – with hard-core gamers.

Being a console gamer myself, I cannot emphasise enough on the importance of a 17+-button controller for an immersive gaming experience - the one place where mobile gaming has suffered. Thankfully, we have seen the launch of a number of dedicated gaming controllers for smartphones and tablets. Today we have with us one such controller – the Amkette Evo Gamepad Pro. Priced at Rs. 2,699 does the gamepad deserve your attention or are you better off looking elsewhere? Well, we are about to find out! 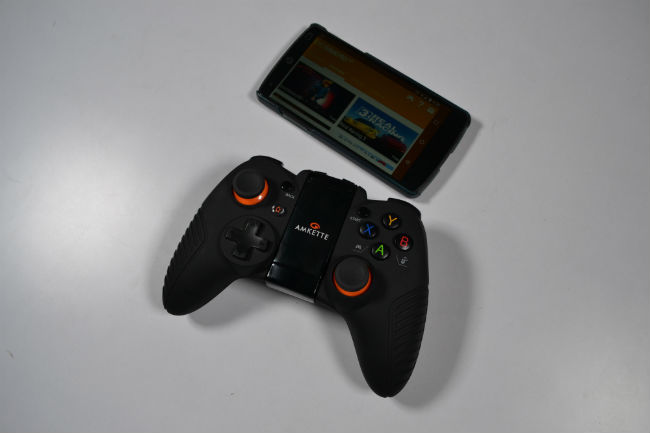 Smack bang in the middle of the controller we have a flap. This flap is the smartphone housing. Under the flap you have the microUSB port for charging along with the on/off switch. There are a bunch of LED indicators here as well.

The downside is that with a lot of use, the hinge tends to get loose. There we moments when I was playing a game and the slightest sudden movement of my wrists led to the hinge tilting. So you may want to be careful of that.

Overall the build of the controller is very good. It borrows elements from the Xbox 360 controller and that is a good thing. The hinge is the only thing that feels flimsy. 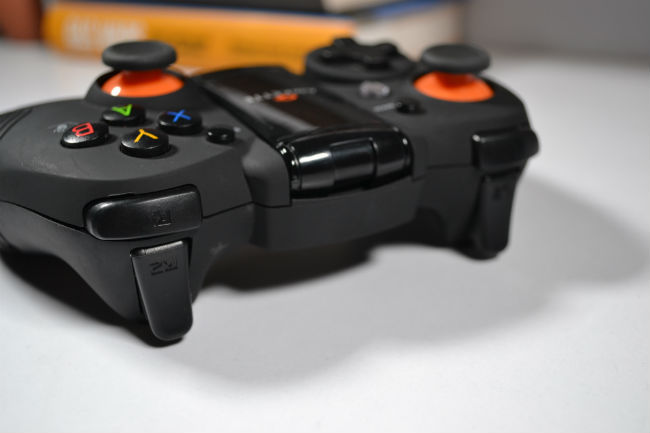 Setting up the controller is pretty easy. You need to download the Evo Gamepad app from the Google Play Store (we tested the gamepad with Android smartphones), long press the home button till one LED blinks fast, make sure that Bluetooth on your smartphone is switched on and voila! You are all set to use the controller.

The setup process is very easy, though I did face some issues with my Nexus 5. It connected to a OnePlus One in no time. 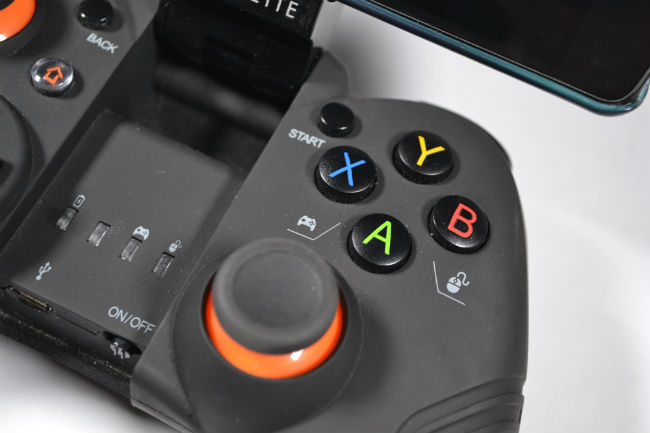 Lets get the battery life out of the way. The Amkette Evo Gamepad pro controller takes under 2 hours to reach full charge and can last for a little over 5 hours of gaming. And that’s pretty good – I have seen similar battery life on the first generation PS Vita.

Coming to the performance of the gamepad itself when playing games its good. There is little to complain here. We played some GTA Vice City, Max Payne, Asphalt 8 and Dead Trigger 2. All these games are compatible with an external controller so they worked well. All games on the Play Store however aren’t compatible with a controller, so if are one looking to invest in paid games, you may want to check compatibility.

Borrowing elements from the Xbox 360 controller makes the device comfortable to hold for long durations of gaming. It is durable enough to take some punishment with the biggest downside being the hinge – as mentioned earlier.

Another good thing is that you get a tablet stand in the box so if you enjoy gaming on the tablet, you can hook the tablet to the stand and game with the controller like a BOSS! 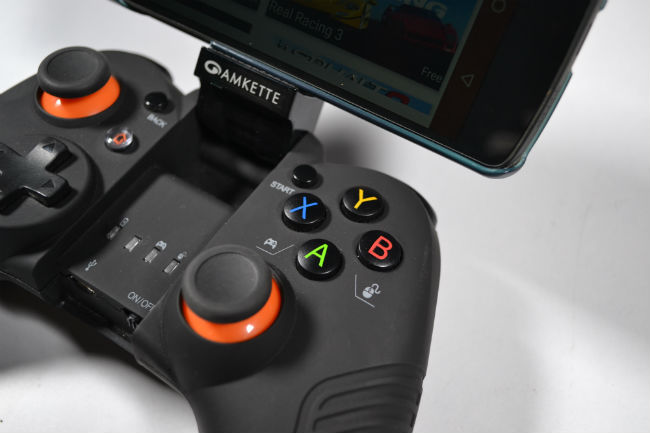 There are a bunch of controllers available in the market starting from a few hundred rupees all the way up to a few thousands. What I liked about the Amkette Evo Gamepad pro is that it is ergonomically well built for long hours of gaming and has a decent battery life for those long drives. What I didn’t like is the fact that the hinge is flimsy enough to rock your phone with the slightest jerk.