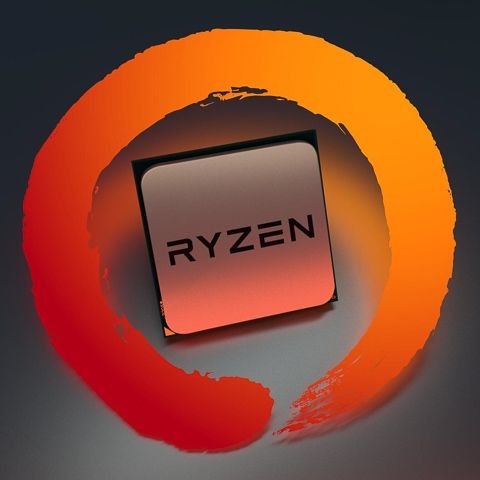 The processor will be fully unlocked for overclocking

E3 has been all about gaming, but traditionally, the announcements at this event have always centered around the various consoles. However, AMD took the opportunity to reveal some more news that many gamers would be very happy to have. AMD President and CEO Dr Lisa Su announced the new AMD Ryzen 9 3950x, the flagship processor in the Ryzen 3 family of desktop processors.

The AMD Ryzen 9 3950x comes with 16 cores and 32 threads that can run at a top clock speed of 4.7GHz. The base clock on the chip is supposed to be 3.5GHz. However, its not just about more cores or the clock speed. The third generation Ryzen processors are also built on the 7nm FitFET process, allowing the processor to achieve new heights when it comes to performance per watt and also power efficiency in general. In addition, the processor will be fully unlocked, allowing enthusiasts to push the chip even further with regards to clock speeds. It does, however, sport a hefty TDP of 105Watts, and AMD will bundle a Wraith Prism air cooler in the box. The price for all this will be a rather modest $729 and the processor will be available in September 2019.

How does it Compare to Intel’s offerings

One of the reasons why AMD’s new processors are getting all the attention is because, in simple terms, they offer more bang for the bunch in comparison to their Intel counterparts. With the Ryzen 9 3950x, AMD has once again thrown a spanner into Intel’s product line up. The current high-end desktop flagship processor from Intel is the Intel Core i9-9900K, with 8 cores and 16 threads with a base clock of 3.6GHz, a boost clock of 5GHz and a TDP of 95Watts. This processor costs in the $700-$800 in the U.S. range, depending on where you buy it. In India, the price is even higher. The AMD Ryzen 9 3950x offers twice the core count for the same price. When looking for something with 16 cores from Intel, you’d have to go with the Intel Core i9-9960X, a chip from Intel’s extreme series of processors. The chip does offer 16 cores and 32 threads, but at a slightly reduced base clock speed of 3.1GHz and 4.5GHz boost. Not to mention, the processor costs more than twice of the AMD Ryzen 9 3950x.

Intel at Computex also unveiled their 10th generation processor series codenamed Ice Lake CPUs. Intel had been struggling with cracking the 10nm process node for some time now, but finally, the company managed to crack it. However, the announcement at Computex made it clear that Ice Lake for now, is only coming to thin and light laptops. Intel announced no high-end desktop processors in the 10th generation and there’s not a lot of clarity on when that would happen. Additionally, given the pricing trend that Intel has followed for their high-end processors, we are curious to see if Intel would be able to give the Ryzen 9 3950x competition.

In addition to the top of the line Ryzen processor, AMD also announced two new GPUs, AMD Radeon RX 5700 XT & RX 5700. The new RX 5700 series is all about providing great 1440p gaming experiences thanks to the new 7nm architecture. AMD has built a new gaming architectured called RDNA which delivers up to 1.25X higher performance-per-clock and up to 1.5X higher performance-per-watt compared to the previous generation. The two cards will feature a host of new technologies such as Radeon Image Sharpening that restores visual fidelity in games (when they have been softened by post-processing). RDNA will also enable DisplayPort 1.4 with Display Stream Compression (DSC) that AMD claims will deliver extreme refresh rates, color depth and resolutions up to 8K HDR at 60Hz or 4K HDR at 144+ Hz on cutting edge displays, including the world’s first monitor to support DSC: the new ASUS Republic of Gamers 43-inch monitor previewing at E3. The new monitor is capable of delivering 4K HDR at 144Hz with a single DisplayPort™ 1.4 cables. You can see the essential specs in the table below.

The AMD Ryzen 9 3950x will go on sale in September 2019 for a retail price of $749. The AMD Radeon RX 5700 XT is priced at $450 while the RX5700 sports a price tag of $379. There is currently no word on India pricing or availability, but we will update this post as and when there is more information available.