Sony is said to be working on a new Xperia smartphone that could come with a total of eight cameras. 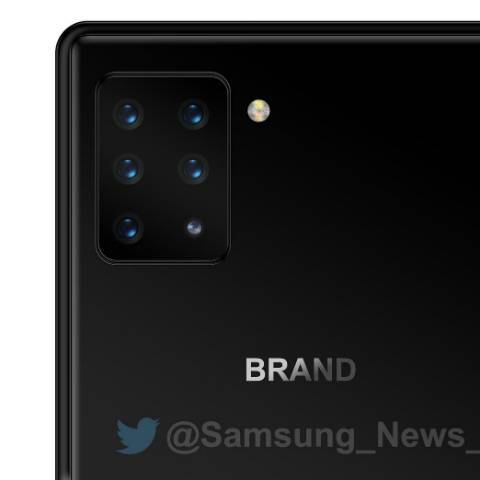 The smartphone industry is quite dynamic and phone manufacturers rapidly get aboard new tech bandwagons, be it a new type of notch, adding more cameras to their offerings, or adding AI to almost everything. Sony’s smartphone business is staggering behind the competition and the company recently pulled its business from multiple regions including India. However, it is still operating and making smartphones in Japan, Taiwan, Hong Kong and Europe. Now, as per the tipster Max J, its upcoming smartphone might just take things a step further with a total of eight cameras.

While one might think Huawei innovated with a quad camera setup and HMD Global was enthusiastic with its penta-camera Nokia 9 PureView, then Sony might be trying to outdo them all. The Japanese phone manufacturer is reportedly working on a new Xperia branded handset that might feature six cameras on the back. In addition, there could be two cameras on the front. The smartphone is touted to be still in development and none of its specs or any other details has surfaced yet. The tipster also tweeted out an image of an Xperia handset, which seems like the Xperia 1, that sports six camera modules on the back but it is a concept image, as imagined by the tipster.

I heard #Sony is working on a new #Xperia Smartphone featuring a total of six lenses on it's rear as well as two cameras on the front.

The device is still in development which means that specs and further things are still unknown.

!CONCEPT BASED ON IMAGINATION! pic.twitter.com/mJ83LSNzAc

As the upcoming Xperia smartphone with six rear cameras has been detailed in a rumour, we suggest you take it with a pinch of salt. As for other Sony Smartphone news, the company is said to be developing a new foldable phone that might come equipped with Samsung’s flexible OLED display. The handset could be called the Xperia F and could support 5G connectivity as well. If the company does announce a foldable phone, it will not be the first one as Samsung already has its Galaxy Fold on the way. However, the handset was met with harsh criticism since some of the units with US reviewers had to be recalled due to broken inner display.

There is also the Huawei Mate X but the company itself seems to be struggling right now due to being placed in the US Entity List. Huawei has been banned from using Android and it is currently under a 90 day grace period. You can read more about this here.