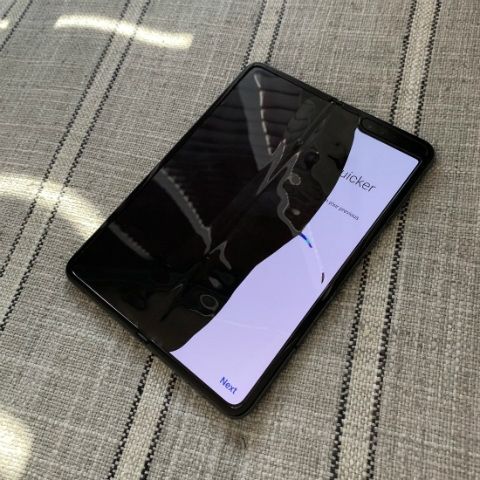 Just two days after the reports claimed that Samsung has postponed the China launch of the Galaxy Fold, the company has issued a statement confirming the development, saying that it has decided to delay the (global) release of the Galaxy Fold, and plans to “announce the release date in the coming weeks.” In the meantime, the South Korean tech giant “will take measures to strengthen the display protection.”

The statement comes soon after several reviewers in the US shared incidences where the inner display on their Galaxy Fold devices malfunctioned. Samsung later issued a statement saying that it would thoroughly inspect these units to determine the cause of the matter. Now in the latest statement, the company said, “While many reviewers shared with us the vast potential they see, some also showed us how the device needs further improvements that could ensure the best possible user experience.”

Samsung said that it to fully evaluate this feedback and run further internal tests, it has decided to delay the release of the Galaxy Fold. “We plan to announce the release date in the coming weeks,” Samsung said. It also explained the reason of the decision. “Initial findings from the inspection of reported issues on the display showed that they could be associated with impact on the top and bottom exposed areas of the hinge. There was also an instance where substances found inside the device affected the display performance.”

Samsung added that it will take measures to strengthen the display protection. “We will also enhance the guidance on care and use of the display including the protective layer so that our customers get the most out of their Galaxy Fold,” the South Korean giant added. Those who are unaware, at least four reviewers, including The Verge’s Dieter Bohn, Steve Kovach of CNBC, YouTuber MKBHD and Bloomberg’s Mark Gurman, confirmed that the inner display on their unit broke or malfunctioned (though only some of them had removed the protective layer).

Samsung launched the Galaxy Fold for a price of $1,980, which approximately Rs 1.37 lakh. The phone sports a HD+ Super AMOLED panel with a resolution of 840x1960 pixels. The smaller display, or the one outside, on the Samsung Galaxy Fold(₹ 173999 at Tatacliq) is 4.6 inches in size, and when unfolded, the device turns into a 7.3-inch tablet with a ‘Dynamic AMOLED display’ that has a resolution of 1536 x 2152 pixels. The handset runs on a “7nm processor,” which is most likely the Samsung Exynos 9820, and comes with 12GB of RAM and 512GB of UFS 3.0 storage. The handset houses a 4380mAh battery.

Meanwhile, Citing a person with direct knowledge of the matter, Reuters reports that Samsung is retrieving all Galaxy Fold samples distributed to reviewers to further investigate the reports of broken screens. “On the bright side, we have an opportunity to nail down this issue and fix it before selling the phones to a massive audience, so they won’t have same complaints,” the news agency quoted a Samsung employee as saying. Reportedly, the company has also reached out to people who have already pre-booked the devices via an email. "Your pre-order guarantees your place in the queue for this innovative technology. We’ll update you with more specific shipping information in two weeks,” Samsung reportedly said in the email.