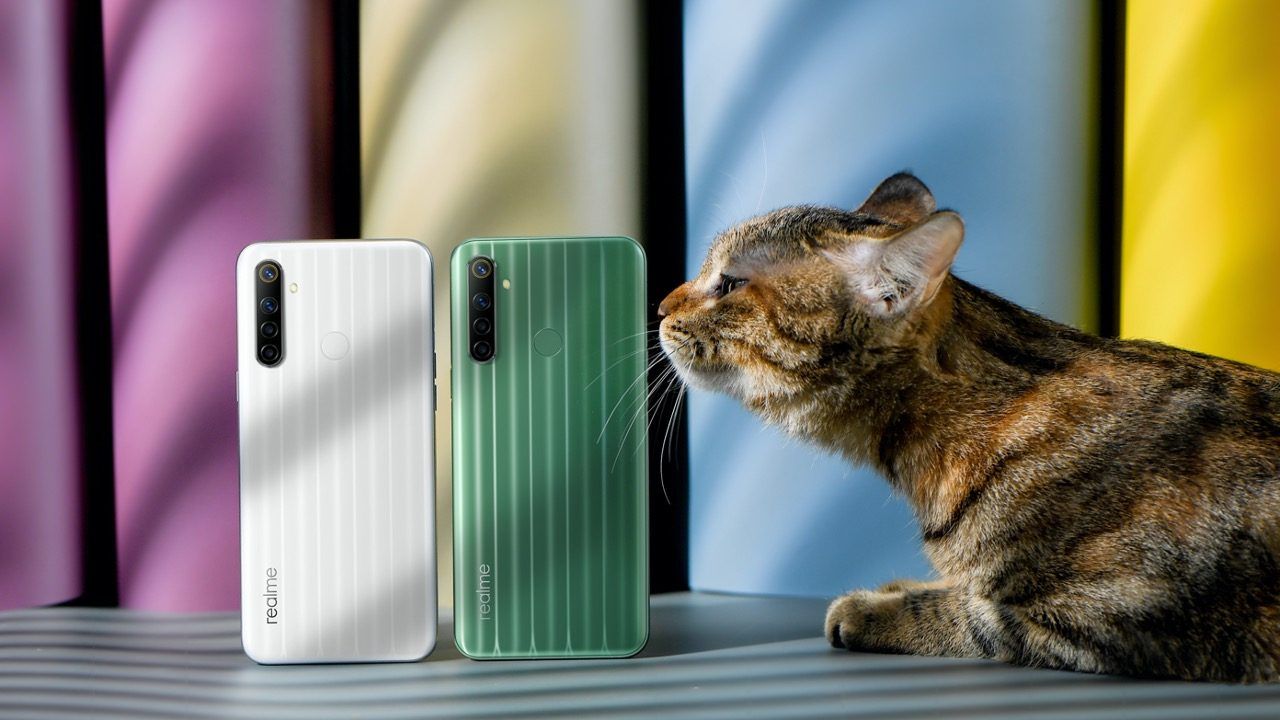 Realme Narzo 10 has just been announced in India and sits between the Realme C and the current crop of Realme 6 series. It goes up against the likes of the Redmi Note 9 Pro with a build quality that’s inspired by the Realme X Master Edition. The phone has been priced very competitively in the Indian market and as such, it can get a bit confusing if you’re looking to purchase a mid-range phone for yourself.

So, we thought of taking a brief look at the specifications of the REALME NARZO 10(₹ 13350 at Tatacliq) in comparison with the Redmi Note 9 Pro and its distant cousin, Realme 6. Here’s how the Narzo 10 fares in this specification-based comparison.

Most phones in the sub-Rs 15,000 price range feature a polycarbonate built with textured patterns on the back. Out of the three smartphones, the Redmi Note 8 Pro is the only phone to come with Gorilla Glass 5 protection on the rear panel as well as on the front. All three phones can withstand usual splashes of water but it’s not recommended to take these phones anywhere near water.

The Narzo 10 features a 6.5-inch HD+ (1600 x 720 pixels) resolution display with a waterdrop notch cutout on the front for the selfie camera. This gives the screen a 20:9 aspect ratio and around 82 per cent screen-to-body ratio. The screen on the Redmi Note 9 Pro is a bit larger at 6.67-inch with a Full HD+ (2400 x 1080 pixels) resolution display and a punch-hole cutout for the selfie camera upfront.

Realme 6, on the other hand, features a 6.5-inch Full HD+ (2400 x 1080 pixels) resolution display with a punch-hole cutout on the front in the top-left corner. This gives the screen a 20:9 aspect ratio and is topped with a layer of Gorilla Glass 3 like the Narzo 10. Having said that, the most interesting feature of the screen is its high 90Hz refresh rate.

The Narzo 10 and Note 9 Pro, both come with 48MP primary camera while the Realme 6 has a 64MP quad-camera setup. On the Narzo 10, there’s an 8MP ultra-wide-angle camera with a 119-degree field of view, a 2MP macro lens and a 2MP black and white sensor for assisting in portraitures.

The Note 9 Pro has a similar setup with an 8MP ultra-wide lens, a 5MP macro camera and a 2MP depth sensor. The Narzo 10 can record in 1080p at 30fps with support for Electronic Image Stabilization whereas the Note 9 Pro can shoot 4K UHD videos at 30fps and slow-motion videos at 960fps.

As for the Realme 6, it comes with a 64MP primary camera along with an 8MP ultra-wide camera, a 2MP macro lens and a 2MP depth sensor. It can record in 4K UHD at 30fps and gets support from electronic image stabilization. All three phones feature a 16MP front-facing camera for selfies.

REALME NARZO 10 vs Xiaomi Redmi Note 9 Pro vs Realme 6: Under the hood

REALME NARZO 10 is powered by MediaTek helio G80 chipset with an octa-core CPU and Mali-G52 graphics while the Redmi Note 9 Pro has the Snapdragon 720G at its heart. Likewise, the Realme 6 is powered by the Helio G90T chipset with Mali-G76 graphics.

While the MediaTek chipsets are manufactures on a 12nm architecture process, Qualcomm makes the Snapdragon 720G using an 8nm die cast and it’s octa cores are clocked at upto 2.3GHz with Adreno 618 GPU. The phones are available in different configurations of RAM and storage options to choose from.

All three phones run on Android 10 based interfaces, MIUI 11 for Xiaomi and RealmeUI for the Narzo 10.

The Narzo 10 comes with a fingerprint sensor on the rear panel while the Note 9 Pro and Realme 6 feature side-mounted scanners for easier access and one-hand unlock.

The phones are packed with the basic set of sensors and connectivity features such as Wi-Fi, 3.5mm audio jack and more.