OnePlus has officially launched the OnePlus 8 and OnePlus 8 Pro

Both smartphones are powered by the latest Snapdragon 865 and are 5G-ready.

Both the OnePlus 8 and OnePlus 8 Pro will be available in India.

The OnePlus 8(₹ 39999 at amazon) and OnePlus 8 Pro(₹ 54499 at Tatacliq) have gone official. Owing to the COVID-19 crisis engulfing the world, OnePlus didn’t host a physical event. Instead, the company unveiled the OnePlus 8 series via a streamed session. As expected, there are two new smartphones — The OnePlus 8 and the OnePlus 8 Pro and both of them will be coming to India.

Both smartphones are powered by the flagship Snapdragon 865 SoC, sport high refresh rate displays and multi-camera setups. Interestingly enough, all the leaks that were doing the rounds are true. OnePlus itself had kept fans on a drip-feed of information for the past few days and on Tuesday evening, it let the floodgates open. Let’s check out each smartphone individually — 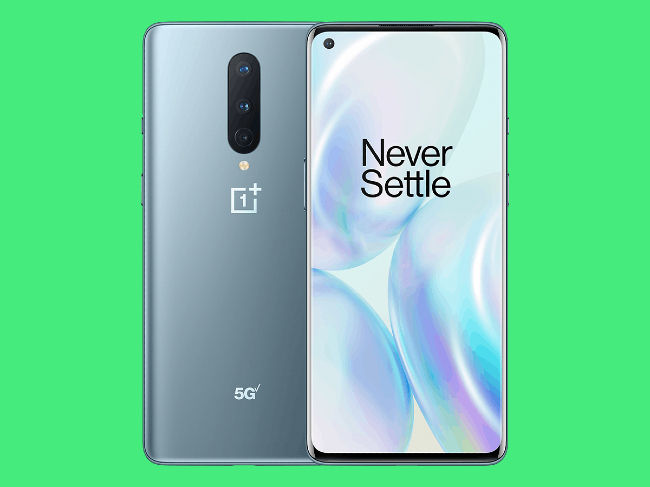 Just like last year, the OnePlus 8 is the default option for most while the OnePlus 8 Pro is the premium flagship. Naturally, there are some features that are not present in the OnePlus 8, but overall the improvements come out more as incremental rather than ground-breaking.

The OnePlus 8 features a 6.55-inch FHD+ Super AMOLED display, the same size as the OnePlus 7T. Only this time, instead of a waterdrop notch, there’s a tiny punch-hole camera in the top left corner of the panel. The screen offers a 90Hz refresh rate and boasts of HDR10+ certification and 20:9 aspect ratio.

It’s powered by the Snapdragon 865 and because of Qualcomm’s decision to include a 5G modem, the OnePlus 8 is also 5G-ready. Of course, that won’t do you much good here in India till 5G networks debut. OnePlus also increased the RAM on the OnePlus 8 with a 12GB variant along with another 8GB one. Both are LPDDR4X. The newer LPDDR5 RAM module went to the Pro model. Furthermore, it comes with the 2-Lane USB 3.0 storage with 128GB and 256GB variants. There’s also a larger 4,300mAh battery this time that tops up using a Warp Charge 30T charger that’s included in the box.

Unlike the OnePlus 8 Pro that packs a quad-camera setup, the OnePlus 8 sticks to a triple camera setup. The primary camera is a 48MP sensor but it’s a new Sony IMX586 sensor with 0.8um pixels and 4-in-1 pixel binning. That’s combined with a 6p lens with f/1.75 aperture. The primary camera features OIS and EIS. The second camera is a 16MP ultrawide camera with 116-degree field-of-view. The lens has an aperture of f/2.2 and offers PDAF. Lastly, there’s a 2MP macro lens with f/2.4 aperture for taking close-up shots. There is no zoom lens in the setup but the camera app offers 2X digital zoom from the primary lens. The OnePlus 8 can take 4K videos at 60 fps and 240 fps slo-mo videos at 1080p resolution. There’s also the nightscape mode that the company claimed to have been improved and can capture far more details in low-light than before. Lastly, there’s a new pet mode that tracks focus of your pet (specifically cats and dogs) to capture a sharp shot.

Like what OnePlus is offering? Wait till you read about the OnePlus 8 Pro. 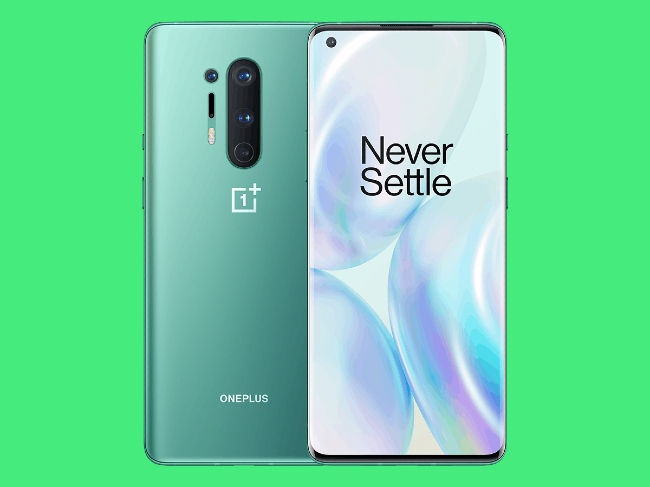 The Pro variant has become the culmination of the best OnePlus has to offer and the OnePlus 8 Pro is no different. It starts off with a QHD+ 6.78-inch AMOLED panel that goes for a punch-hole selfie camera instead of a pop-up module. More than that OnePlus pushed the refresh rate to 120Hz on the OnePlus 8 Pro and added the MEMC chip that it first introduced in the OnePlus TV last year. The MEMC chip helps in converting videos from 24 FPS to 120 FPS making it good for watching sports, but not movies and TV shows since they will look quite artificial with motion smoothing.

Under the hood, the OnePlus 8 Pro also opts for the Snapdragon 865 SoC and is 5G-ready. Furthermore, it opts for the latest RAM standard with up to 12GB LPDDR5 RAM and 256GB UFS 3.0 storage. There’s another 8GB RAM variant with 128GB storage.

Finally, let’s get into the camera details. The OnePlus 8 Pro rocks a quad-camera setup like most other flagships these days. The primary sensor is a Sony IMX689 48MP sensor with 7P lens and f/1.78 aperture. There’s both OIS and EIS in the primary sensor. Then there’s an 8MP f/2.4 telephoto camera that OnePlus claims can deliver 3X hybrid zoom. Interestingly, OnePlus used another 48MP camera with the ultrawide lens. It offers a field of view of 119.7-degrees and comes with an f/2.4 aperture. The last sensor is a 5MP colour filter sensor with f/2.4 aperture.