Motorola Edge+ with Qualcomm Snapdragon 865 set to launch on April 22, Moto Edge could also be announced 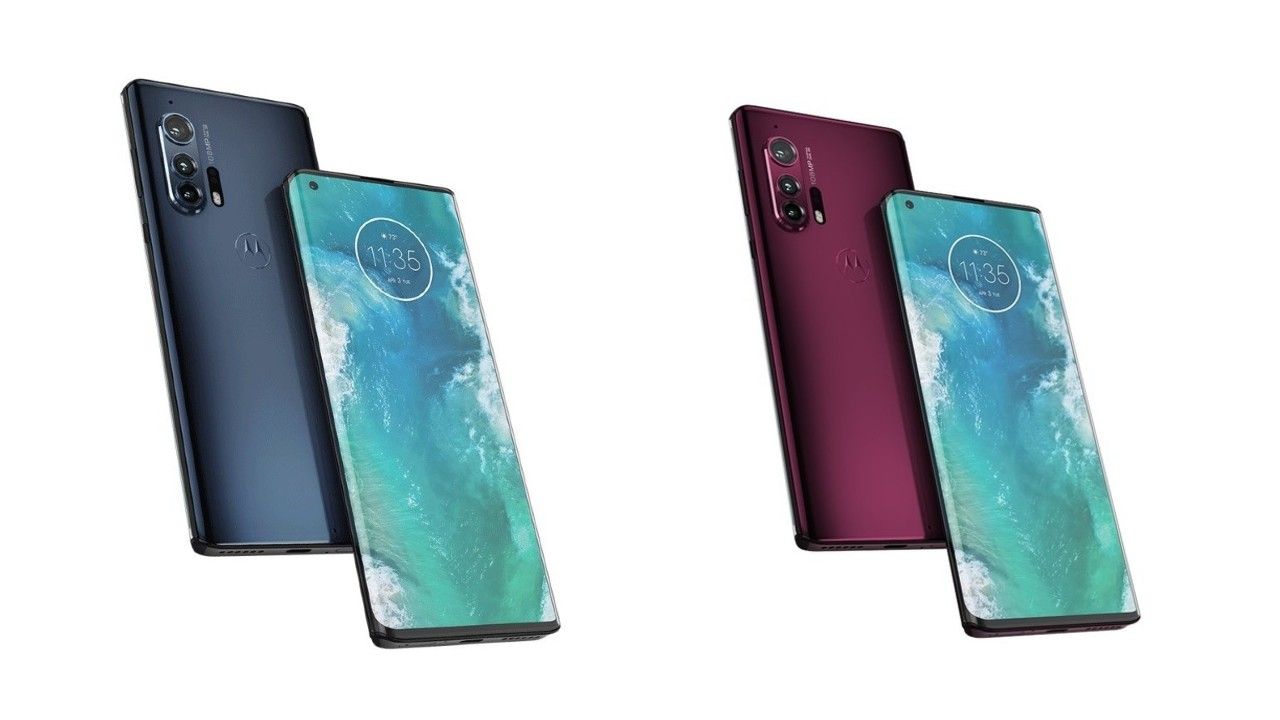 Motorola will officially launch its flagship phone, the Edge+ on April 22 and a regular Moto Edge is also expected to tag along. The new phones by Motorola feature waterfall display and come with 5G support as has been leaked previously. The phone was earlier expected to be unveiled during Mobile World Congress 2020, but due to the outbreak of Coronavirus in various parts of the world, the annual show was called off.

The company took to Twitter and posted a video teasing everyone with the waterfall display on the upcoming flagship. Some key features and specifications of the phone have been leaked previously along with renders making it to the Internet.

Motorola Edge+ is rumoured to feature a 6.67-inch Super AMOLED display with a Full HD+ (2340 x 1080 pixels) resolution. It has a 90Hz refresh rate and a punch-hole cutout that gives it a 19.5:9 aspect ratio. The highlight of the display is that it wraps around the edges giving it an almost 90-degree curve. A fingerprint reader is also embedded into the display.

The phone is powered by Qualcomm Snapdragon 865 chip with an octa-core CPU and Adreno 650 GPU. This is paired with up to 12GB RAM and 256GB storage with support for a microSD card in case you need to expand the storage further. The Motorola Edge+ runs on stock Android 10.0 out-of-the-box with Moto customizations.

The Edge+ was earlier spotted on Geekbench and was awarded a score of 4106 points in the single-core tests and 12823 points in the multi-core benchmark.

The Edge+ has a triple camera setup on the back that consists of a primary 108MP sensor with an f/1.7 aperture with OIS support. The second camera is an 8MP telephoto lens with 3x optical zoom, followed by a 16MP ultra-wide-angle lens. On the front, there’s a 25MP selfie camera with an f/2.0 aperture.

The rear cameras are backed by dual-LED flash and can record 4K UHD at 30fps.

The phone is said to come with a 5,100mAh battery with support for 15W fast charging.

The regular Motorola Edge is also expected to make an appearance alongside the Edge+ on April 22. It also features the same waterfall display as the Edge+ but is powered by Qualcomm Snapdragon 765G chip instead.

The SD765G has an octa-core CPU and is paired with 6GB RAM and 128GB storage. The phone has a microSD card slot for memory expansion is needed. It runs Android 10.0 out-of-the-box with some popular features such as Moto Actions.

Unlike the Edge+, this one comes with a 64MP primary camera with an f/1.9 aperture, a secondary 8MP telephoto lens with 3x optical zoom and a 16MP ultra-wide-angle lens. The selfie camera is the same as on the Edge+.

Apart from that, the Edge is slated to come with a slightly smaller battery rated at 4,500mAh with 15W fast charging support.