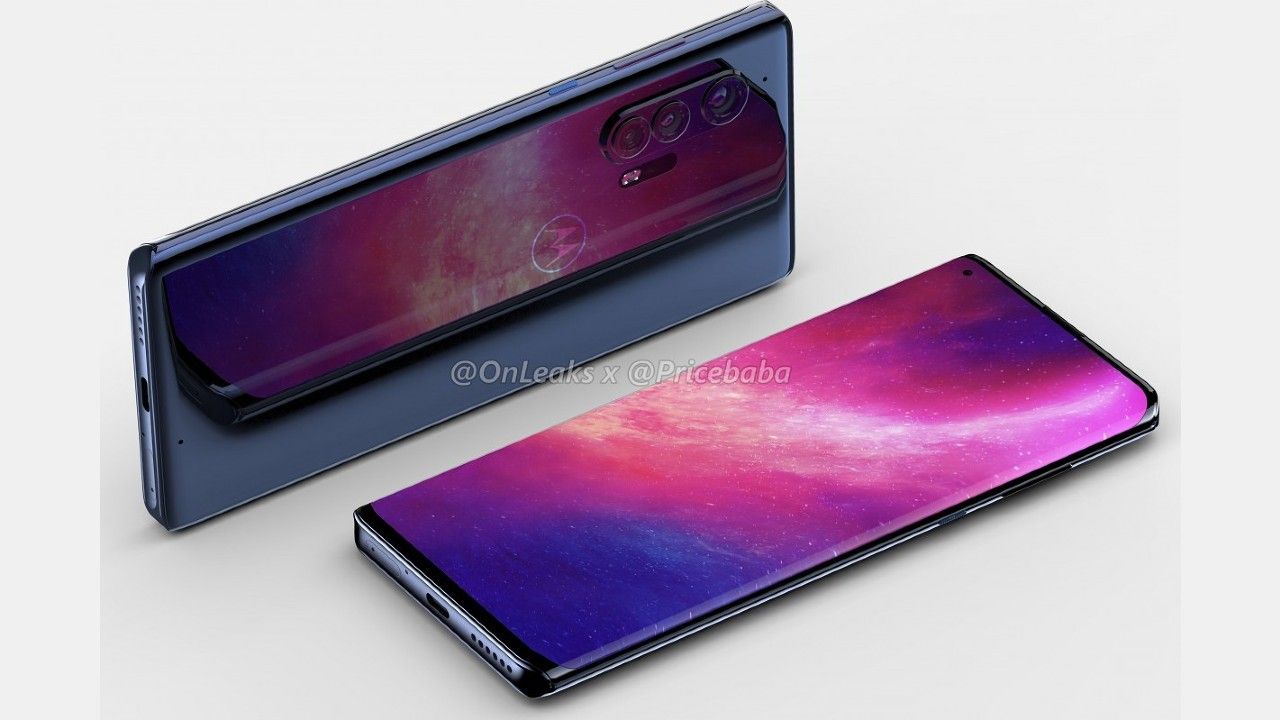 Motorola is expected to launch its next flagship device, the Motorola Edge+ at an upcoming event. However, the smartphone has appeared online, giving us our full-fledged look at the handset. The leaked images showcase a small hole-punch in the top left corner at the front. Further, the display wraps around the edges. Hence, giving it the name of the waterfall display. At the back, we can see the three cameras arranged in a vertical stack and an LED ring around the Motorola logo.

The latest images come from Pricebaba. As for the bottom of the device, it features a USB-C port and a speaker grill. Moreover, it appears to have a 3.5mm headphone jack. There is said to be an under-display fingerprint scanner as well. Further, it is also seen to have physical volume and power buttons, unlike some previous phones we have seen with waterfall displays. However, the report doesn’t mention any new leaked specifications.

Previously, the company has already confirmed that it will be launching phones powered by Qualcomm's flagship Snapdragon 865 SoC and the mid-range Snapdragon 765 SoC. The Motorola Edge+ is tipped to be powered by the Snapdragon 865 chipset. It is said to come in 8GB and 12GB RAM variants. It may pack a 5170mAh battery. However, there is no word on fast charging yet.

The Edge+ is tipped to feature a 6.67-inch full-HD+ (1080 x 2340 pixels) display with a punch-hole notch. In the images, the size of the hole-punch is noticeably smaller than the one on the Motorola One Vision. The device was also spotted on Geekbench. It scored 4106 in the single-core test and recorded a score of 12823 in the multi-core test. Motorola Edge+ is likely to run Android 10.