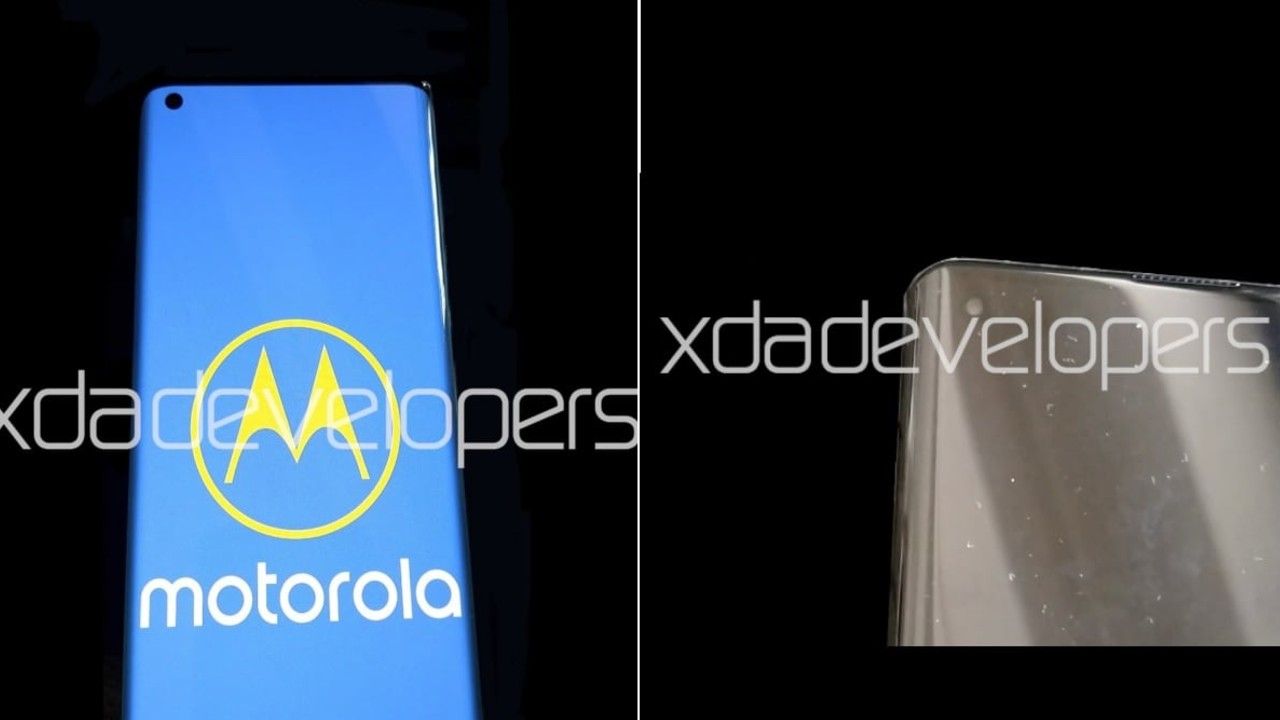 The Motorola Edge+ appears to feature a curved panel much like that of the Vivo Nex 3.

Motorola is hosting a launch event at MWC 2020 where it is said to announce a new flagship device alongside a couple of Moto G8 devices. This year’s Motorola flagship is expected to be called Moto Edge+. The phone name was first revealed by tipster Evan Blass. Now, alleged live images of the device have appeared online. The Motorola Edge+ is rumoured to sport a curved display with a punch-hole display.

The latest development comes from XDA-Developers. The Motorola Edge+ appears to feature a curved panel much like that of the Vivo Nex 3 and the Huawei Mate 30 Pro. However, it retains the physical volume buttons. The Motorola flagship phone is reportedly codenamed ‘burton' or ‘racer turbo'.

The company has already confirmed that it will be launching phones powered by Qualcomm's flagship Snapdragon 865 SoC and the mid-range Snapdragon 765 SoC. The Motorola Edge+ is tipped to be powered by the Snapdragon 865 chipset. It is said to come in 8GB and 12GB RAM variants. It may pack a 5170mAh battery. However, there is no word on fast charging yet.

The Motorola Edge+ is rumoured to feature a 6.67-inch full-HD+ (1080 x 2340 pixels) display with a punch-hole notch. In the images, the size of the hole-punch is noticeably smaller than the one on the Motorola One Vision. The phone was also spotted on Geekbench. It scored 4106 in the single-core test and recorded a score of 12823 in the multi-core test. Motorola Edge+ is likely to run Android 10. Other specifications of the smartphone are yet to be known. But we expect more details to show up online as we inch closer to the launch date.