The Microsoft Surface Duo is Microsoft's first smartphone in years, and the first foldable smartphone which will run Android 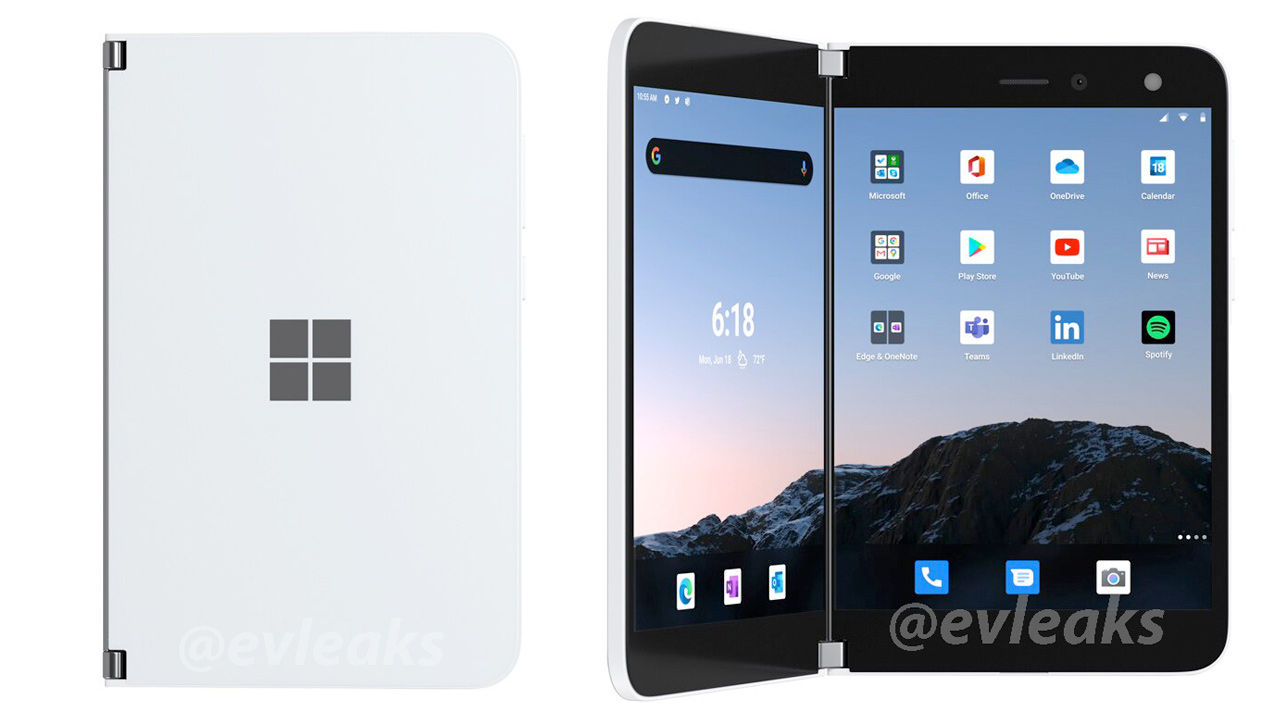 The Microsoft Surface Duo may finally be heading to consumer hands in the coming months, if the information provided by @evleaks is anything to go by. While the device has not only extensively leaked in previous renders, but it has also been seen in the hands of Microsoft executives. These executives have had no qualms letting the world see an unreleased device, perhaps being the reason why there is no much hyper around it.

The new set of renders don’t show off anything new about this foldable smartphone, but only the various stages of it closing and opening. Microsoft had shown off the Surface Duo last year in October, saying that the phone would be releasing during the Holiday season of 2020. According to Blass, Microsoft might be on track to live up to that promise with rumours suggesting that the phone is coming to AT&T in th U.S. leading us to believe that the device must be ready for the market.

The Microsoft Surface Duo is Microsoft’s semi-return to the smartphone game. The Surface Duo is a foldable smartphone from Microsoft, which will run not Windows, but Android as the operating system. Looks like Microsoft isn’t reiving its experiments with the mobile operating system again. The Surface Duo is a foldable device which uses two individual displays put together using a hinge. The Duo does not use a foldable display. Leaks suggest that the phone will be powered by Snapdragon 855 paired with 6GB RAM and would allegedly come in three storage variants; 64GB, 128GB and 256GB. Apparently, there’s only a single 11-megapixel camera on the device which functions as a front and rear camera.

While Microsoft is releasing the Surface Duo with Android, the software giant has been steadily working on Windows 10X, a version of the Windows operating system for dual-screen devices. This could be in line with the longer vision of hardware manufacturers to create laptops and smartphones with dual and foldable displays. We have already seen multiple laptop OEMs like Dell, Lenovo and even Asus show off dual-screen laptops at CES 2019 and 2020, with Intel also committing to developing SoCs that can power such devices. Since Windows 10X is not going to be ready till 2021, we don’t expect to see very many dual screen devices running Windows before that. For now, however, we settle with the Microsoft Surface Duo, which should launch by the year’s end