The Surface Duo sports two separate displays that are 5.6-inch in size and fold out.

The company refrains from calling it a smartphone, yet it can make calls. 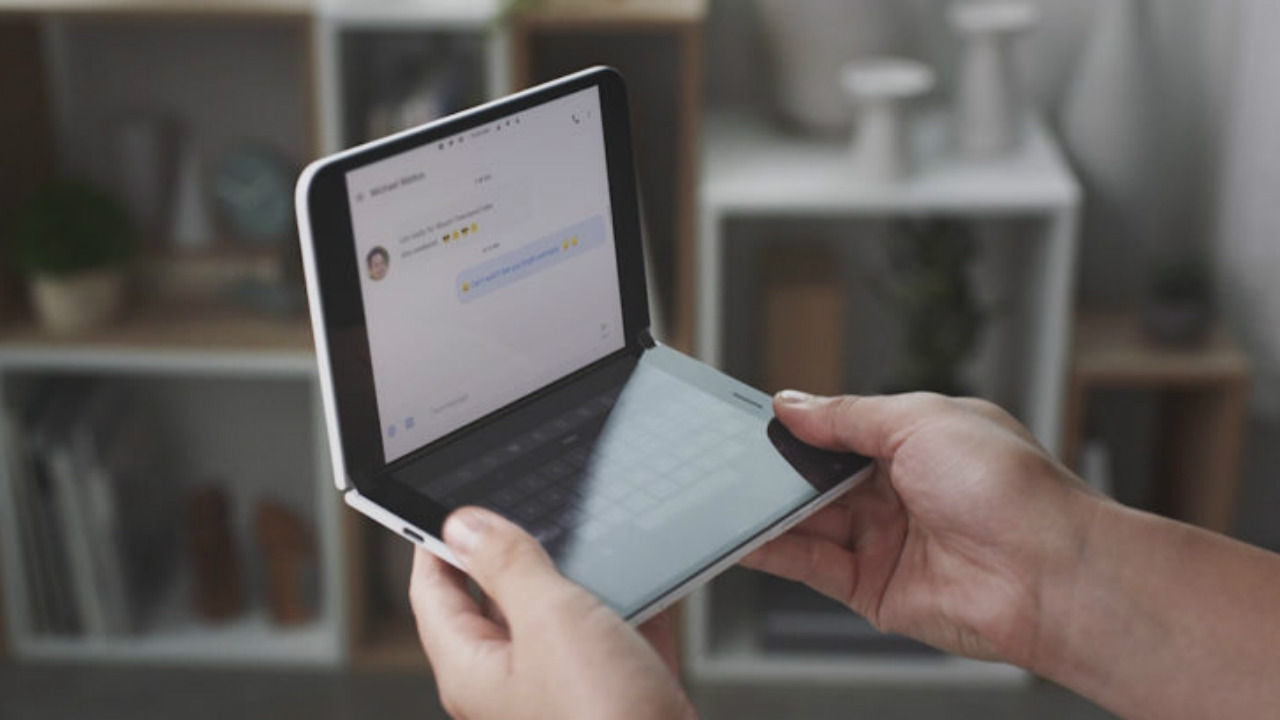 Microsoft bowed out of the smartphone business back in 2017 when it announced the end of its Windows Phone platform. Now, the company is again trying to establish itself in the smartphone segment with the new Microsoft Surface Duo smartphone. However, the company is pushing the device as something more than a smartphone or a communication device as it is categorised under the Surface lineup. Equipped with two side-by-side 5.6-inch displays, the Surface Duo can rotate 360 degrees and sports an 8.3-inch display when unfolded. It can be used in various ‘postures,’ which is basically Microsoft’s way of saying you can use the device in different modes.

While the company has not revealed any specifications of the Microsoft Surface Duo, we know that it runs on Android and comes with Google Play Store. From the launch reveal of the device, we could gather that the Android operating system on the Surface Duo is optimised for dual-screens and it will enable users to do two different tasks on the displays. In landscape mode, the second display can be used as a game controller or a keyboard. It will is slated to hit the US market in late 2020 and there's no information on price yet. Wired says that the device is running on Snapdragon 855 processor and the unit with Microsoft’s Chief Product Officer, Panos Panay, runs on a customised version of Android 9 Pie.

Alongside Microsoft Surface Duo, the Surface Neo was also unveiled, which is another dual-screen device from the company’ stables. The device runs on a new Windows 10X operating system, which is optimised for the dual-screen Surface device. It runs on a custom Intel Lakefield processor and comes equipped with a new thin Surface Pen that is attached to the back. There’s also a magnetic keyboard that folds out from the rear and attaches to the device’s screen, leaving some space on the display that can be either used as a secondary display or a touchpad.