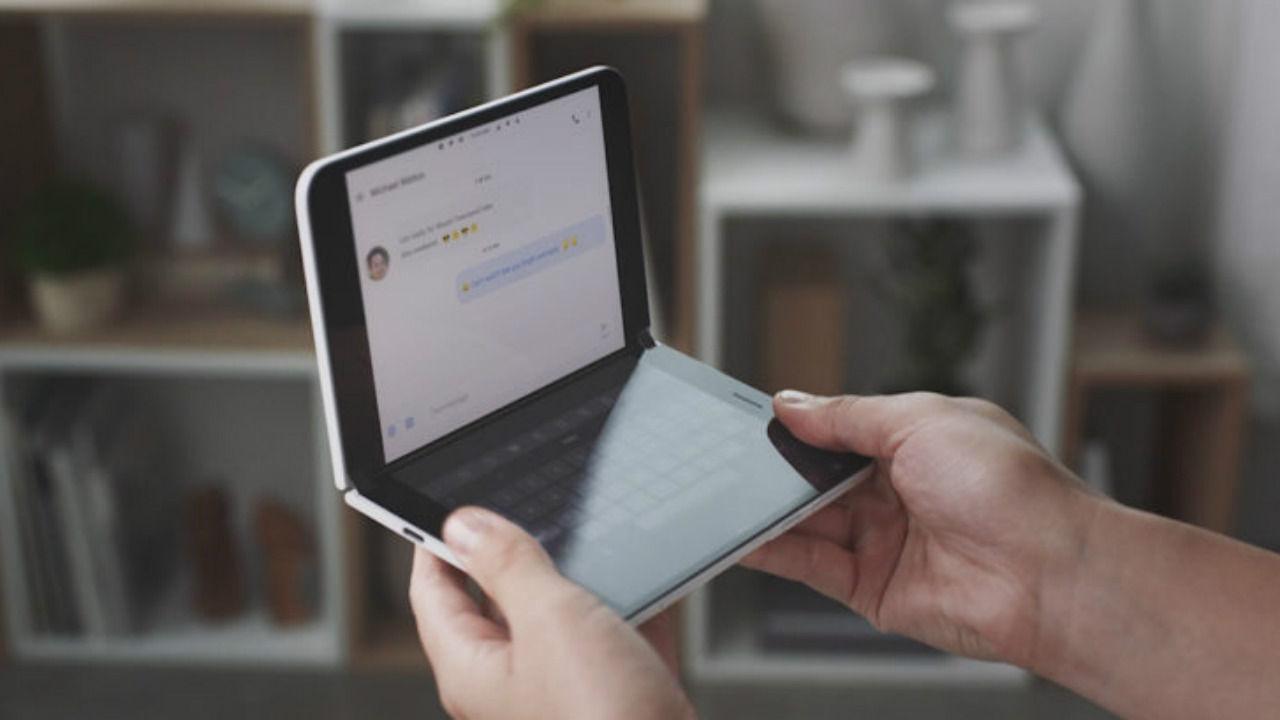 The Microsoft Surface Duo was spotted in a train

When Microsoft announced its new generation of Surface devices in October 2019, it also announced—to everyone’s surprise—a new smartphone called Surface Duo. As the name suggests, it’s a dual-screen device that folds out like a book. Even though there are at least nine months to go before Microsoft rolls the Surface Duo out in the market, it was recently spotted in a train in the hands of an unknown user (thought to work for Microsoft) in Vancouver, Canada.

The photos and videos taken by Twitter user Israel Rodriguez reveal that the Surface Duo has a round white dot on the top bezel, which, when compared with today’s smartphones, is far from being slim. The white dot could be a temporarily masked front flash. Rodriguez’s material also suggests that the Surface Duo does not have any rear cameras. Since it’s a dual-screen device that can be flipped around, the front camera is expected to double as the rear camera.

This suspicion that the Surface Duo has a camera only on the front side can be confirmed by the teaser video that Microsoft released last year, which also shows a camera-free back panel on the Surface Duo. If that is the case, the Surface Duo will not be a photographer’s phone. It most likely won’t have separate sensors for macro and telephoto photography, the way many flagships these days do. At any rate, we’ll have to wait for a few months before any verifiable information about the device starts flowing in.

On the inside, the Surface Duo is believed to feature a Qualcomm Snapdragon 855 chip. Each of the two screens on board is said to measure 5.6 inches diagonally, although their resolution is not known. Microsoft’s teaser video clearly showed that the device runs Android with support for apps from the Google Play Store, and not Windows 10. Though the Surface Duo runs Android, we can expect Microsoft to layer it with the Microsoft Launcher. You can take a look at that here.