The images of the Google Pixel 3a retail box also suggests that the phone will have a 5.6-inch display. 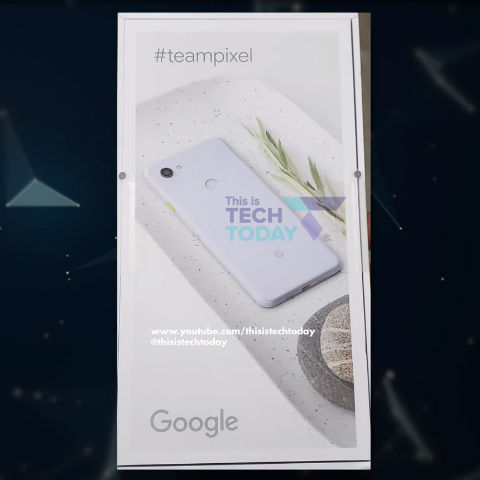 In less than a week’s time, Google will launch the watered-down versions of Pixel 3 devices at its annual developers conference, Google I/O. Called the Pixel 3a and the Pixel 3a XL, the phones have already been leaked several times and in the latest development, images of the retail box of the smaller Pixel 3a have been spotted in a video. The box shows that the phone sports a 5.6-inch display and purple-ish colour - somewhat confirming the rumoured information making rounds on the internet. The Purple colour could also have something to do with Google's partnership with Avengers: Endgame.

The images of the Pixel 3a retail box were leaked by one Brandon Lee on his YouTube channel 'This is Tech Today'. In the video (see below), Lee says that although the images show a 64GB storage variant, it will also be available in a 128GB storage option. When it comes to the display size, it has been constantly reported that the Pixel 3a will come with a 5.6-inch display with a resolution of 2220×1080 pixels. The retail box, however, only confirms the panel size. There is no information on the supplier of the display panel. In comparison, the Pixel 3 had a 5.5-inch pOLED display with a FHD+ resolution (2160 x 1080p). 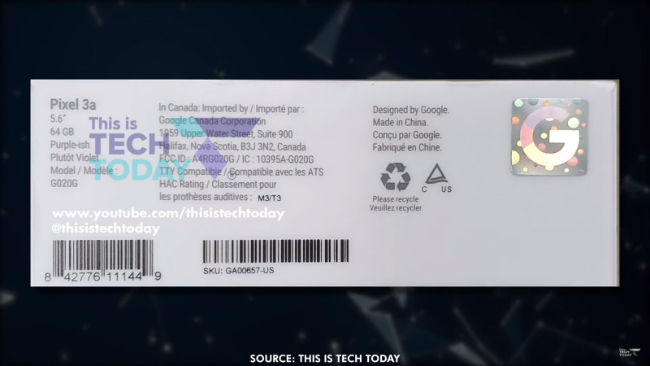 Now coming to the colour of the phone, last week tipster Evan Blass shared an image of the alleged Pixel 3a in a ‘Thanos Purple’ colour. Thanks to the latest leak, we might know what this shade will be called. The retail box mentions “Purple-ish” colour variant and the image on the box shows a bright yellow power button, similar to what was seen in the image that Blass shared on Twitter.

Google has been naming the Pixel colour variants in a quite unconventional way. For example, the Pixel 2 was available in “Kinda Blue” colour - a very light shade of Blue colour. The Pixel is being offered in a very light shade of Pink and is called “Not Pink.” The “Purple-ish” colour is assumed to be a subtle light purple colour. 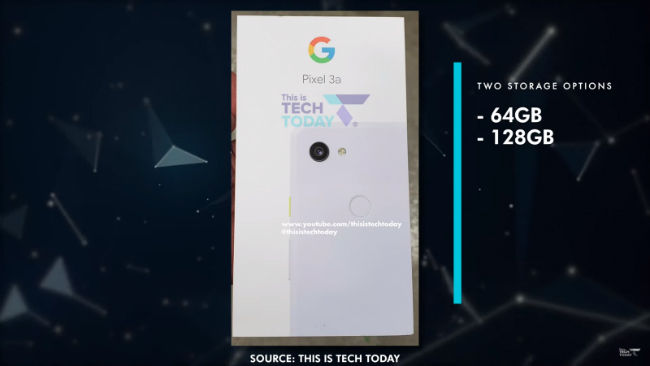 Rumours have suggested that the phones will be offered in both Clearly White and Just Black colours as well. Additionally, both the phones are speculated to have Active Edge feature that lets users squeeze the phone to summon the Google Assistant, the Titan M security chip, eSIM support, and 64GB of local storage. When it comes to the camera, both the phones are expected to have the same 12MP camera on the back and an 8MP wide-angle front shooter as it was found in the Pixel 3 and Pixel 3 XL.

Under the hood, the smaller variant is claimed to have Snapdragon 670 SoC with 4GB of RAM, and it may draw power from a 3,000mAh battery. The larger variant may ship with a Qualcomm Snapdragon 710 mobile platform with 4GB of RAM. Both the handsets are slated to run on Android 9 Pie, sport USB Type-C port, and a 3.5mm headphone jack. 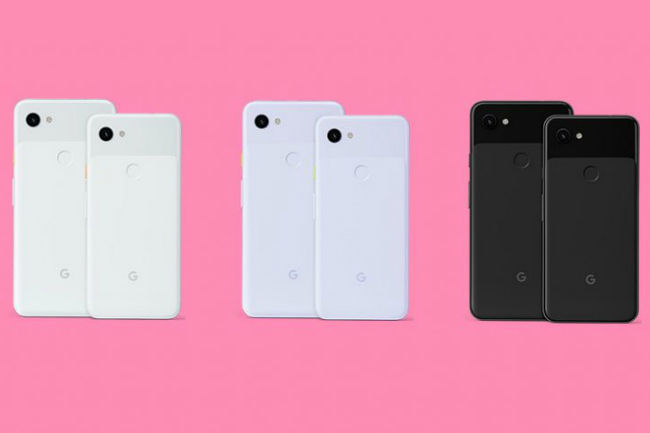