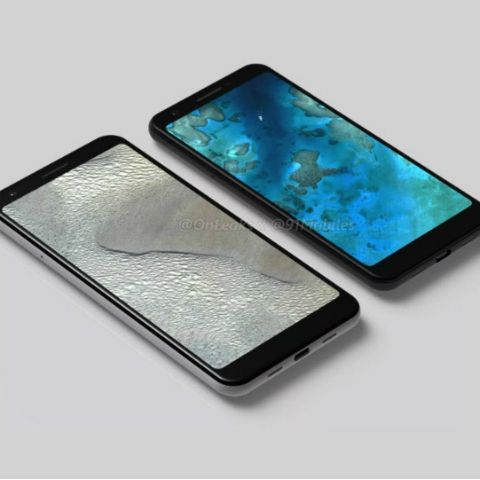 It has been widely reported that Google is working on mid-range Pixel phones to increase its market share. However, the prices of the phones, which may be called the Pixel 3a and the Pixel 3a XL, were not known. Last month, the alleged European prices were leaked and now a Reddit user claims to have the Canadian price of the phones. When we converted the alleged prices of the two mid-range Pixel phones from Canadian Dollars into Indian Rupees, they are more-or-less similar to the European prices leaked earlier.

When you put these prices against the Pixel 3 Series of phones (the Google Pixel 3 is priced CAD $999 and the Pixel 3 XL costs CAD $1,129) these prices look credible. Further, the Reddit user says that this is ‘carrier’ pricing rather than direct from Google. This could mean that the original pricing could be (CAD) $30-$100 less than the leaked price.

Recently, a report said Google is testing both the mid-range offerings in India. Famous tipster Roland Quandt claimed that the price of these two devices will be very low in the country when compared to the pricing in Europe and the US. He noted that the Pixel 3a was valued at $300 (approx Rs 21,000) and the Pixel 3a XL was $350 (approx Rs 24,300) when they were imported for testing in India.

Quandt did not rule out the fact that the prices could only be the import values and when the phones launch, they could be priced more than $300 and $350 respectively. When it comes to specs, the smaller mid-range Pixel is claimed to have a 5.6-inch OLED display and the Pixel 3a XL may sport a 6-inch OLED panel. The Pixel 3a’s display is speculated to come with a resolution of 2220×1080 pixels at 440dpi.

Both the phones are said to have Active Edge feature that lets users squeeze the phone to summon the Google Assistant. Google's Titan M security chip is also expected on the phones. In addition, eSIM support and 64GB of local storage is expected on the devices. In the camera department, both the phones may have 12MP camera on the back and an 8MP wide-angle front shooter. The phones are speculated to be offered in both Clearly White and Just Black colours, but Google may also launch a third colour with an aim to sell more units.

Under the hood, the smaller variant is claimed to have Snapdragon 670 SoC and 4GB of RAM, and it may draw power from a 3,000mAh battery. The larger variant may ship with a Qualcomm Snapdragon 710 mobile platform with 4GB of RAM. There is no information on the battery capacity of this one. Needless to say that both the handsets are slated to run on Android 9 Pie, sport USB Type-C port, and they could sport 3.5mm headphone jack.