Google I/O 2019 is slated to commence on May 7 and on the first day, the company is rumoured to announce two new Pixel phones. Numerous reports and leaks suggest that the company is preparing to launch the Pixel 3a and Pixel 3a XL smartphones. These new handsets will reportedly be less expensive variants of the current Pixel 3 devices. Thanks to the tipster Evan Blass, we got a high resolution leaked render of the Pixel 3a earlier this week and the tipster has again posted an image of the phone. This time, however, the handset sports a very light shade of purple, which some fans of the Avengers movie are flippantly calling ‘Thanos Purple’ variant.

The new image shows off the alleged Pixel 3a from the back with a rear-mounted fingerprint sensor and the Google logo on the bottom. A single camera module is on the top-left corner and on its right is an LED flash. Do note that the power button on the device is bright-yellow, which is different from the white coloured image of the phone, which sported a dark orange coloured power button. Same as last time, Blass has not revealed any specs of the upcoming device but one additional thing we noted from the previous render of the device where its display was shown off, was the date. The company recently teased an announcement that stated “big is coming to the Pixel universe,” and as we mentioned above, May 7 is the first day of Google I/O 2019 and the same date is on phone’s render. 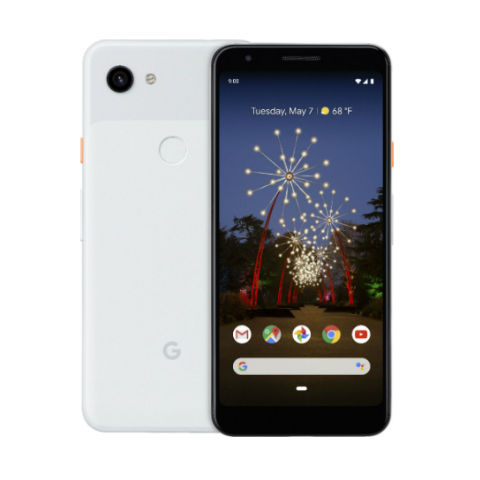 An earlier report suggests that Google Pixel 3a(₹ 30999 at flipkart) and Pixel 3a XL might come equipped with a 5.6-inch and 6-inch OLED displays, respectively. The Pixel 3a XL is hinted to be powered by the Qualcomm Snapdragon 710 SoC, coupled with 4GB RAM. On the other hand, the Pixel 3a could be backed by the Snapdragon 670 platform with 4GB RAM and a 3000mAh battery. Both the phones are expected to be announced running on Android 9 Pie. Google could also bring back the headphone jack, which it killed off with the Google Pixel 3 smartphones.