Google Pixel 3a, Pixel 3a XL ‘Notify Me’ page goes live on Flipkart teasing May 8 availability

Those interested in buying the new Pixel 3a family of phones can register their interest on Flipkart. Pre-orders could go live on May 8. 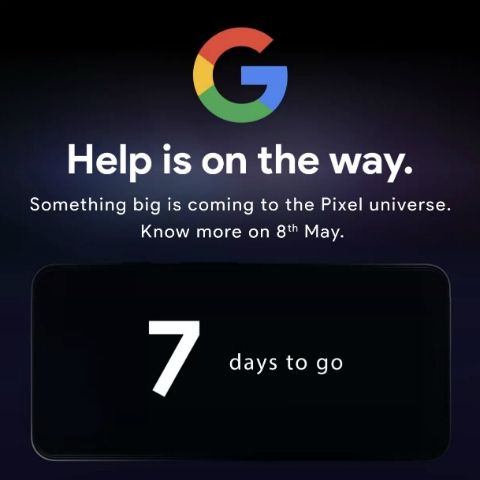 All eyes are on Google as its annual developer conference, Google I/O 2019, nears opening. The Mountain View-based technology giant will be making announcements about its new Pixel 3a and Pixel 3a XL smartphones, Android Q, Stadia and a lot more at the event. A week before the new, more affordable Pixel phones are unveiled, Google has started teasing their launch in India through Flipkart.

The e-commerce platform will be hosting the sale of the Pixel 3a and Pixel 3a XL and has put up a ‘Notify Me’ page on its mobile app for those who are interested in buying the devices after their announcement at Google I/O 2019. The Flipkart page teases, "Something Big is coming to the Pixel universe. Know more on May 8." It's possible that Flipkart will open pre-orders for Pixel 3a and Pixel 3a XL starting May 8.

While I/O starts on May 7, In India, it will be May 8 by the time the new Pixel phones are officially revealed. The keynote address starts at 10AM PDT or 10:30PM IST on May 7. The phones are expected to be unveiled during this keynote.

Pixel 3a and Pixel 3a Specs

Both the Pixel 3a and Pixel 3a XL recently received Bluetooth certification, confirming the names of the smartphones. Renders of both devices have also leaked in the past and unfortunately, just like Pixel 3 and Pixel 3 XL, Google has had a difficult time keeping details about the phones under wraps. However, specs leaked so far are subject to change and the leaks have not been very reliable.

The Google Pixel 3a(₹ 30999 at flipkart) and Pixel 3a XL are expected to come equipped with a 5.6-inch and 6.3-inch OLED displays, respectively. Under the hood, they are expected to be powered by the Snapdragon 670 platform coupled with 4GB RAM. The Pixel 3a could be backed by a 3000mAh battery. Both the phones are expected to be announced running on Android 9 Pie and would be the first to receive the Android Q update when it gets rolled out eventually. Google could also bring back the headphone jack, which it killed off with the Google Pixel 3 smartphones. Rumours also suggest that the phones will feature Google’s Pixel Visual Core chip for image processing.