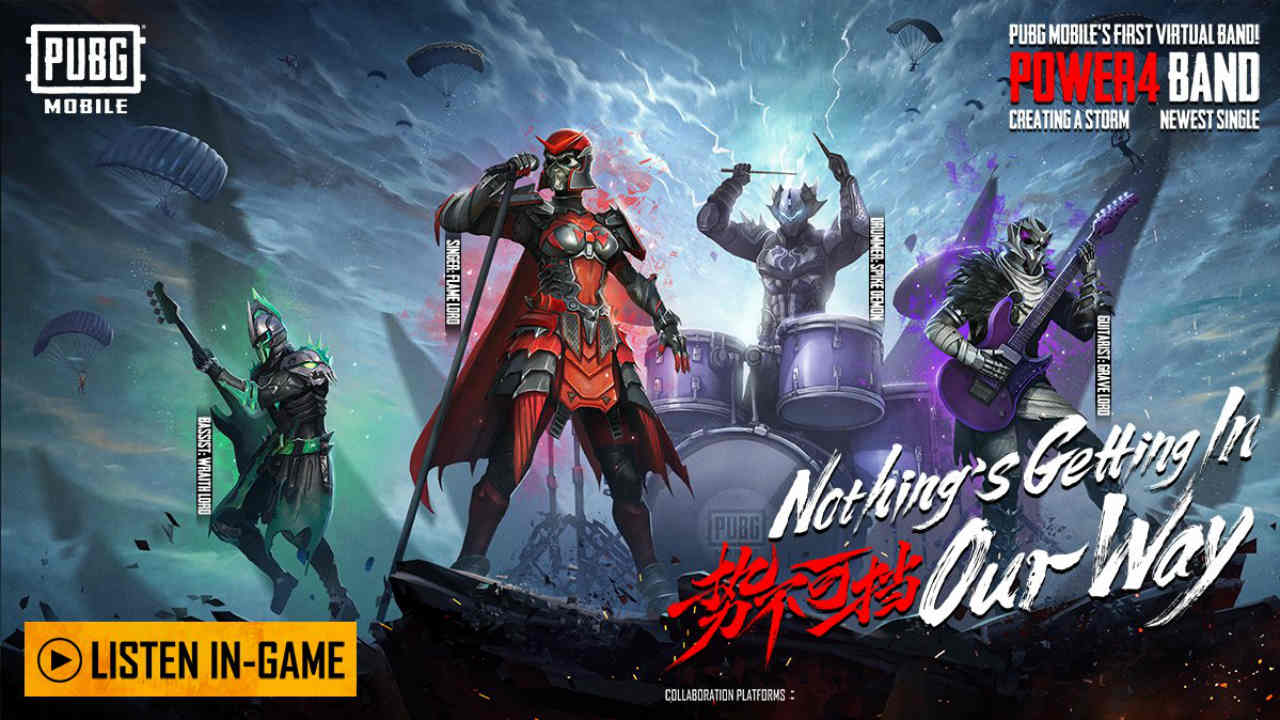 It seems like the banning of PUBG Mobile in India hasn’t put a dent in the game’s plans. In fact, the developers are going full steam ahead as though nothing happened. According to a tweet put out by PUBG Mobile, the game now has its own virtual band called the Power4. In fact, the band has already released a single called ‘Nothing’s Getting In Our Way.” The single can now be heard in-game.

The @Power4Band first single, "Nothing's Getting In Our Way", is now available to hear in-game! Not only that, all four of their outfits are officially up for grabs now!

The virtual band features the Flame Lord as the vocalist, Wraith Lord on bass, Grave Lord playing the guitar and Spike Demon as the drummer. The outfits for all four of the band members will be available to players.

Of course, that’s not the only thing that PUBG Mobile developers have in store for players. The Beta version of PUBG Mobile has received a new mode called ‘Metro Royale Mode’. The new mode is a part of a partnership between PUBG Mobile and Metro Exodus. The new mode sees the additional survival-based gameplay elements to the game. There is also a new map that features a number of underground sections with pushcarts that players can use to get around. It also lets players start the game with a loadout. But the weapons and attachments need to be scavenged and returned to the player’s base in order to be used again.

Of course, all this is kind of moot for most Indian players as the game is still banned in the country. However, some players are still managing to play the game by circumventing the ban. However, for its part, it seems like PUBG Mobile is also finding and banning such players. You can know more about the current state of PUBG Mobile in India, click here.