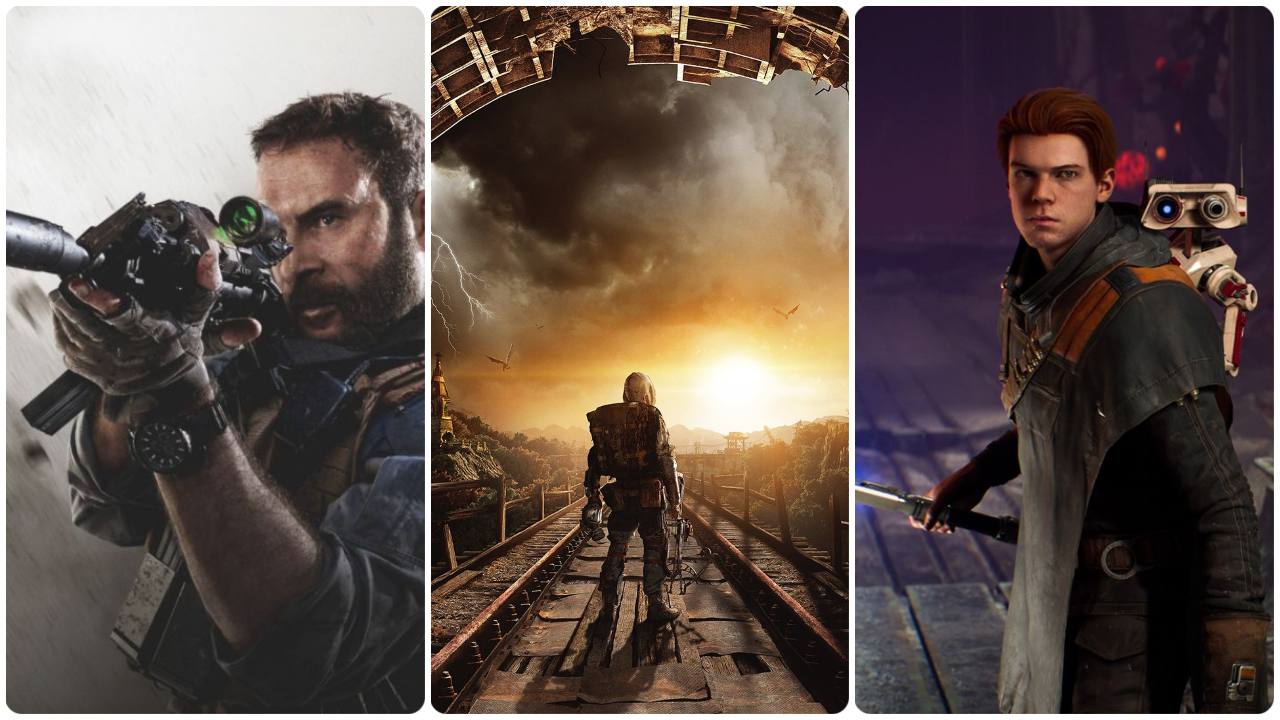 2019 has been a great year for gaming. We’ve gotten a close look at some of the specifications and features of the next-gen consoles and Microsoft even lifted the veil of the design and name of the next Xbox - the Xbox Series X. You can read more about the upcoming Xbox here and the details of the upcoming PlayStation 5 here. Despite the next generation of consoles around the corner, 2019 saw the release of some highly anticipated games, along with a few surprises. Today we will list for you what we think are the best games to release in 2019. Please note that this list is in no specific order.

Eyebrows were raised and scepticism high when we learned that Respawn Entertainment, a studio behind FPS games like Titanfall was making a third-person action-adventure game based in the Star Wars Universe. Adding fuel to the fire was the fact that EA was publishing the game. However, we are glad to say that Star Wars Jedi: Fallen Order is a fantastic game. It brings together elements from great games like Sekiro, Uncharted and more in a single package, making you feel like a true Jedi. Not to mention the fact that the game has a fantastic story as well. (Read our Star Wars Jedi: Fallen Order Review here)

Taking the best that Dark Souls had to offer and combining it with the fast-paced action of Nioh is the best way to describe Sekiro. The story of the game may be simple, but it is the challenging gameplay and gorgeous visuals that will keep you hooked. We just wish the game weren't so difficult.

The remake of Resident Evil 2 is proof that if a classic game is remade the right way, it has a chance to stand out from the crowd. The visuals of the game look fantastic on a 4K HDR TV and the atmosphere in the game will ensure you sleep with the lights on for a few days at least. The story of the game, along with its simple yet elegant puzzles and the intimidating Mr X are more than enough to keep you engaged. The cherry on the cake is the fact that you can play the campaign from two different perspectives and the second playthrough is different from the first.

All good things come to those who wait and fans of Devil May Cry have waited more than a decade for a sequel to DMC 4. I’m happy to say that the wait has been totally worth it. The game lets you play the story from the perspective of three different protagonists and the newest of them, V, has a unique play style that mixes up the game mechanics. Familiar yet new is the best way to describe DMC and that's just how we like it. (Read our review of DMC 5 here)

A surprise entry in the Battle Royale genre in 2019 was Apex legends. The free-to-play game brings with it the best elements of Titanfall in a Battle Royale environment. Unlike Titanfall, Apex Legends doesn't have Titans but has fast and fluid first-person gameplay is what Respawn Entertainment is known for.

The name may be the same, but the game is certainly different. On PCs and consoles, the new Call of Duty: Modern Warfare is a visual treat especially for PC players sporting an RTX card. After a long time, we have a Call of Duty game that brings with it an engaging campaign as well. If you are a Call of Duty fan, chances are you’ve played the game. But if you have stayed away from the franchise, then this is a good time to jump back in.

Looking at the visuals of Mortal Kombat 11, one would be hard-pressed to believe that the game was made using the Unreal Engine 3. Not only does the game look stunning, but the developers have also reworked some of the mechanics to spice up the gameplay. In MK10, you could pull the two triggers on your controller once your special meter was full to perform a special attack. In MK11, you can do so once per match and only when your health is critically low. This mechanic, in addition to reworked defensive and offensive special attacks, makes MK 11 a fresh experience. (Read our review of Mortal Kombat 11 here)

Metro Exodus has evolved the franchise from being a corridor shooter an open-world game. Granted, more than an open world, you have vast open maps to explore but each map brings with it new side objectives, multiple ways of tackling a mission and different endings based on how you play the game. The gunplay, story and stealth mechanics are a step in the right direction for the franchise.

Another game to grace itself with open areas to explore is Gears 5. Gears 5 brings with it a strong campaign and multiplayer. Not to mention the fact that it is a technical showcase for HDR and 4K 60fps gaming on a console. The light RPG elements are a welcome change in Gears 5 and yet, if you don't like them or don't want to use them, you can play the game old school style. (Read our review of Gears 5 here)

One look at the visual fidelity of A Plague Tale: Innocence and you could be forgiven for thinking it is the work of a AAA studio like Naughty Dog. However, the small team at Asobo Studio that has made this game has ensured it gives players a cinematic story experience.

If you are looking for a fun-filled casual racing game without investing in a Nintendo Switch, then you should check out Crash Team Racing Nitro-Fueled. The game brings together iconic characters from the Crash Bandicoot franchise and some very clever level designs and power-ups. This is one that can entertain casual racing fans and is a great game to fire up at a party.

What happens when a talking banana tells you what to do? You end up causing a lot of mayhem with some slick moves and bullet-time that puts Neo to shame. That's the best way to describe My Friend Pedro. A 2.5D game, My Friend Pedro blends old school platforming with slick action to give you a fun-filled experience.

This is what Fallout 76 should have been. The Outer Worlds is an FPS RPG game with a lot of content waiting for those brave enough to explore the world. Every mission has multiple ways of tackling it and based on the abilities you upgrade. You can either smooth talk your way past a situation, go in guns blazing or take the silent approach. The number of ways you can tackle a mission is enough to warrant multiple playthroughs.

Remedy, the masterminds behind games like Quantum Break, Max Payne, Alan Wake, and more, bring a mind-bending story with some spectacular action. Control is not only a treat to play with its clever level design and fantastical abilities, but also a showcase for Ray Tracing for those gamers rocking an RTX GPU in their PC. (read our review of Control here)

Darksiders Genesis is a reimagining of the Darksiders franchise that drifts far from the third-person action-adventure formula employed by the first three games. It is also the first game to let players take control of the fourth horseman - Strife. The game’s top-down perspective doesn't take away from the action. Add to it the fact that the game can be played single-player, multiplayer online and split-screen and you have one game that you can enjoy just like the glory days of couch co-op.

Call of Duty Mobile has proven that smartphone gaming is not only for the casual audience. The game brings with it stunning visuals and a host of modes to keep you gaming with your friends for a long time. Since most of the gamers in the Digit office are PC and console gamers and we still resort to playing a couple of COD: Mobile matches per day is a testament to the quality the game brings.