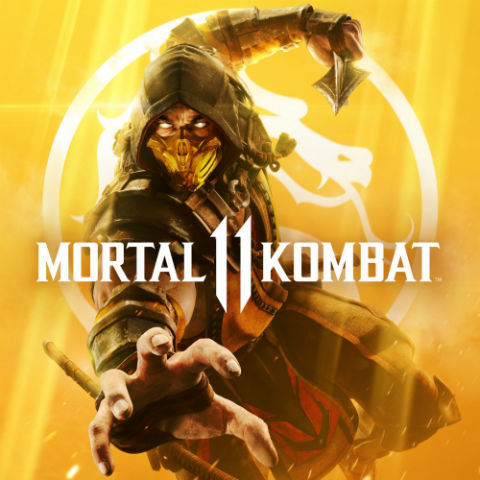 Mortal Kombat 11 has launched for the Nintendo Switch, Microsoft Windows, Xbox One, PlayStation 4. MK 11 is a 2D fighting game with a story mode.

Mortal Kombat has been a household name in fighting games since the days of the arcades and a great thing about the franchise is that it hasn't shied away from experimenting with changing technology. We have seen the game shift to the third dimension, reduce the blood and gore (we are looking at you babalities) and continuously refresh the roster of playable characters. If there is one thing that has changed with the past three iterations of the games, it is the accessibility that it brings to new players who aren't pros at fighting games. One such example is the special move meter from MK 10 that filled up throughout the fight and can be used to perform a special move. This mechanic has been reworked with some other gameplay mechanics making the game feel fresh when compared directly with MK 10. Is it a worthy addition to your collection? We find out!

There is no hand holding here. Either you are aware of the lore of Mortal Kombat or you are in the dark. The story picks up where MK 10 left off. Raiden has become the bad guy ever since he killed Shinnok and took his amulet. The new antagonist this time around is Kronika who is looking to manipulate the sands of time for her own benefit. The result of this is literally a blast from the past. The “good” and younger versions of Raiden, Liu Kang, Kung Lao, Sonia, Johnny Cage, Shao Kahn, Baraka and more are brought to the future to deal with the breakage in the space-time continuum. Since this is a blast from the past, it is no wonder the developers decided to use the theme music from the original Mortal Kombat movie in the launch trailer of the game.

The story is cheesy as ever and throughout the 6-hour campaign, you will get a chance to get your hands dirty with a number of characters. There are a number of new characters thrown into the mix as well including Jacqui Briggs, Skarlet and Cetrion to name a few. As with every Mortal Kombat game, there are unlockable and downloadable characters including Shao Kahn, Frost and Shang Tsung. We expect to see more characters launching as time passes.

What’s best about the story is the confrontations between the past and present selves of some characters. Liu Kang and Kung Lao have serious karmic conversations with their time travelling selves, whereas Johnny Cage’s interactions with his future self are quite comic. As with every MK game, the dialogue, character motivations and progression is quite comical, but this time, the game has a good balance between cheeky humour and storytelling that I enjoyed.

Overall, the story may not appeal to all, especially newcomers to the franchise, but then again, this isn’t a story driven game. This is a game about beating the crap out of your opponent. The story is there for fan service.

Like I said above, the Mortal Kombat franchise isn’t afraid to delve into new directions even if it hasn’t worked out in the past. This time, however, the changes to gameplay have worked in the game's favour even if some of the game modes have not. Let's kick things off with the gameplay.

The two biggest changes are that there is no run ability and your special combo is limited to one per fight. That's right, not one per round, but one per fight. And you can only use it when your health is critically low. This adds a whole new dynamic to the strategy one employs in a fighting game. If in round one your opponent has beaten you to a pulp, and you haven't drained much health, it makes sense to hold off on the special move for round two where you can make it work to your advantage. On the other hand, if using it in round one ensures you can defeat your opponent by a hair, it may be worth it but remember, your opponent has his special move for round two. For the first time, my trigger happy fingers were wary and calculating before performing a special move making me think more like a strategy player than a fighting game player which at first felt very weird but later became second nature.

There is also a defensive meter and an offensive meter that can be strategically used to break defence or offence of an opponent respectively. The catch is that this has to be perfectly timed. For example, if an enemy is about to uppercut you, you need to perform a defensive action at a precise moment, to break his uppercut and deal some damage to him. Similarly, if an enemy is attacking, you need to time your move (combo) right to deal more damage and use the offensive meter. Since these meters are tied to specific buttons, their use has to be learned and mastered.

The rest of the combat is similar to game past with some refinements and additions in moves. There are still environmental objects that can be used to hit opponents along with being used to traverse the battleground.

A new edition is a tower conquest mode called Towers of Time and this mode is a mixed bag. Just like some of the early games in the series, you chose a character and climb a tower, fighting different opponents as you rise. The catch is that these aren't just simple fights. Some of the fights come with challenges such as enemies have more health, you can’t get too close to an enemy for too long, so on and so forth. This takes away from the core theme of the game which is close quarters combat.

The biggest downside to the Tower of Time conquest is that they are too challenging, especially for new players to the franchise. Thankfully, NetherRealm Studios has taken note of this and tweeted, “We appreciate the feedback on #MK11 so far! We’re continually optimizing on each platform based on your feedback. To address recent concerns around Towers of Time and the Krypt, a patch will be rolling out ASAP. Apologies for any inconvenience this has caused.” Hopefully, after the patch, the mode will be more accessible to newcomers and the rewards for the challenge will be equally sweet.

There are also character customisation options and even though they look plentiful, most of them are just colour variants of different skins. Still, the variety ensures your characters look unique in online matches.

Overall, the game holds true to the “easy to learn hard to master” formula with new strategic combat elements thrown into the mix. With a roster of 23 playable characters with more coming via DLC, this is one game you can spend days trying to master. The gameplay is fun as ever and all the changes here are in the right direction.

Mortal Kombat X’s visual fidelity was so good, I didn't think a fighting game could look better on the current consoles. I wasn't wrong about this assessment, but developer NetherRealm Studios has done a great job refining the visual fidelity of the game. From the move set animation of each character to the projectiles casting shadows and even the hit animation, all of them have seen a refinement that makes the overall experience smooth. Like with previous NetherRealm Studios games, the environments in which these battles take place are lush and alive. From the open battle arenas, industrial areas and even the indoor caves, each environment has some element or the other that's moving, working, breathing giving it a lively feel and not just a static background. Sometimes, the projectiles or environmental elements in the game that you can use also add some changes to the environment. This is similar to what we saw in MK X, but it has seen some changes and improvements for MK 11.

Signature character dialogues to the thuds and bangs of your knuckles colliding with an opponent's ribs, and even the sounds a character makes while performing a combo (yes, Liu Kang is the one we are looking at here) is stable of what the franchise is known for. The sounds of the gritty fight, along with the background score, does give you an adrenaline rush to keep the fight going. Not to mention the silence in background score when you perform the special move so you can hear every bone in your opponent's body break - satisfying! The sound design and sound signature of the game is true to what the franchise has seen in the past and that isn't a bad thing at all considering how good the sound design of MK X was.

MK 11 is one for the die-hard fan while maintaining accessibility for new players. The changes in gameplay mechanics require a learning curve even for veteran players and that's the appeal of Mortal Kombat 11. If you are looking to change your fighting style, then yes, you can consider it. If you are new to the franchise then Mortal Kombat X makes more sense for you. It requires less strategic planning for a match and you can perform the special move multiple times per match. All this makes MK X more accommodating for new players. However, if you are looking for a challenge and want to learn the moves of earth realms protectors, then you can consider Mortal Kombat 11. It is a fun experience and more evolved game overall.

We played a review copy of Mortal Kombat 11.